Netflix subscribers don’t have much longer to wait as another epic season of Cobra Kai will be hitting screens in just under a month. After releasing an exciting new look at Daniel La Russo’s (played by Ralph Macchio) next fight, the series has confirmed The Karate Kid Part III villain Mike Barnes (Sean Kanan) will be facing off against Miyagi-Do.

Another of Daniel’s old enemies will be joining the fight for the valley in the upcoming fifth season of Cobra Kai.

In the third Karate Kid movie, Mike is hired by Terry Silver (Thomas Ian Griffith) to torment Daniel and face him at his second All-Valley Tournament.

Terry has since made his own dramatic return to the series and taken over Cobra Kai for himself after framing sensei John Kreese (Martin Kove) for an assault.

The latest trailer for the fifth season of Netflix’s hit spin-off series has confirmed Mike will once again pose a huge threat to Daniel, Johnny Lawrence (William Zabka) and their new ally, Chozen (Yuji Okumoto). 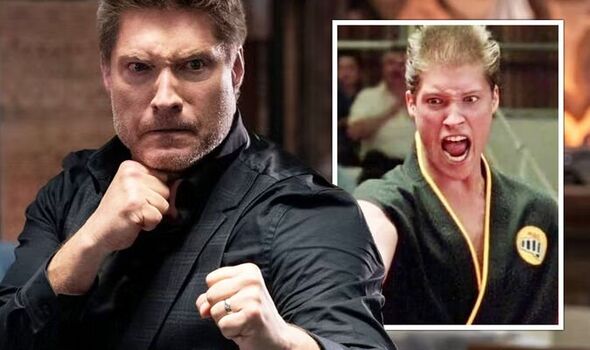 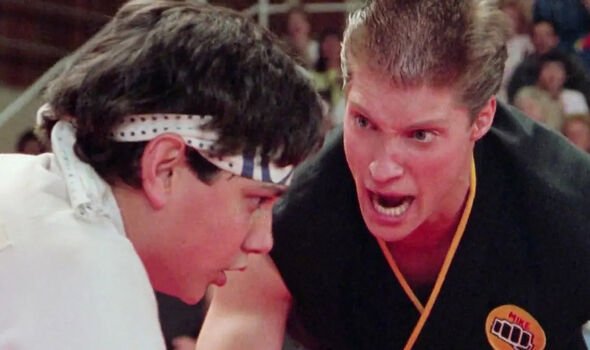 Announcing his return on Twitter, Sean wrote: “So excited to FINALLY announce that Mike Barnes will be a part of season 5!

“@healdrules, @jonhurwitz and @McSchlossberg wrote me an awesome story. Can’t wait for you all to see it!”

Fans of the show were thrilled to see yet another veteran karate master from the original series return to take on their favourite heroes.

Angie Theo replied: “Yessssssssssss! You just made my day!!!! Congrats!!!!” 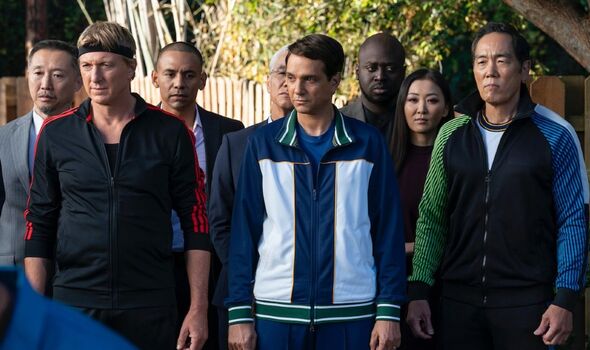 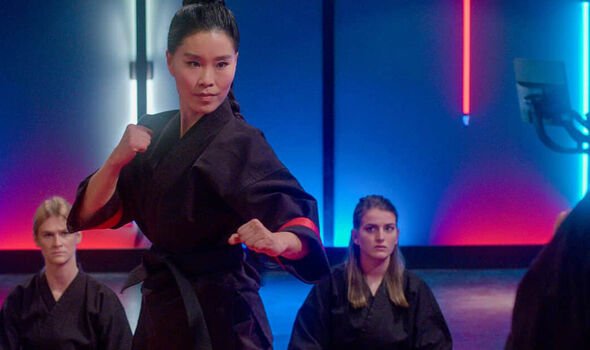 “I had a feeling when @McSchlossberg replied to my tweet and said ‘Be careful what you wish for, it may come true’.

“You are going to rock season five. Everyone is excited to see Mike Barnes.”

@CarlGartley tweeted: “It’s about time! Barnes is and should still be nothing but a menace! Haha can’t wait.”

@JimRomanovich exclaimed: “Had no doubt! Smart decision by producers and can’t wait to see what Mike Barnes has in store for the group! Congrats, buddy!”

Carl Rees speculated: “Amazing news! Barnes looks like he’s dressed as a waiter or something so I predict he’ll be working for a company who are hired to serve at a party hosted by Terry.

“It’ll probably kick off between them but eventually Terry will offer him a job to be part of Cobra Kai again.”

“Super smart move by Netflix to throw you into the mix. Can’t wait to see – and talk with – you. Congrats!”

“The intensity in his eyes, you really brought back the essence of Mike Barnes,” @T9696Gmail said of the first look at Sean’s return.

“Thank you Sean. I can’t wait to see how your return plays out.”

With Kreese out of the picture and Terry scheming to spread his vicious Cobra Kai karate students across the valley, Daniel and Johnny are in for the fight of their lives when the series returns.

Cobra Kai season 5 will be released Friday, September 9 on Netflix.