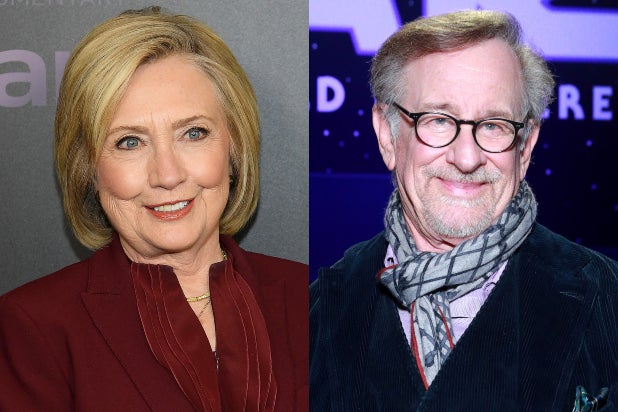 The CW has landed the political anthology drama “The Women’s Hour” from former Secretary of State Hillary Clinton and Steven Spielberg.

The project, which is in development on the script, will base its first season on Elaine Weiss’ book about the ratification of the 19th amendment, “The Woman’s Hour: The Great Fight to Win the Vote.” The TV project marks Clinton’s first time executive producing.

Weiss’ book, published in 2018, follows the story of the activists who led the decades-long fight to bring women the right to vote and reveals just how close the battle to ratify the 19th Amendment was. Spielberg’s Amblin Television options the rights in 2018 with Clinton’s help.

The logline for The CW drama is as follows:

The prospective first season of this new anthology drama will be based on Weiss’ critically acclaimed book, ‘The Woman’s Hour: The Great Fight to Win the Vote,’ and will shed light on the ferocious battle to ratify the 19th Amendment, the 100th anniversary of which was commemorated in August 2020. Each season of “The Women’s Hour” will celebrate those who changed history and have strong contemporary reverberations, appealing to today’s rising tide of young, politically active audiences.