Chris is best known for playing Jai Sharma on Emmerdale, the son of Rishi Sharma (played by Bhasker Patel) and the brother of Priya Sharma (Fiona Wade). Over the years, he has been involved in some high-profile storylines, from his romances to fathering a child and his addiction to drugs. However, life away from the ITV soap couldn’t be any more different for the actor and in a few years’ time, he will have a milestone birthday to celebrate.

According to the world of the Dales, the character Chris plays is 47 years old, having been born on 20 July 1975, meaning the businessman recently celebrated his birthday.

This means the actor doesn’t have to play someone who is a lot older or make himself younger and in three years’ time, they will both be marking turning 50.

Although the soap star is active on social media platforms, it doesn’t seem he has posted anything about how he celebrated his birthday last month.

It is likely he marked the occasion with his partner Rowena Finn and the couple’s two children, their eldest Harry and daughter, Ella Rose. 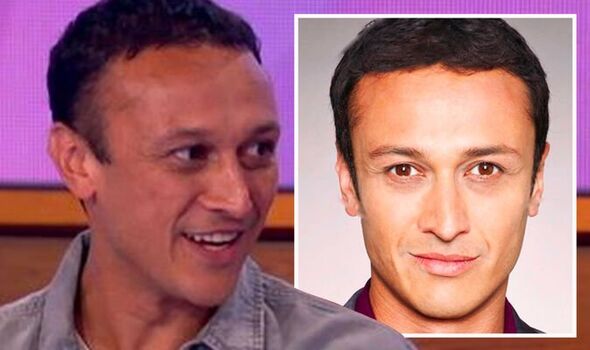 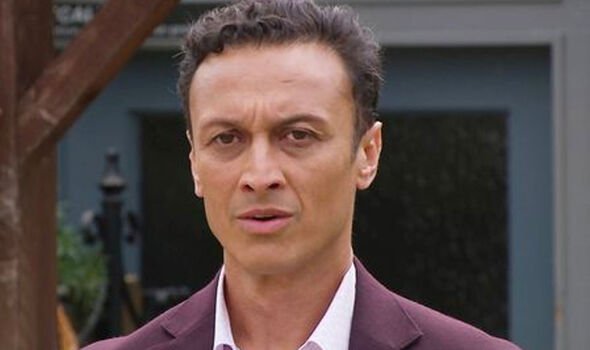 Having joined the cast of the weeknight serial drama 13 years ago, Chris would have been 34 years old when he made his first appearance.

However, this isn’t the first role Chris has had on television as his career actually started when he was just 15 years old.

This saw him star as the character of JJ on the show Children’s Ward and he featured in this for 13 episodes in 1990.

His next breakthrough role wasn’t until 1999 when he was cast as Vikram Desai in Coronation Street, the cousin of established character, Dev Alahan (Jimmi Harkishin).

Chris was on the serial drama until 2002 and just two years later, he landed another role as Kash Karib in Shameless. 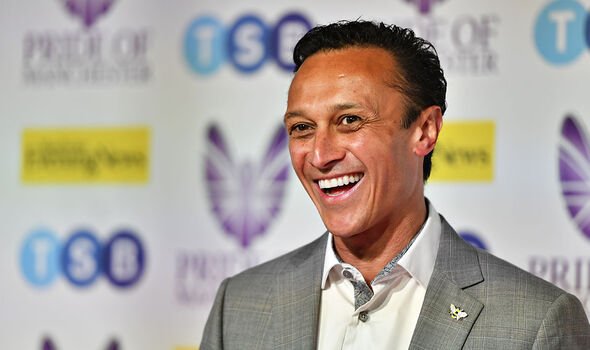 It was the best birthday present ever

This was a character he played for 19 episodes, making a regular appearance between 2004 and 2007 before returning in 2009.

Before he secured his regular role on Emmerdale, the actor also featured in smaller roles on other shows such as Casualty, Holby City, Doctors and Hotel Babylon.

His credits also include playing characters in some motion pictures, including films such as East is East, Death of a Socialist and Four Brothers and a Funeral.

It wasn’t until he was in his early 30s did he meet his fiancée, Rowena, with the couple having been together since 20006.

Rowena has been a huge part of making the actor’s birthday celebrations special, with his 40th being one he will always remember.

This was when Rowena broke the news to the soap star she was pregnant with their second child, with their eldest Harry being two and a half at the time.

The actor explained: “It was the best birthday present ever.

“For the first time I saw our baby’s face and she was sleeping with her little hand behind her head, just like Harry and I do.

“When she said, ‘You’ve got a little pink one,’ we were ecstatic. I’d hoped, deep down, that our second child would be a girl and my wish came true.”

“I’m so excited. After Harry was born, I was – and still am – totally besotted with him; I know I’ll love my little daughter with all my heart, too,” he added.

At the time, there were a lot of stars in the show having time off as they were also expecting children.

Discussing being part of his baby-boom, the actor said: “Everyone quipped that there must be something in the water at Emmerdale.

“Because my co-stars Charley Webb and Matthew Wolfenden are also expecting their second baby around the same time as us.

“It’s certainly true that there has been a bit of a baby boom at Emmerdale recently. Natalie Anderson gave birth to her son Freddie a few months before we had Harry,” he told HELLO! Magazine.

It seems although Chris is ageing, he isn’t in any hurry to leave Emmerdale and will continue to be at the centre of huge storylines.

Most recently, his character Jai has been struggling with the breakdown of his relationship with Laurel Thomas (Charlotte Bellamy).

This all came about as a result of Leyla Harding (Roxy Shahidi) making it seem as if Jai was taking drugs again when a bag of cocaine was found at the Take A Vow office.

In fact, it was hers and in recent episodes, it has been explained Jai was completely innocent in all of this but he did still accept a drug deal a few years ago when Laurel’s son was meters away.

It seems despite their troubled past, they will make a go of things in next week’s episodes following Marlon Dingle’s (Mark Charnock) wedding.

However, will they will be able to move on from their past for good?