THE rock world was stunned last night at the sudden death of Rolling Stone Charlie Watts.

The 80-year-old drummer recently pulled out of an upcoming US tour after a medical procedure. 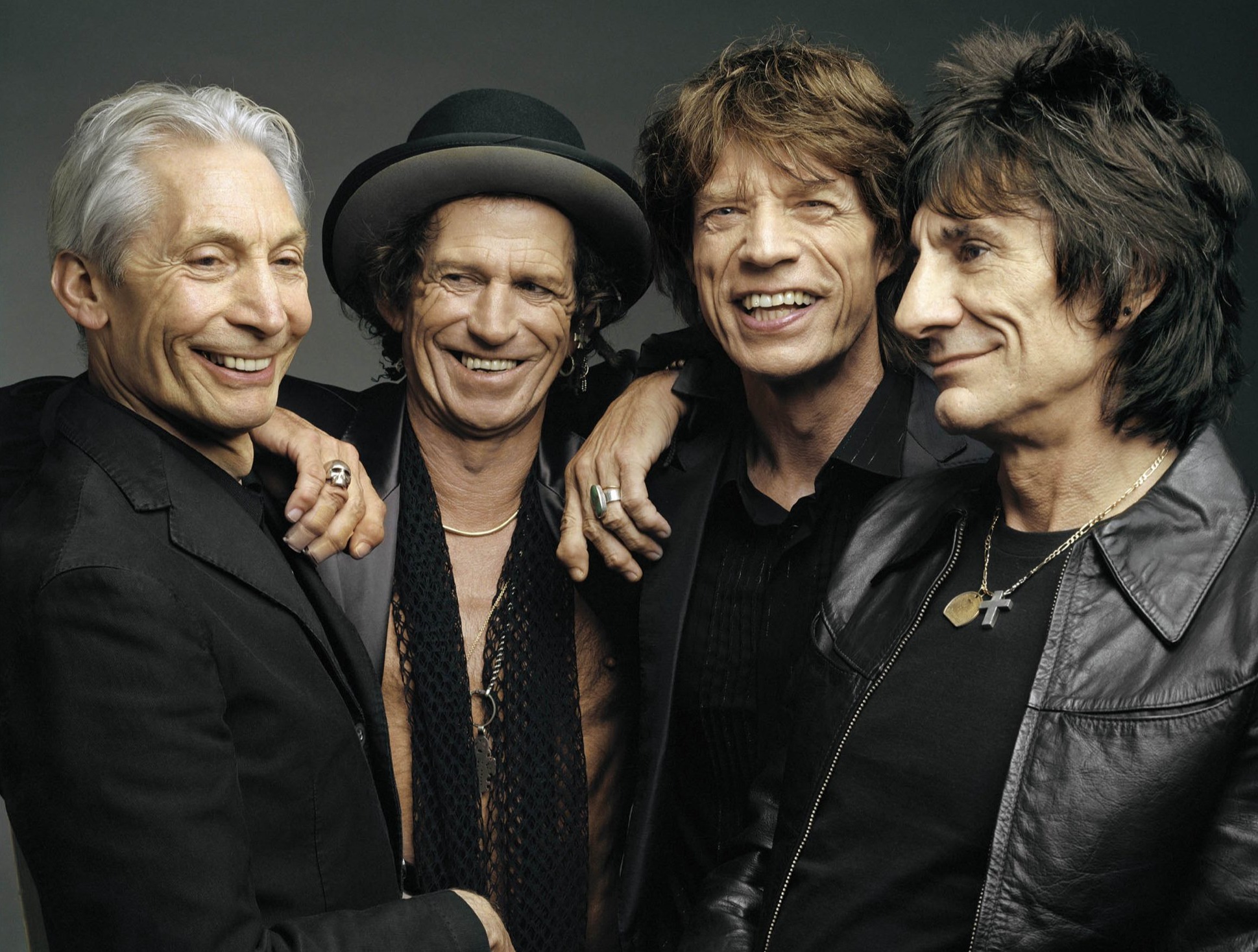 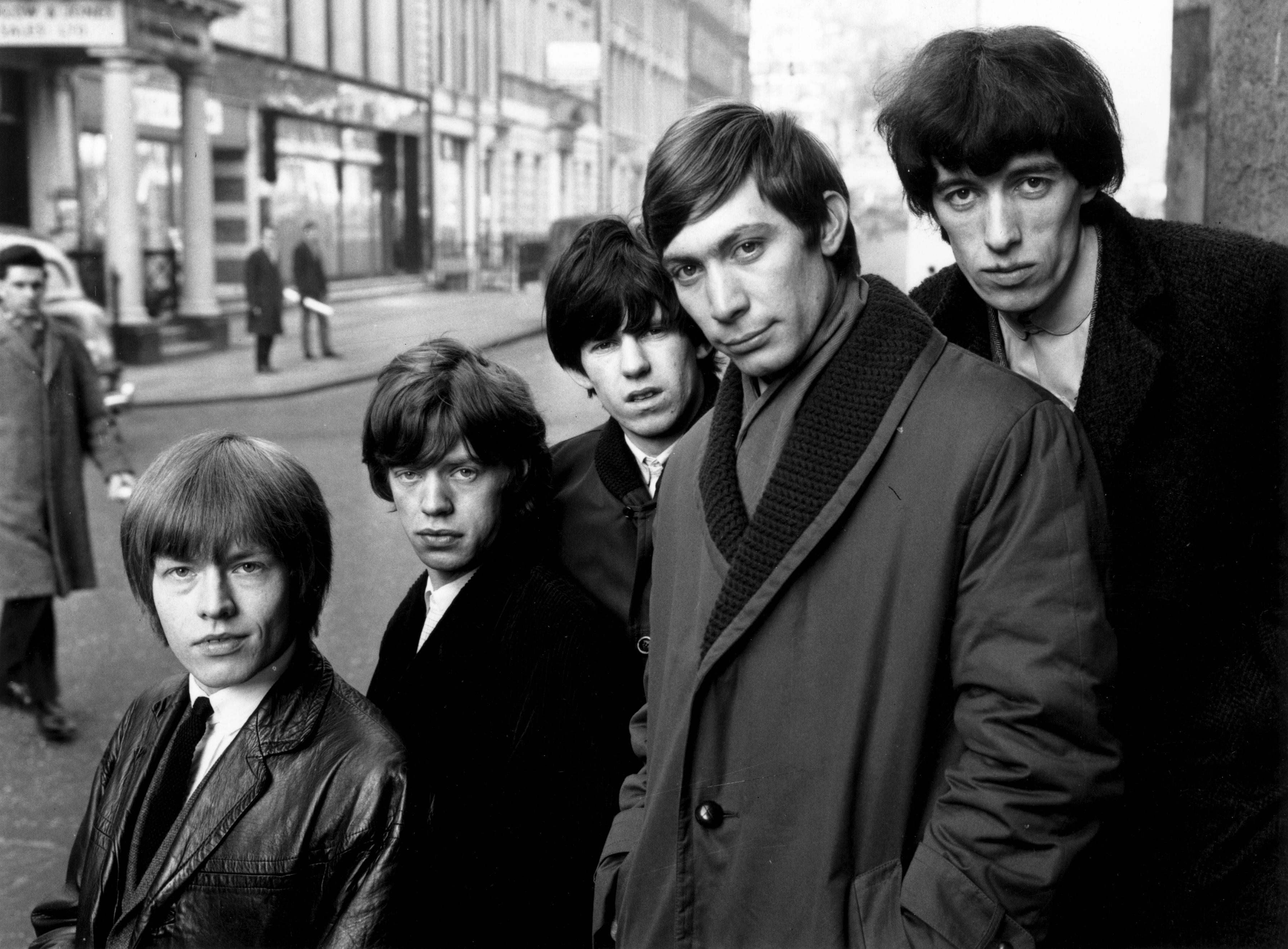 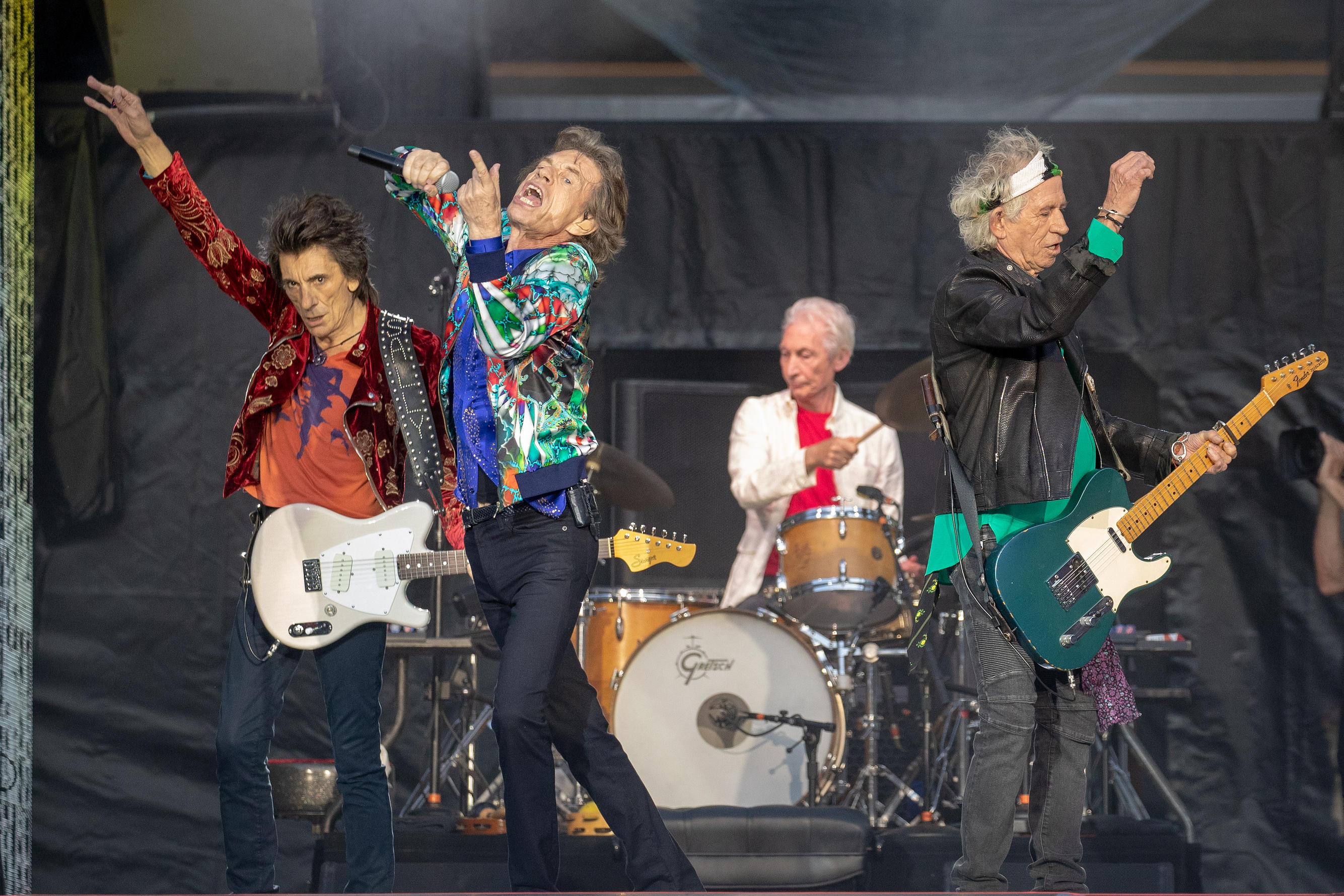 But a Stones insider said: “Things took an unexpected turn and it has come as a huge shock. Everyone in and around the band is truly devastated.”

Charlie, who died in a London hospital, was universally recognised as the Stones’ calm lynchpin.

In a statement the Stones said: “It is with immense sadness that we announce the death of our beloved Charlie Watts.

“He passed away peacefully in a London hospital earlier today ­surrounded by his family.

“Charlie was a cherished husband, father and grandfather and also as a member of the Rolling Stones one of the greatest drummers of his generation.”

In a recent interview with The Sun’s Something For The Weekend, bandmate Keith Richards said: “He’s absolutely the coolest guy I know, my aim is to get as cool as Charlie.”

Last night fans and musicians around the world and bandmates Keith, 77, Sir Mick Jagger, 78 and Ronnie Wood, 74, were in mourning for the mild-mannered Londoner.

Immediately tributes poured in from stars including The Beatles’ Sir Paul McCartney and Sir Ringo Starr, and Sir Elton John.

Sir Paul described Charlie as “a lovely guy” and “a fantastic drummer” who was “steady as a rock”.

The Beach Boys’ Brian Wilson said he was “shocked” to hear the news about Charlie, who he described as “a great drummer”.

Earlier this month The Sun, below, told how Charlie had stood down from the US leg of their delayed world tour after undergoing a medical procedure which resulted from a routine check-up.

The band hired session drummer Steve Jordan as a stand-in, stressing their intention to be reunited with Charlie as soon as possible after his recuperation.

He’s absolutely the coolest guy I know, my aim is to get as cool as Charlie.

An insider said yesterday:   “The band knew Charlie had been unwell and had to take some time out, but would never have tried to push on if they had expected it to be serious."

When Charlie was forced out of the US tour he said in a statement: “For once my timing has been a little off. I am working hard to get fully fit but I have today accepted on the advice of the experts that this will take a while.”

HEART OF THE BAND

Charlie had been a constant member of the Rolling Stones since 1963 — after meeting Richards, Jagger, and then bandmates Brian Jones and Ian Stewart on the jazz and blues scene.

Critics and musicians have ­frequently cited him as the heart of the band.

But even as the Covid pandemic swept the globe, Charlie kept us all entertained — even without his drum kit.

Headphones on, feet tapping, he delighted fans with his air drumming for the virtual One World: Together at Home gig live streamed in April last year.

It tickled Stones fans to discover the legendary sticksman did not have a drum set at home.

Charlie once said it was because his wife of 57 years, Shirley, didn’t like the noise.

At gigs, he would give an almost apologetic wave when he was introduced to the crowd, yet he got one of the biggest cheers.

Guitarist Keith once said: “He’s modest and shy and the idea of stardom horrifies him.” Keith would say: “No Charlie? No Stones.”

His dad, also called Charles, was a lorry driver, while his mum ­Lillian cared for Charlie and his sister Linda.

At Tyler Croft Secondary Modern School, he showed a talent for art, cricket and football. He adored jazz and at 12 years old, after being inspired by the composition “Walkin’ Shoes” by saxophonist Gerry Mulligan with Chico Hamilton on drums, he asked for his first kit.

It took two years to convince his parents to buy him one.

In the meantime, he tapped out rhythms on a banjo with the neck snapped off.

After school, he went to Harrow Art School, now part of the University of Westminster, and went on to work as a graphic designer for an advertising firm.

He had been part of the London jazz scene since he was a teen, and in 1961, the “founding father of British blues,” Alexis Korner invited him to join his group, Blues Incorporated. Ronnie Wood’s brother, Art, sang vocals, while fans included Jimmy Page, Rod Stewart and Mick Jagger.

But when Mick asked Charlie to join his own band at their first gig at London’s Marquee Club in 1962, Charlie turned him down.

It took six months of persuasion before he made his debut with the Rolling Stones in January 1963 at the Flamingo Club, in London.

LOVE OF HIS LIFE

A few months later, the Stones signed to Decca Records and ­Charlie gave up his day job.

He has Blues Incorporated to thank for bringing him the love of his life. He met sculpture student Shirley at the band’s first rehearsal, and married her in October 1964. Their daughter, Seraphina, was born four years later.

Charlie later had a granddaughter, Charlotte, and step-grandson, Dylan.

While the rest of the band were living the rock ’n’ roll lifestyle, Charlie was the sensible one.

He once said it was “because I’m not really a rock star,” adding: “I don’t have all the trappings of that.”

He held other members of the group to account — in one anecdote allegedly punching Mick in the face after the frontman referred to him as “my drummer”, quipping: “You’re my singer.”

For 20 years, he refused to do an interview. He invested the money from early hits to buy a 16th- century mansion in Sussex. Later his family moved to Devon, where he and Shirley owned an award-winning stud farm.

He once said: “The one regret I have of this life is that I was never home enough.”

Ever dapper in one of his 200-plus collection of suits, Charlie said: “I’ve always felt out of place with The Stones, just the way I look.

“I’ll have shoes on and they’ve got trainers. I hate trainers, even if they’re fashionable.”

And when they recorded (I Can’t Get No) Satisfaction, one of the greatest rock ’n’ roll songs of all time, Charlie was mostly excited that Duke Ellington had once recorded at the same studio in LA.

Even his dalliance with drink and drugs was very short lived. He said: “It didn’t suit me.”

Aside from the Stones, he performed with boogie-woogie band, Rocket 88, and with the Charlie Watts Big Band in the 1980s.

He received treatment for throat cancer in 2004 but the following year was back on the road. He said: “It seems whenever we stop, I get ill. So maybe I should carry on.” 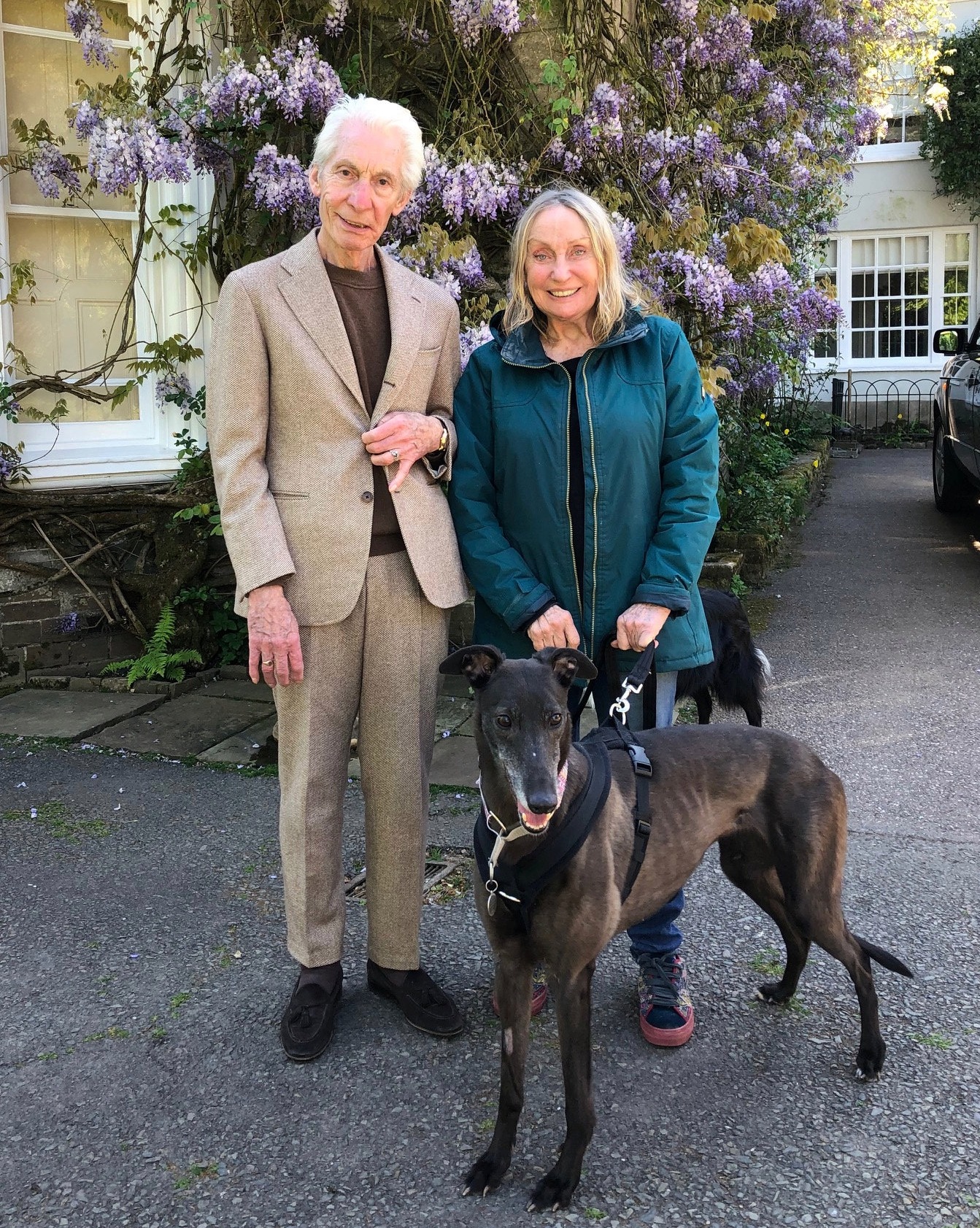 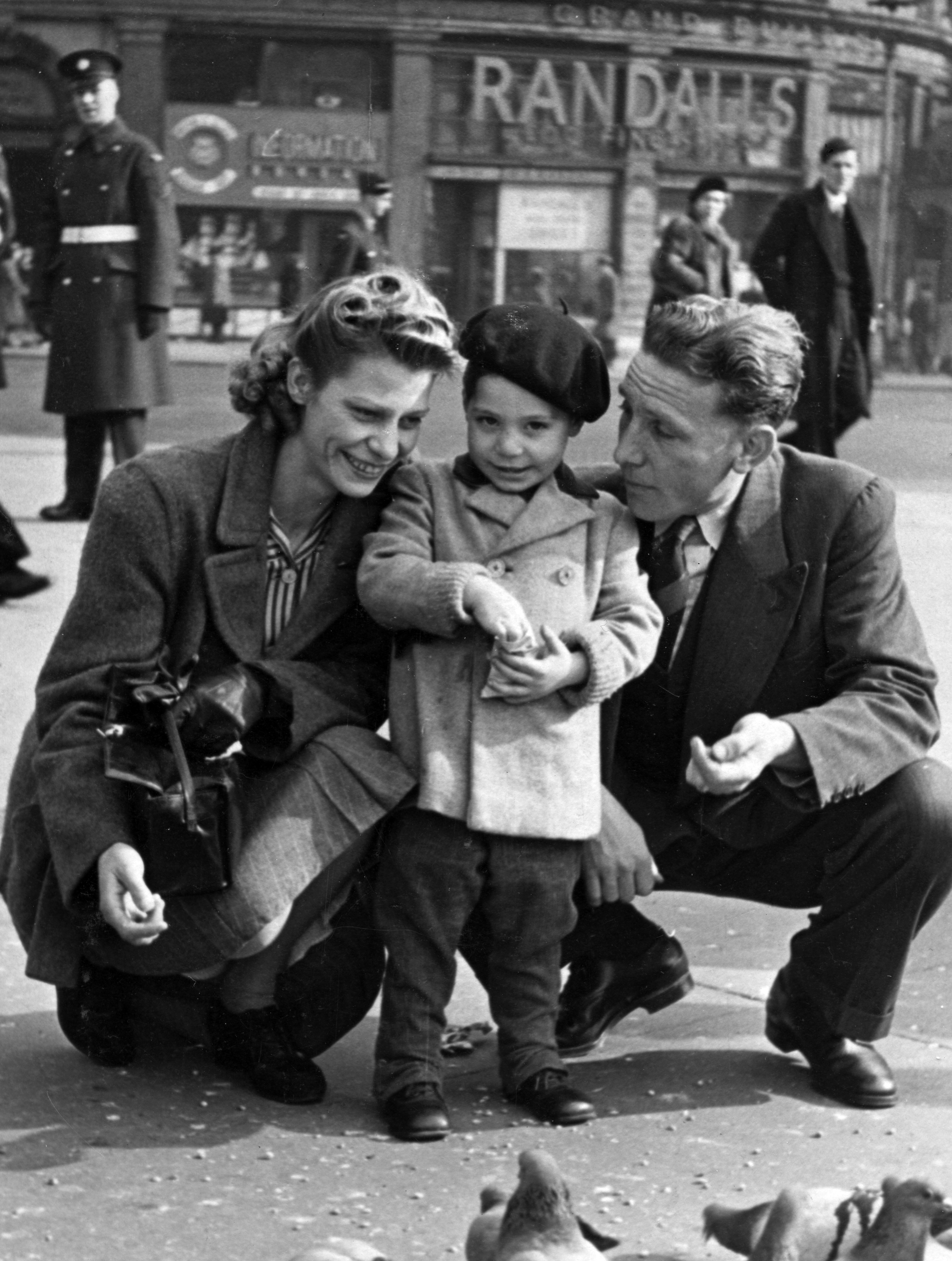 ‘He was the calm lynchpin of the band’

That the impeccable Charlie Watts will be missing from the celebrations is a huge source of sadness.

A year younger than The Beatles’ Ringo Starr, his death at 80 is a sign that time is running out for the old guard who changed popular music for ever in the Sixties.

For all Mick’s swagger, Keith’s mischief and Ronnie’s bonhomie, Charlie was the Stones’ lynchpin. He was the quiet, dapper, jazz-loving, antique-collecting sticksman who sat at the back of the stage holding it all together.

Frontmen and lead guitarists get most of the limelight but drummers like Watts kept the all-important rhythm going. Just ask Led Zeppelin’s Jimmy Page and Robert Plant about John Bonham, or The Who’s Pete Townshend and Roger Daltrey about Keith Moon.

Despite his calm exterior, Watts was happy to join in the fun occasionally. Who can forget his appearance on the cover of the incendiary 1970 live album Get Yer Ya-Ya’s Out! leaping around, big grin on his face, next to a donkey?

Every band has its infighting, particularly one that has stayed the distance like “them British bad boys the Rolling Stones” (as Bob Dylan recently described them).

But every member, past and present, agrees on one thing. They all loved Charlie Watts.

In a recent interview with me, Keith Richards heaped praise on him. “Charlie is an amazing man,” he enthused.

“The hardest job in a band is drumming and I’m in awe of the sheer power and subtlety of the man. I go up there just to be able to play with Charlie Watts.

“He’s the epitome of cool. He’s very easy and he won’t take any bites.

“He never says anything except yes or no, unless he wants to in a few interviews when he talks about music.

“He’s absolutely the coolest guy I know, my aim is to get as cool as Charlie.”

Ironically, it was Watts who first recommended his recently announced stand-in Steve Jordan to Richards when he started side project the X-Pensive Winos.

With the Stones’ live shows in the US going ahead next month, they will serve as a moving memorial to the band’s fallen hero. When announcing his absence, Watts used typical dry humour to say that for once his “timing was a little off”.

I’m sure that Mick, Keith and Ronnie agree that Charlie’s timing had never failed him before.