Jenrick, secretary of state for Housing, Communities and Local Government, had been invited onto BBC Breakfast to discuss the vaccine rollout with presenter Stayt, following the news that the UK has been armed of a significant reduction of vaccines for the over 40s group. At the end of the conversation, Stayt commented on the Union Jack flag which was visible in the room behind him and Naga Munchetty was left in stitches. Those watching at home were please someone commented on the regular appearance of the flag in all government interviews on the broadcasting channel.

After ending the interview, where Jenrick had appeared via video link, Stayt said: “Robert Jenrick, thank you.

“I think your flag is not up to standard size government interview…measurements, I think it’s just a little bit small. But that’s your department really!”

Munchetty was heard sniggering in the background and Stayt continued: “Just a thought.”

When the camera returned to the studio Munchetty commented: “The picture of the queen,” but she was interrupted as Stayt wanted to explain his remark: “You’ll be aware, we’ve seen it [the Union Jack flag] every day.” 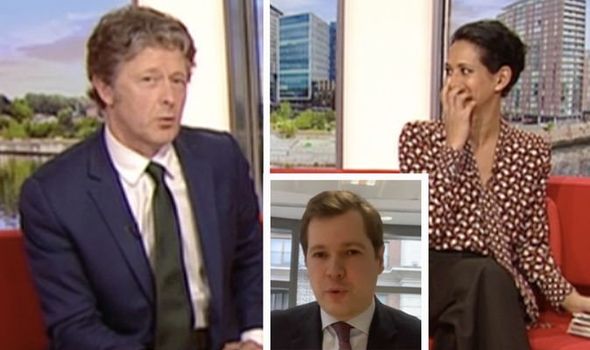 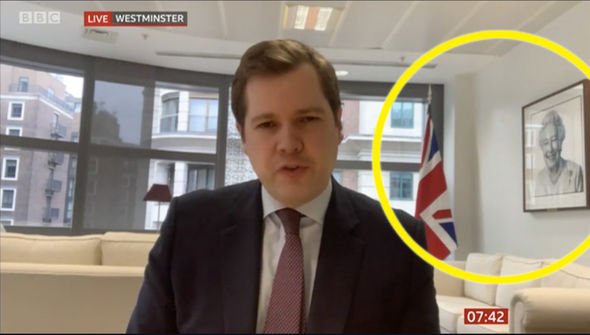 “Always a flag,” Munchetty added and he continued: “It’s a thing.”

His co-star said: “Always a flag. They had the picture of the queen there in Westminster office – I’m assuming.”

Those watching at home took to Twitter to comment on the exchange and one said: “Charlie Stayt – ‘Robert Jenrick, your flag is just a little bit small.’ It’s about time someone said it!” 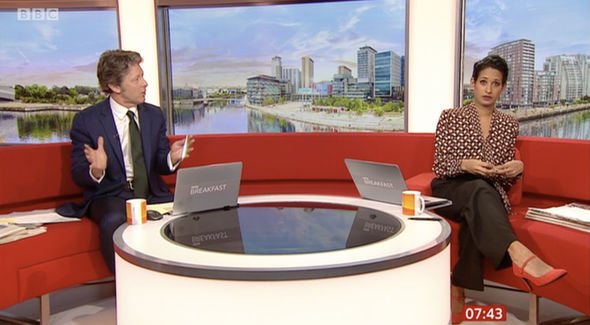 A third mentioned: “Smug flag comment from Charlie, with MP given no time to respond- sniggering from naga..”

“Oh I love #Charlie & #Naga ‘that flags not up to Government standard, it’s a bit small’ Naga laughing gets me every time,” someone else added.

One tweet read: “#BBCBreakfast well done Charlie Stayt for mocking Robert Jenrick for this union flag fetish the Govt have for their interviews. Made my morning.”

“Charlie Stayt taking the p*** out of @RobertJenrick about his flag not being up to government standard has made my morning. Jenrick’s face was a picture, just didn’t know what to say and visibly annoyed #BBCBreakfast,” a viewer wrote online.