THEY say you can't choose your family, but these celebs could certainly have done a lot worse.

From beloved singers to Hollywood film stars and even the royal family – many of the faces on our TV screens have a similarly successful family member who's also in the public eye. 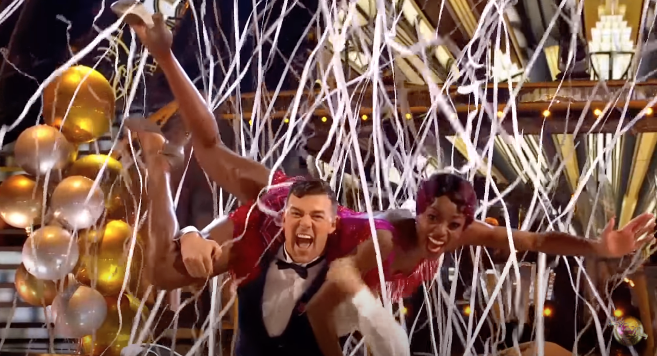 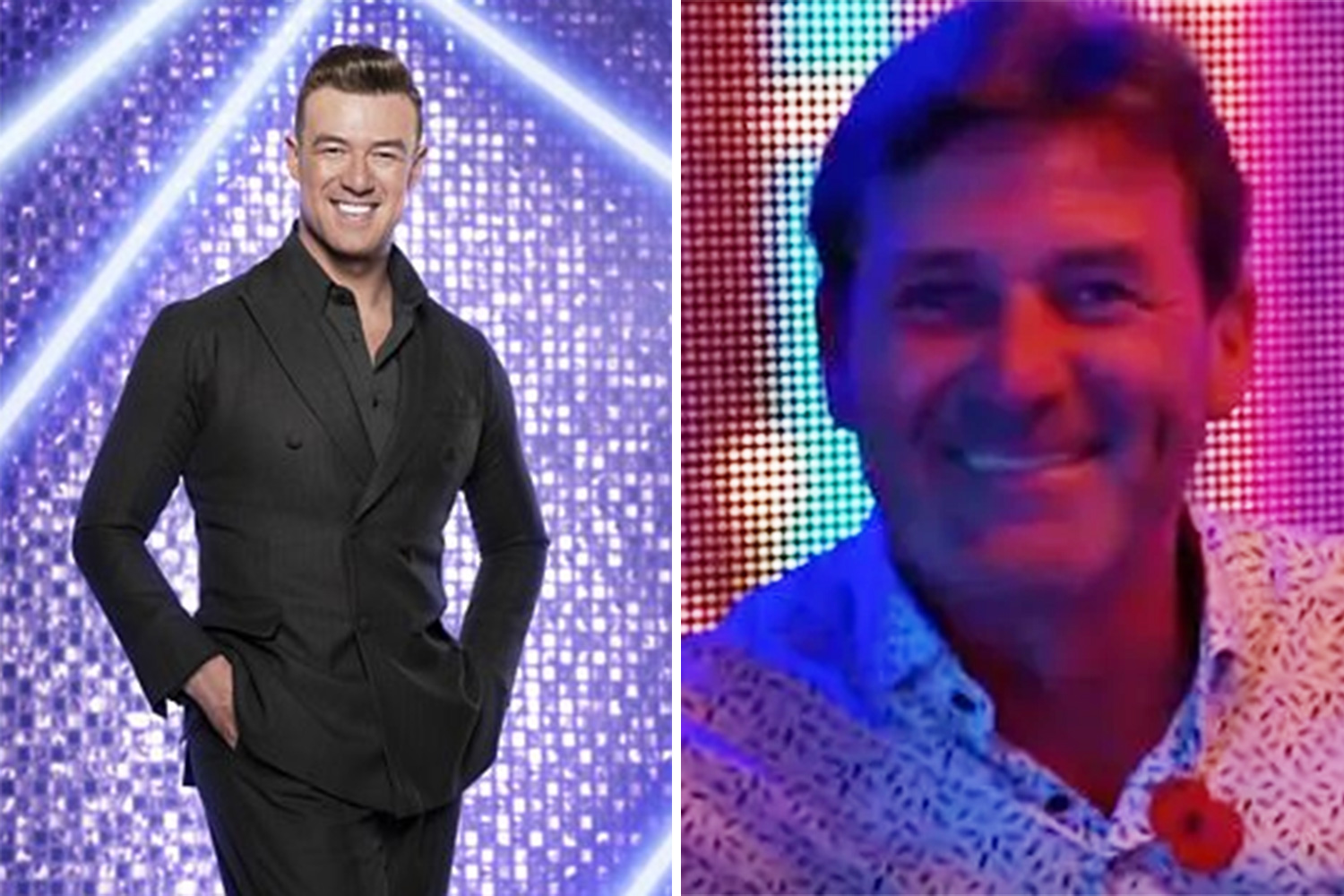 Over the weekend, Strictly fans were gobsmacked to discover professional dancer Kai Widdrington had a famous dad.

After performing a near-perfect Charleston alongside AJ Odudu, the cameras panned to the star's father Tommy, 50, who was cheering in the crowd.

Eagle-eyed viewers were quick to recognise the retired footballer, who played for a string of clubs and notched 372 appearances in 15 years.

Yet Kai's far from the only celebrity to grace our screens who has a famous relative.

Here we reveal some of the other unlikely stars keeping it in the family – from Paul Chuckle to Naomi Campbell and even Kate Middleton. 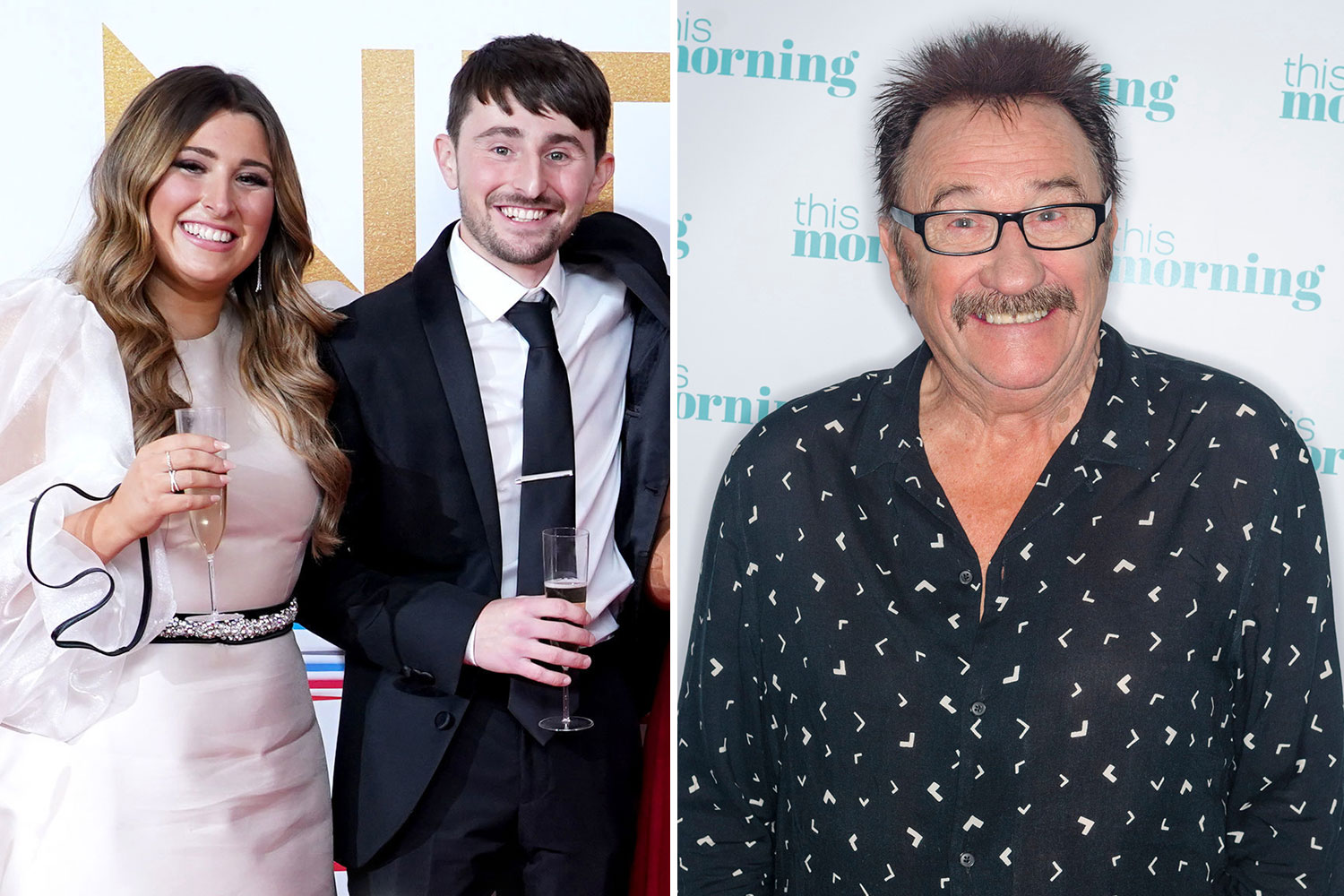 The Blackpool-based siblings are firm favourites on Gogglebox but many were surprised by their celebrity great uncle.

The comedy actor starred in the beloved children's show alongside his late brother Barry from 1987 until 2009.

Previously Paul shared photos of his relatives and described himself as a "proud uncle" to the reality TV pair. 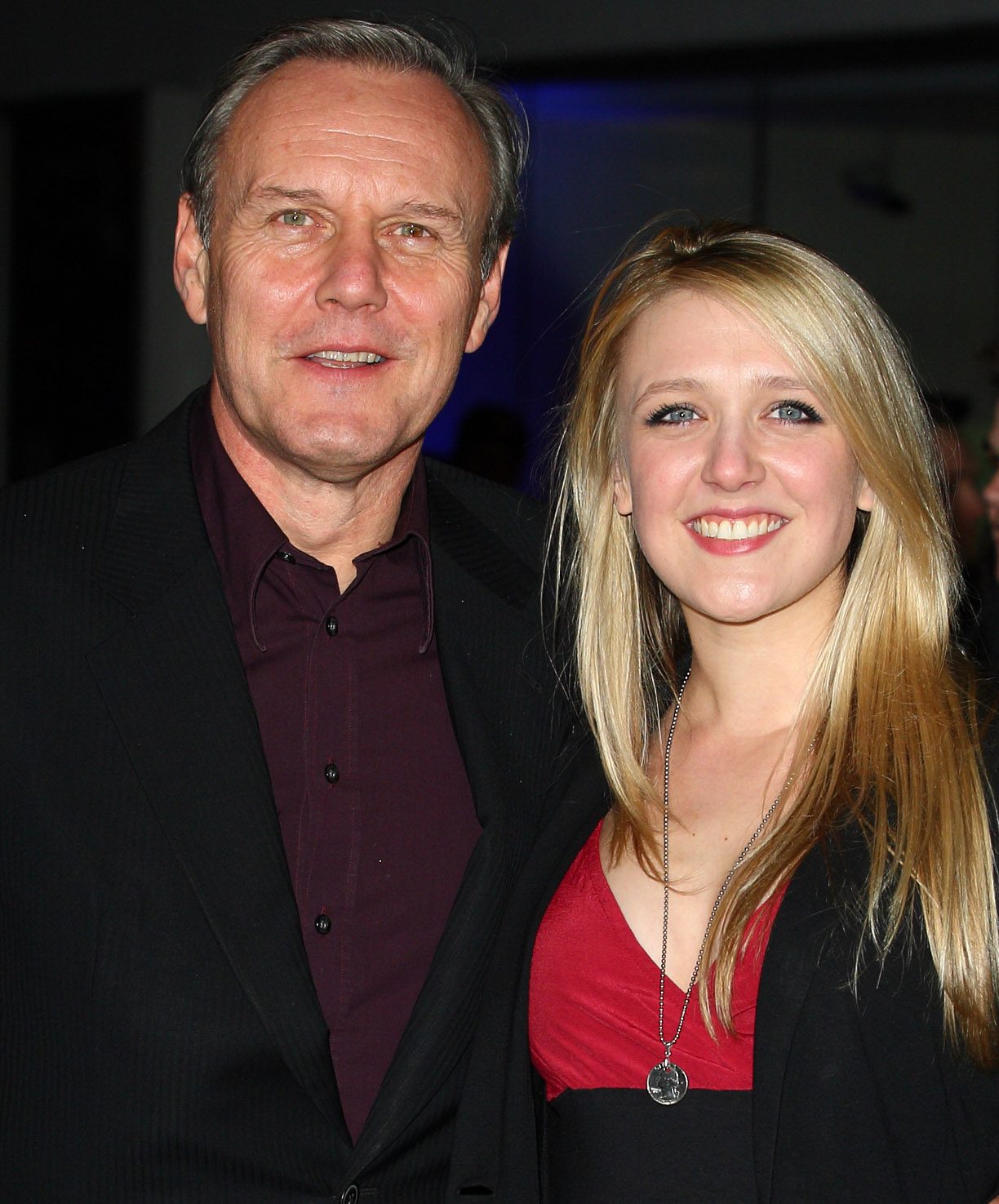 Emily Head, 32, started off her career as love interest Carly D'Amato in the E4 hit The Inbetweeners.

But few knew she was the daughter of Anthony Head, who's starred in everything from Doctor Who to Drunk History and Buffy The Vampire Slayer.

She followed in her father's footsteps and has since appeared on Coronation Street and later spent two years on Emmerdale as Rebecca White until 2018.

When some Twitter users realised they were related last year, they were utterly gobsmacked.

One person tweeted: "My mind is now blown that i didnt realize emily head's dad was anthony head."

Another wrote: "Right how’ve I only just realised Emily heads dad is Rupert from buffy and Uther in merlin cba!" 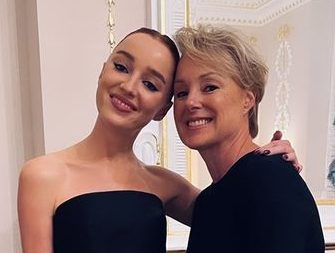 It seems acting runs in the family for this famous mother and daughter.

Sally, 58, revealed she was "proud" of her 26-year-old daughter for landing a role in the hit Netflix series.

Previously, Phoebe starred in Waterloo Road back in 2016 as well as period dramas including The Musketeers, Monroe and Dickensian. 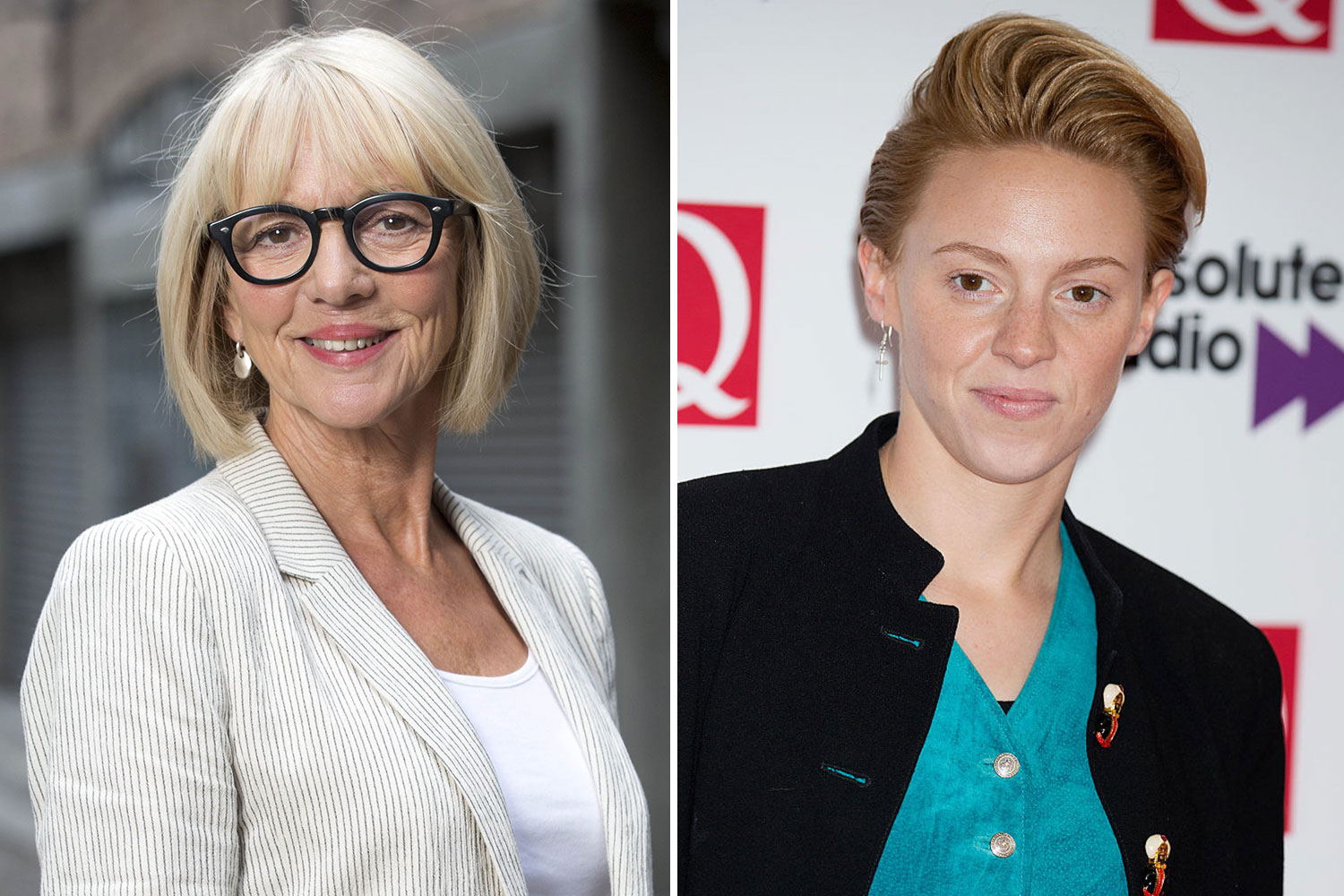 Elly Jackson, one half of La Roux, shot to fame in 2009 thanks to hits For The Kill and Bulletproof.

But many fans of the 33-year-old were unaware of her famous TV mum Trudie Goodwin.

She took on the role of Georgia Sharma in Emmerdale for four years until 2015 and also made cameos on The Weakest Link, Loose Women and Countdown. 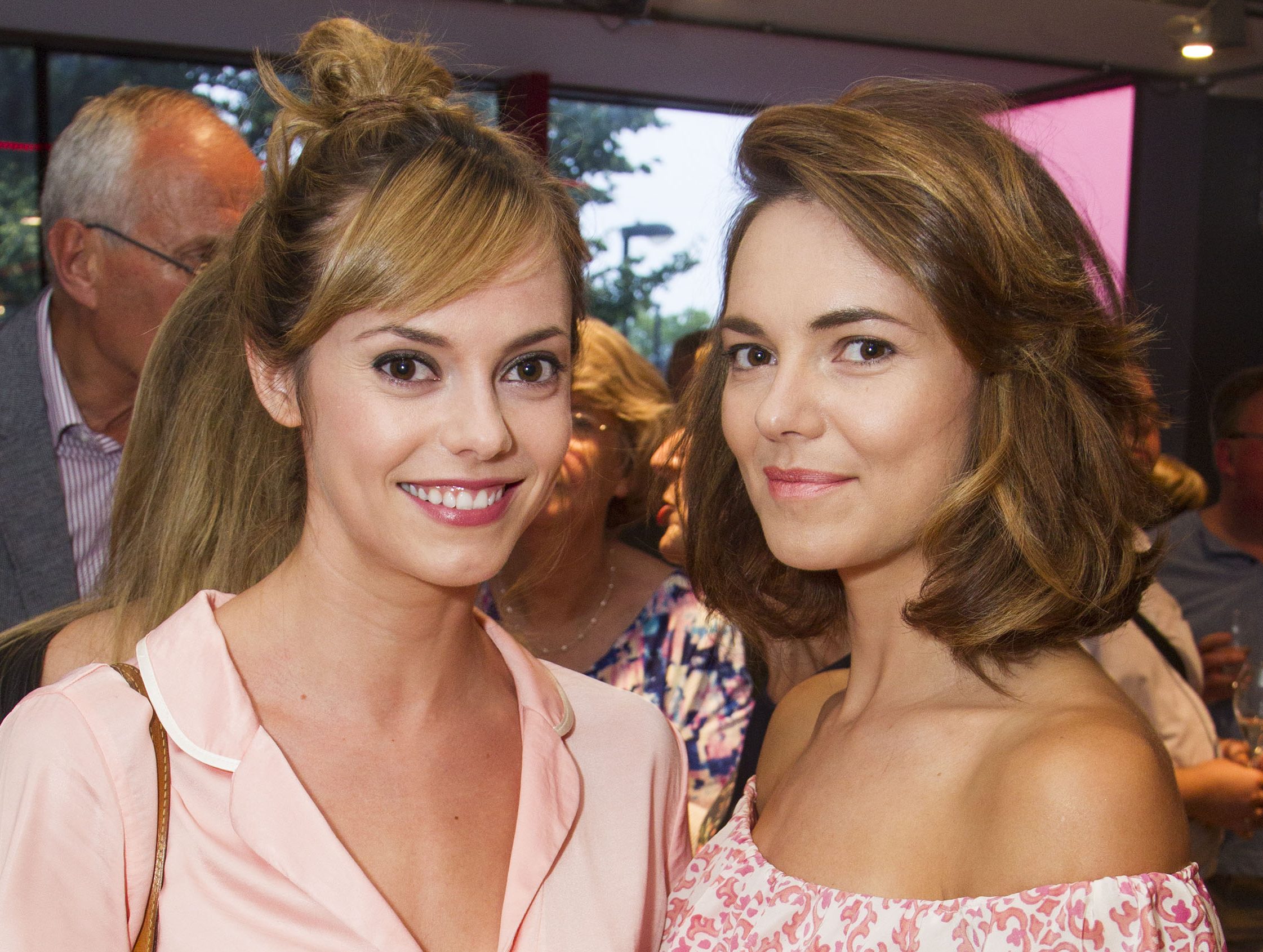 Hannah Tointon, 33, is best known for playing Katy Fox in Hollyoaks and love interest Tara Brown in The Inbetweeners.

However, her famous sister Kara, 38, was well-established in show business long before her.

She starred in Channel 4 series Teachers and was best-known for her role as Dawn Swann in EastEnders.

Kara appeared on the BBC soap for four years until 2009 and later won Strictly Come Dancing in 2010 alongside Artem Chigvintsev. 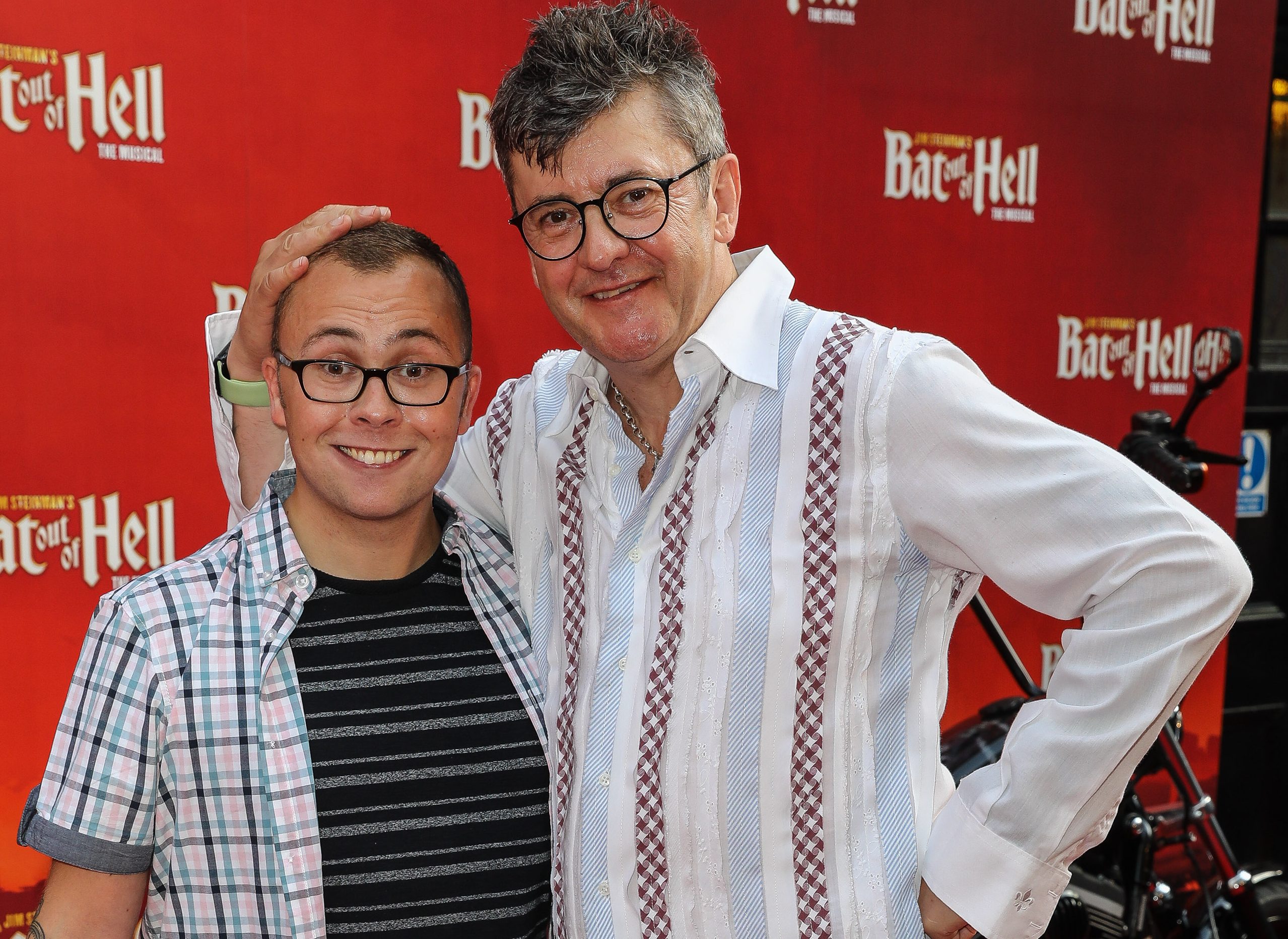 Joe Tracini made his name in My Spy Family back in 2007 before going on to become a familiar face in Hollyoaks.

But earlier this year, it was revealed he's the son of comedian Joe Pasquale during Britain's Brightest Celebrity Family. 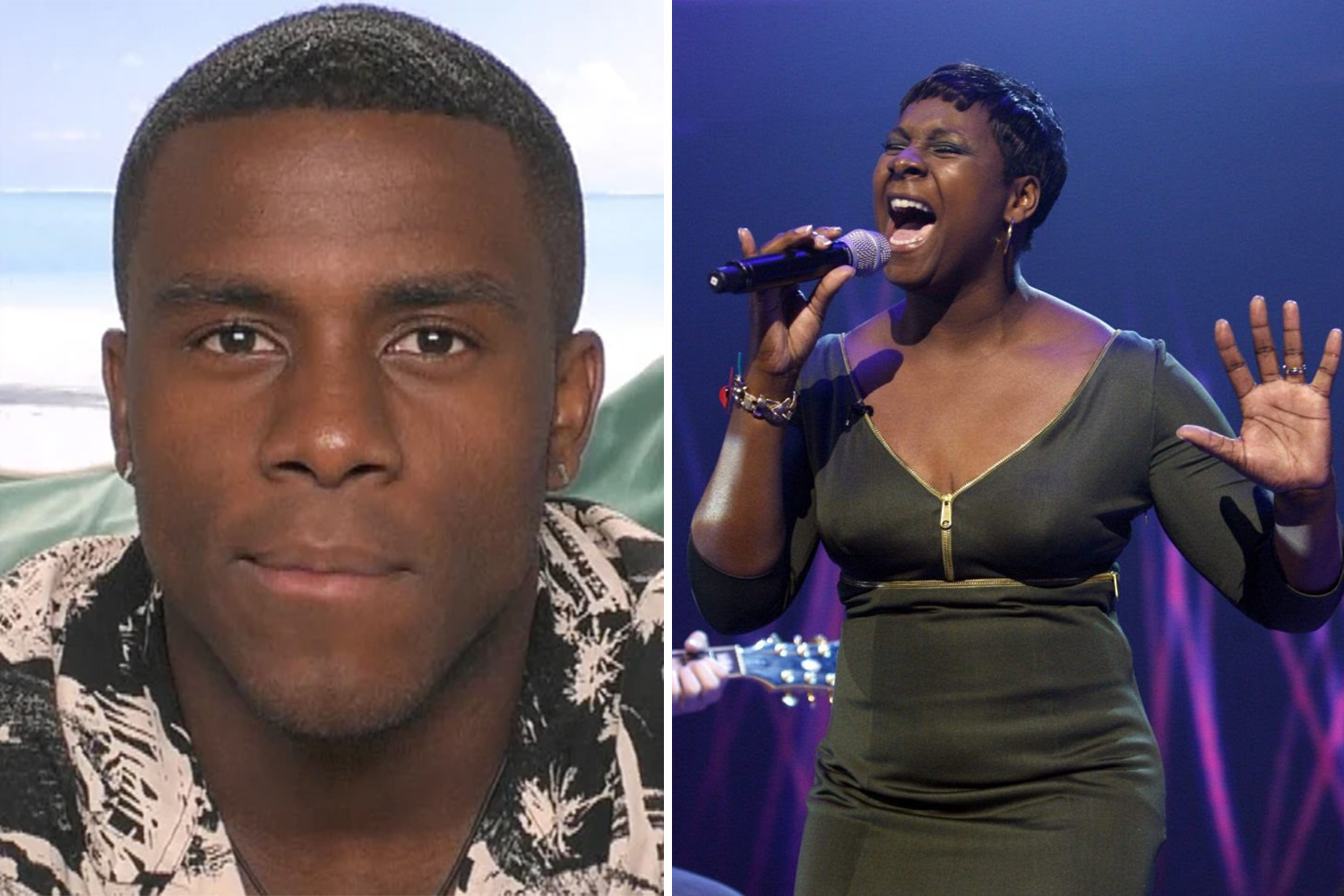 Luke Trotman, known as 'Luke T', was one of half of Love Island's favourite couple's last year but many fans were unaware of his famous mum.

A sweet video was revealed showing the then eight-year-old cheering on his mum Beverley as she performed on The X Factor back in 2007.

The songstress placed sixth in that year's season of the ITV talent show, which was won by Leon Jackson.

Luke, who came second in Love Island alongside Siannise Fudge, gushed in the clip: "I love her and I'm really proud of her." 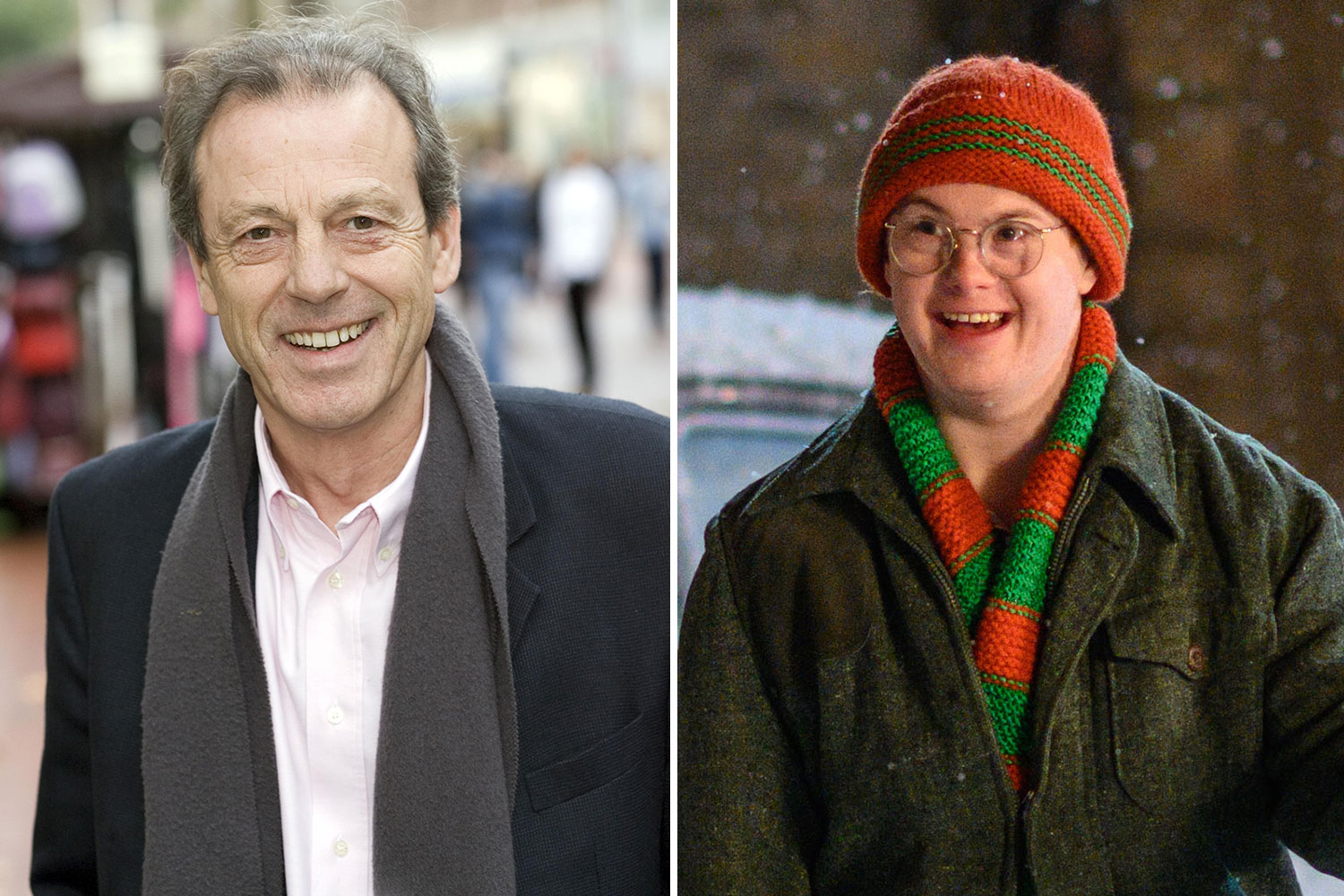 Daniel Laurie's spent four years playing Reggie Jackson in Call The Midwife and also appeared in other shows including Vera and Stella.

But few were aware of his famous dad – EastEnders great Leslie Grantham.

The late actor, who died in 2018, played 'Dirty Den' in the BBC soap and was part of the original cast.

Den and his on-screen wife Angie were the first landlords of Walford boozer The Queen Vic from 1983. 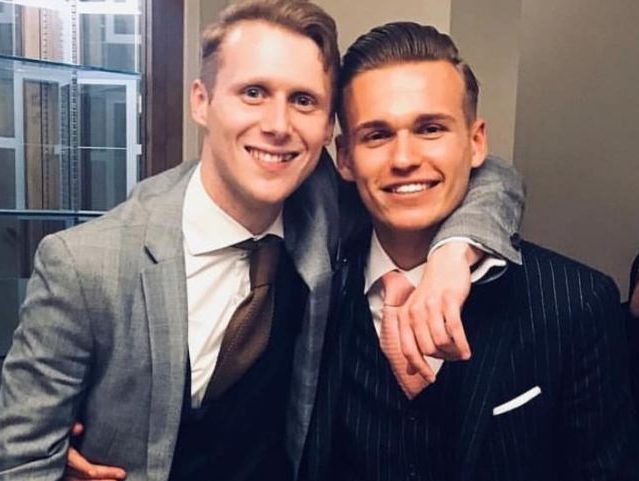 Jamie has played Jay Brown since 2006 but earlier this year he discovered a surprising real-life plot twist that would rival one from the soap's scriptwriters.

After discovering an actor named Charlie Winter was about to join EastEnders, he realised the name sounded familiar.

"My great uncle is called Charlie Winter, so… I was like, 'Seriously?' Turns out we are second cousins," Jamie said.

The revelation came after doing some digging into his family history and since then the pair have shared adorable snaps together. 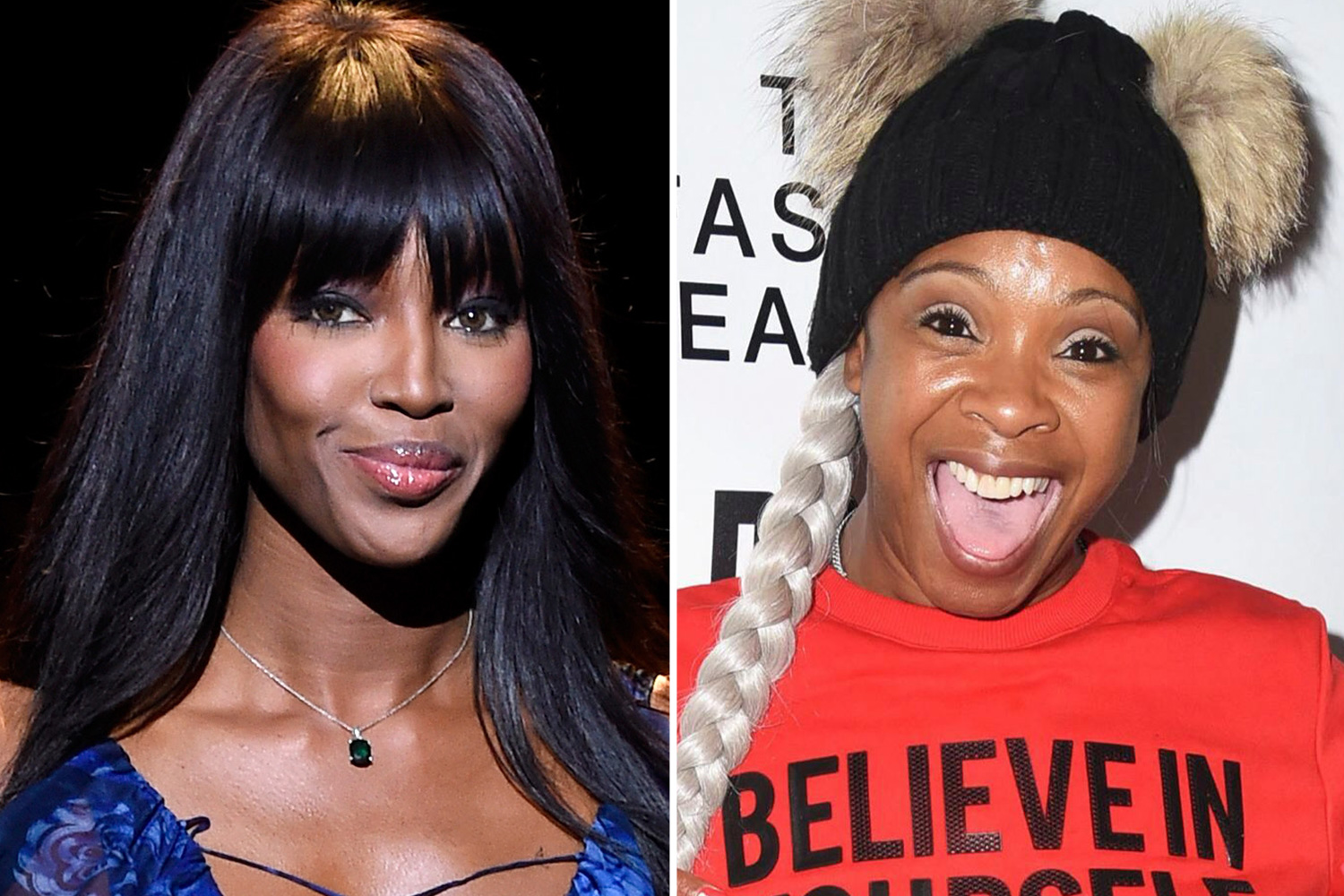 One of them is a world famous supermodel, the other is a Gogglebox favourite – and fans were left stunned when Sandi Bogle, 56, revealed she was actually 51-year-old catwalk sensation Naomi Campbell's cousin.

Speaking about her famous relation in 2015, Sandi told The Mirror: “Naomi watches me on the show and she loves it. We support each other in whatever we do.

"I’ve always had my businesses and she’s always done her thing.” 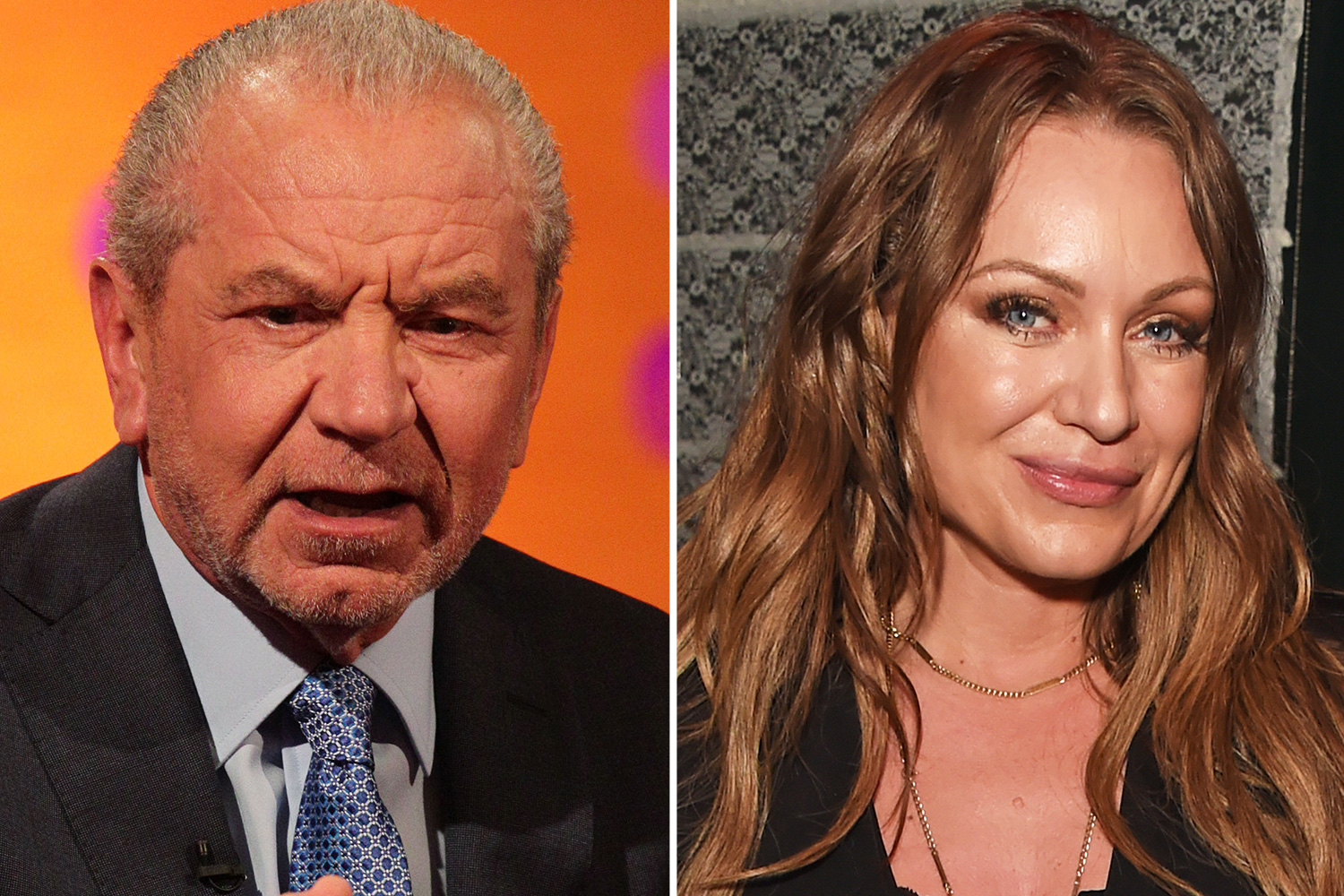 They're worlds apart on screen, but EastEnders star Rita Simons, 42, is actually the niece of Lord Alan Sugar.

The Apprentice boss' wife Ann Simons, who he married in 1968, is the sister of Rita's dad Mark.

Lord Sugar, 74, has previously joked about them being related on Twitter, after a fan wrote: "Hands up if you was this many years old when you found out @OfficialRita was the niece of Lord Alan Sugar #TeamRita #I'mACeleb."

The British magnate joked: "That is maybe why the public voted her out [of I'm a Celebrity]. It might be my fault." 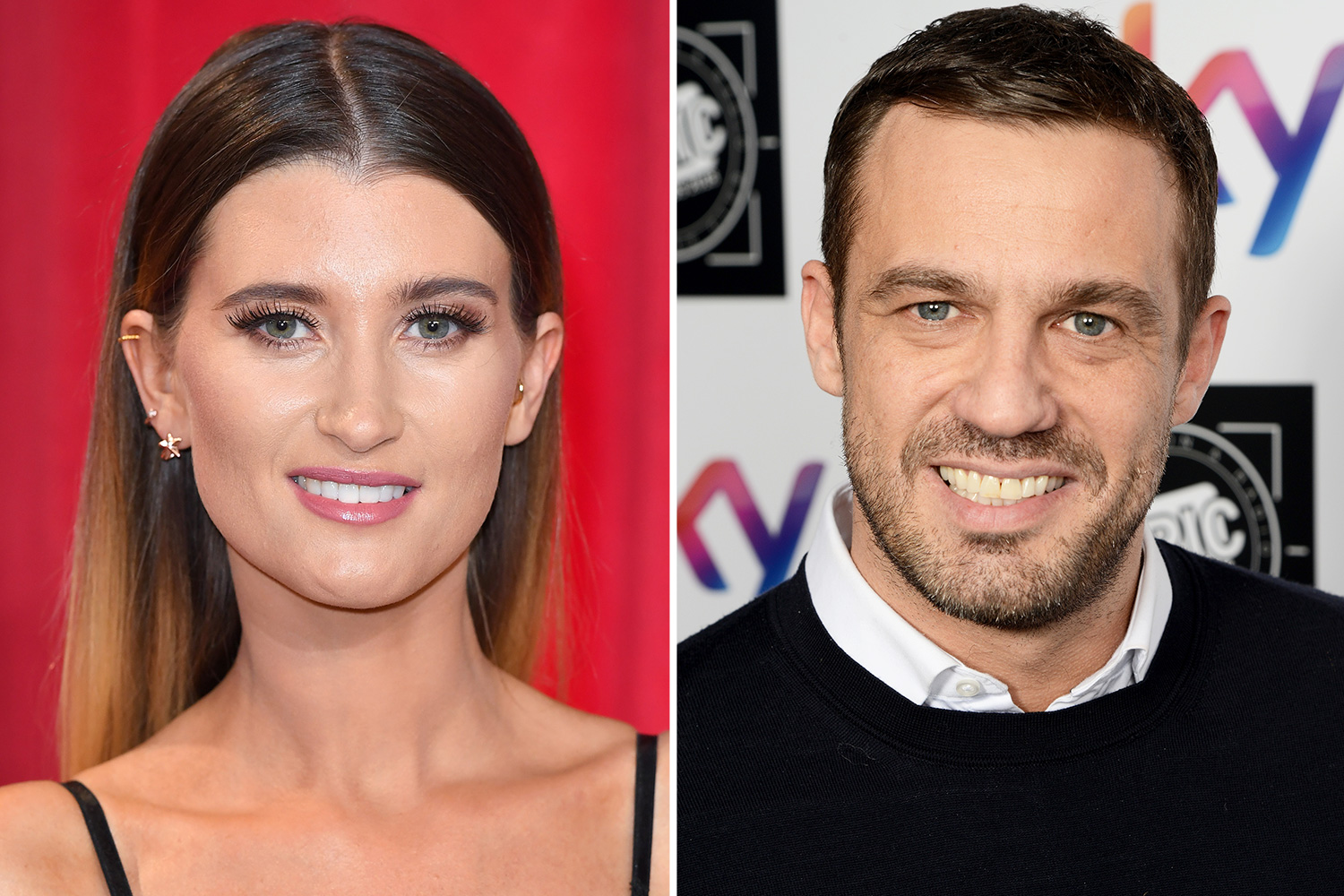 They may both have major roles in their respective soaps, but Charley Webb and Jamie Lomas share more than just success – as they're actually brother and sister.

While Charley, 33, plays long-running character Debbie Dingle on Emmerdale, her brother, 46, plays one of Hollyoaks' most well-known villains – Warren Fox.

The siblings have never appeared together on screen, however, preferring to keep their personal link and their careers separate. 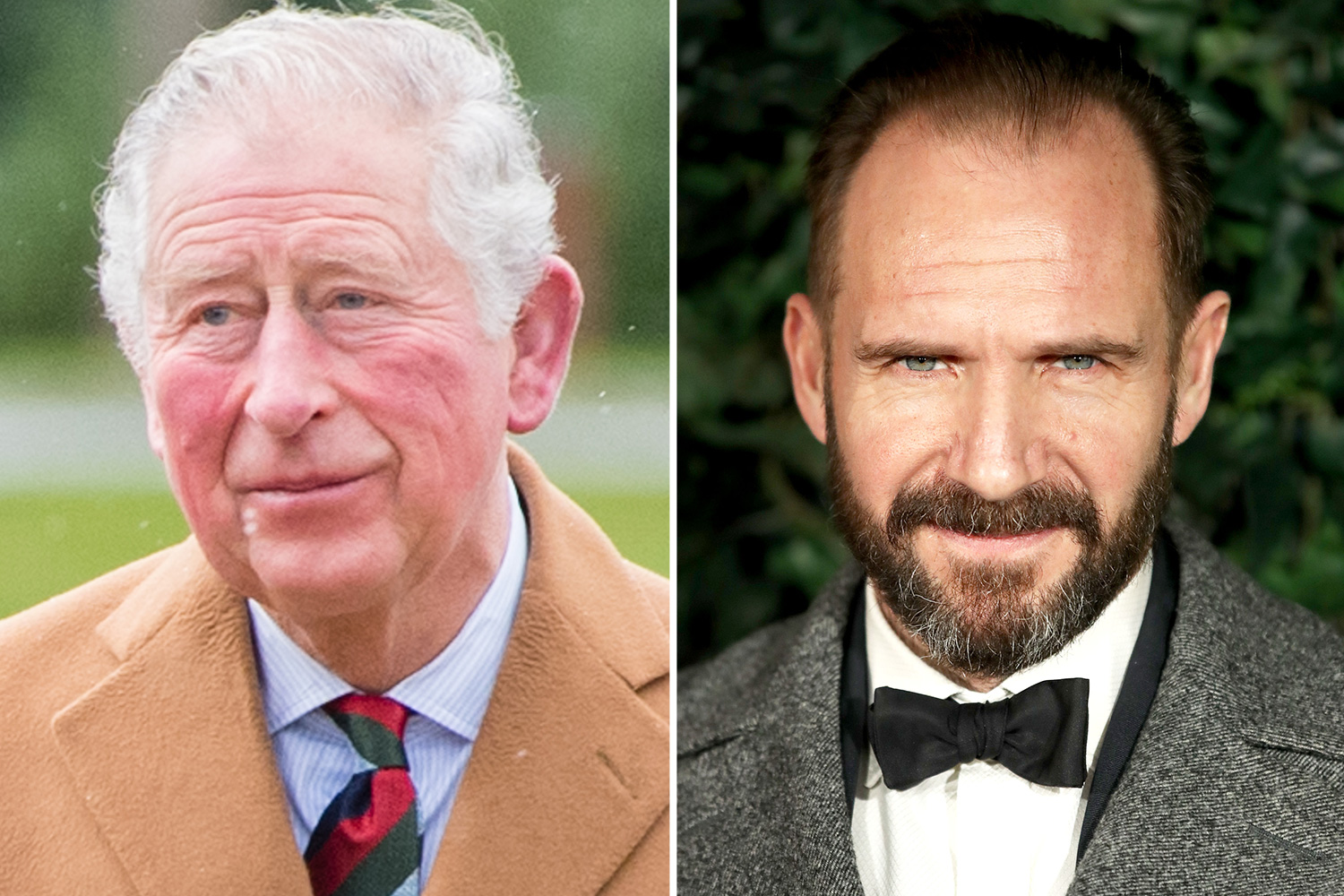 While Ralph Fiennes has plenty to brag about thanks to his leading roles in everything from Schindler's List to The Grand Budapest Hotel and Harry Potter, he's also officially related to royalty.

Both the actor, 58, and Prince Charles, 72, are descendants of King James II of Scotland – making them eighth cousins.

The Queen and Hilary Duff 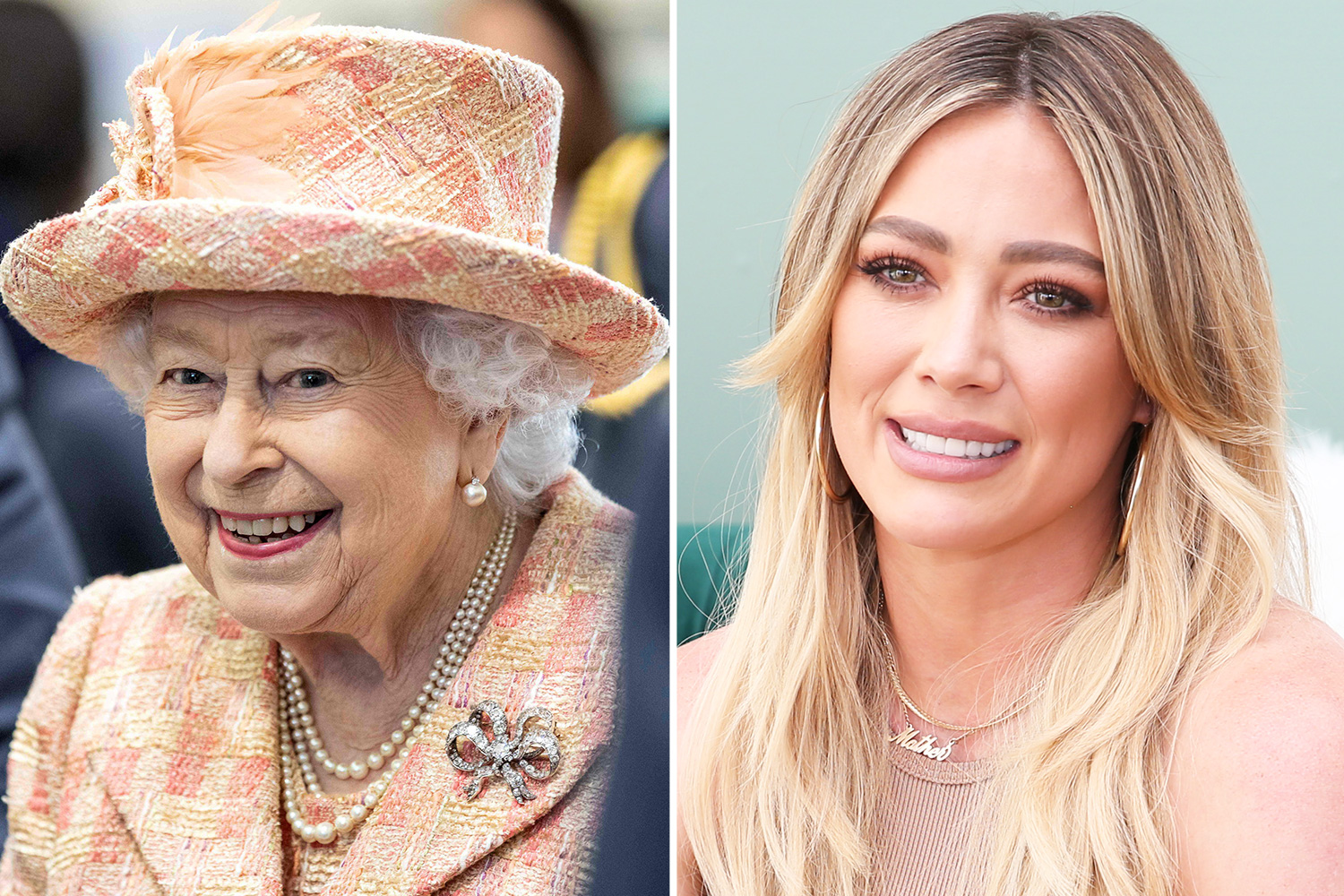 It seems it's not just Fiennes who can brag he's a distant cousin of the British royal family, however, as Lizzie McGuire star Hilary Duff, 34, is actually related to the Queen herself.

In fact, she was previously named the "most royal" US celebrity, according to a study by FindMyPast.com.

The site claimed her "gateway ancestor" was Alexander Spotswood, the 10th great-grandson of Edward III. It means she's the 18th cousin of the Queen. 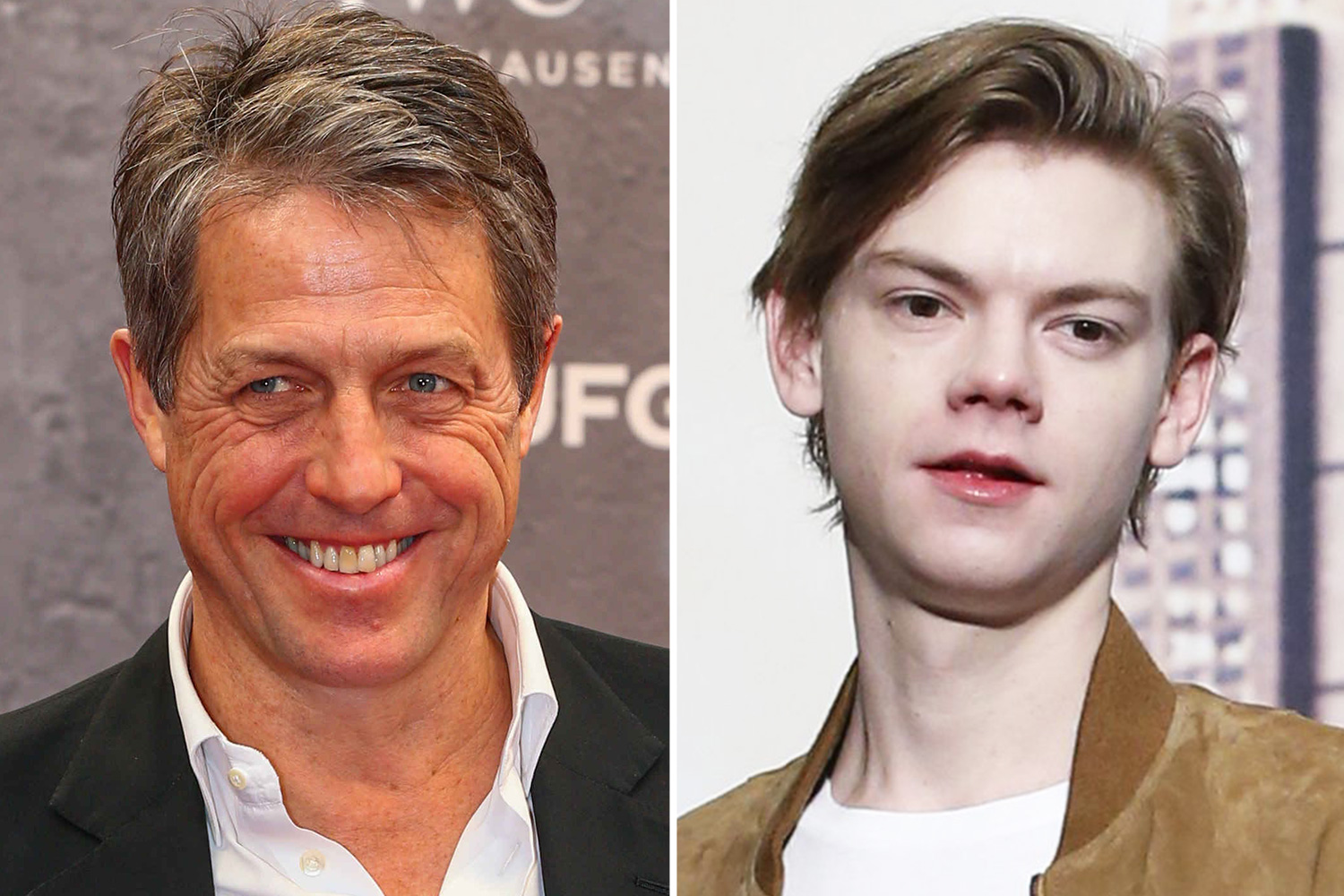 While many famous celebrities enjoy their careers separately from each other, English acting legend Hugh Grant, 61, actually shared the screen with his younger relation Thomas Brodie-Sangster, now 31, in 2003.

The pair both appeared in Love Actually, with Thomas famously playing little Sam in the hit film, while Hugh of course appeared as the prime minister.

They are actually second cousins, once removed, so have remained close outside of filming too. 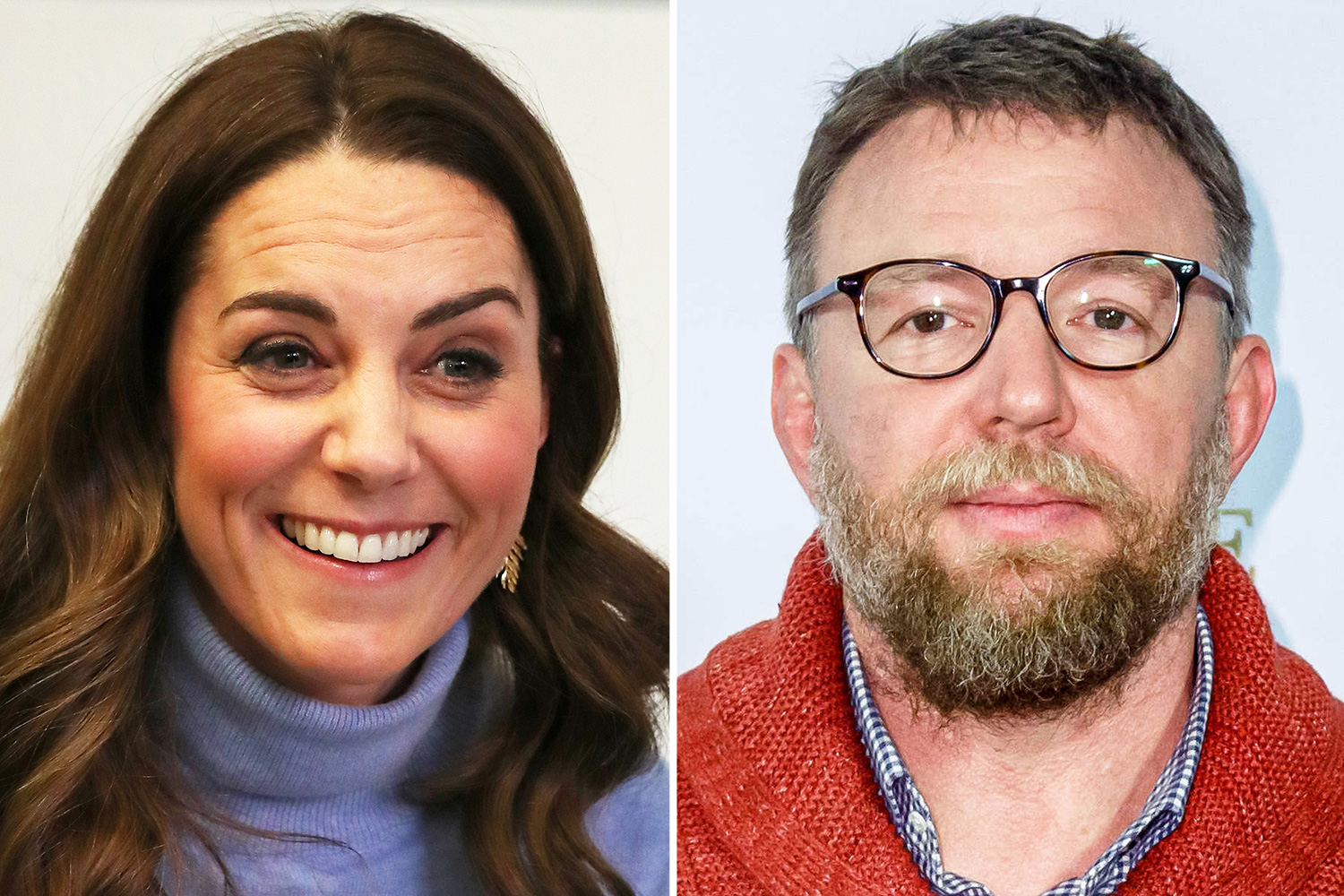 Just like Ralph Fiennes and Hilary Duff, producer Guy Ritchie also has a royal relation – none other than Kate Middleton.

The New England Historic Genealogical Society in Boston previously released a book about the Duchess of Cambridge's ancestry, and listed Ritchie, 53, as her sixth cousin.

Ritchie was invited along to the royal wedding in 2011, proving friends (or family) in high places really does pay off. 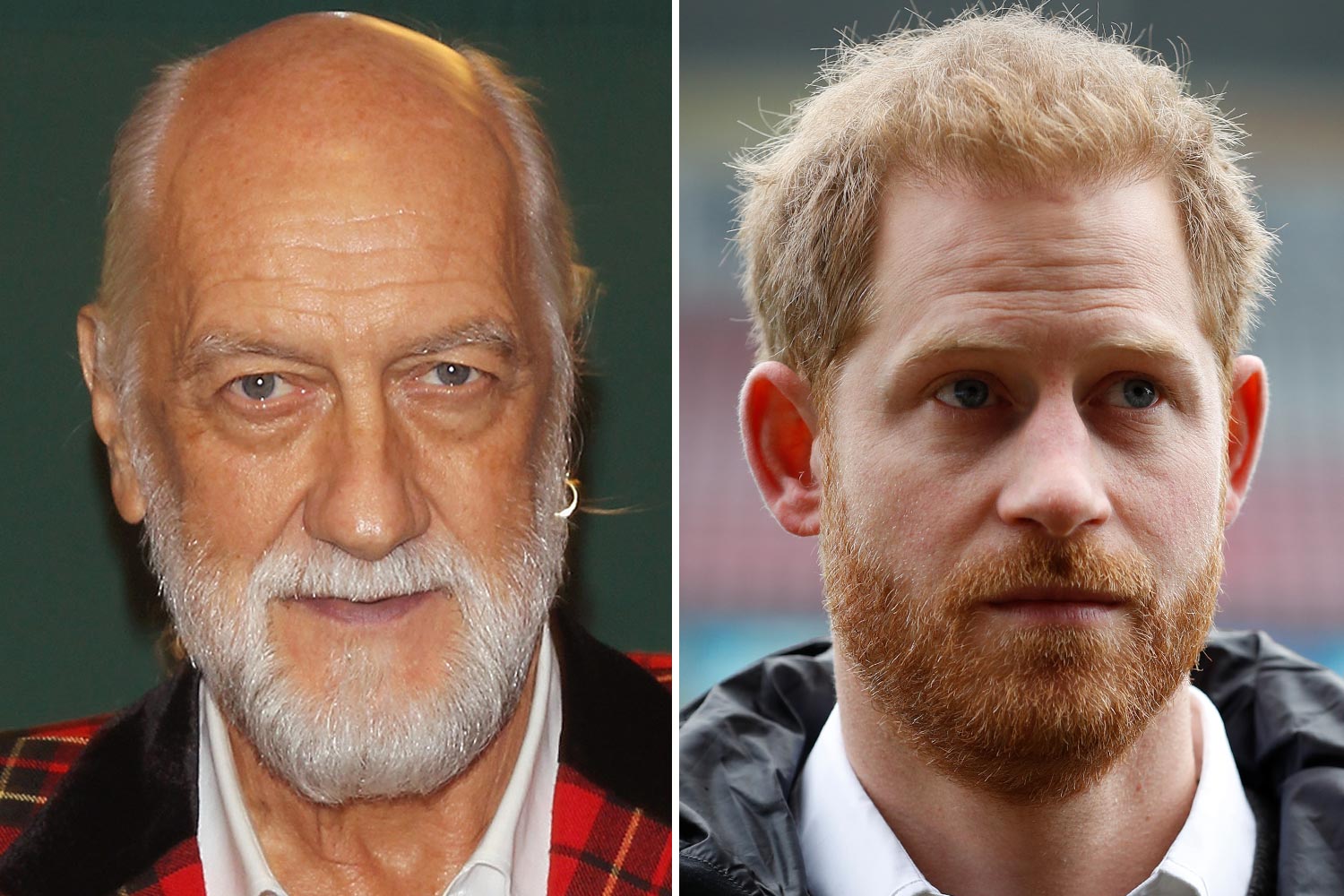 Legendary Fleetwood Mac drummer Mick Fleetwood, 74, has bragging rights when it comes to his royal ties too.

They are connected by their late mother Princess Diana’s ninth great-grandad Edward Lascelles. 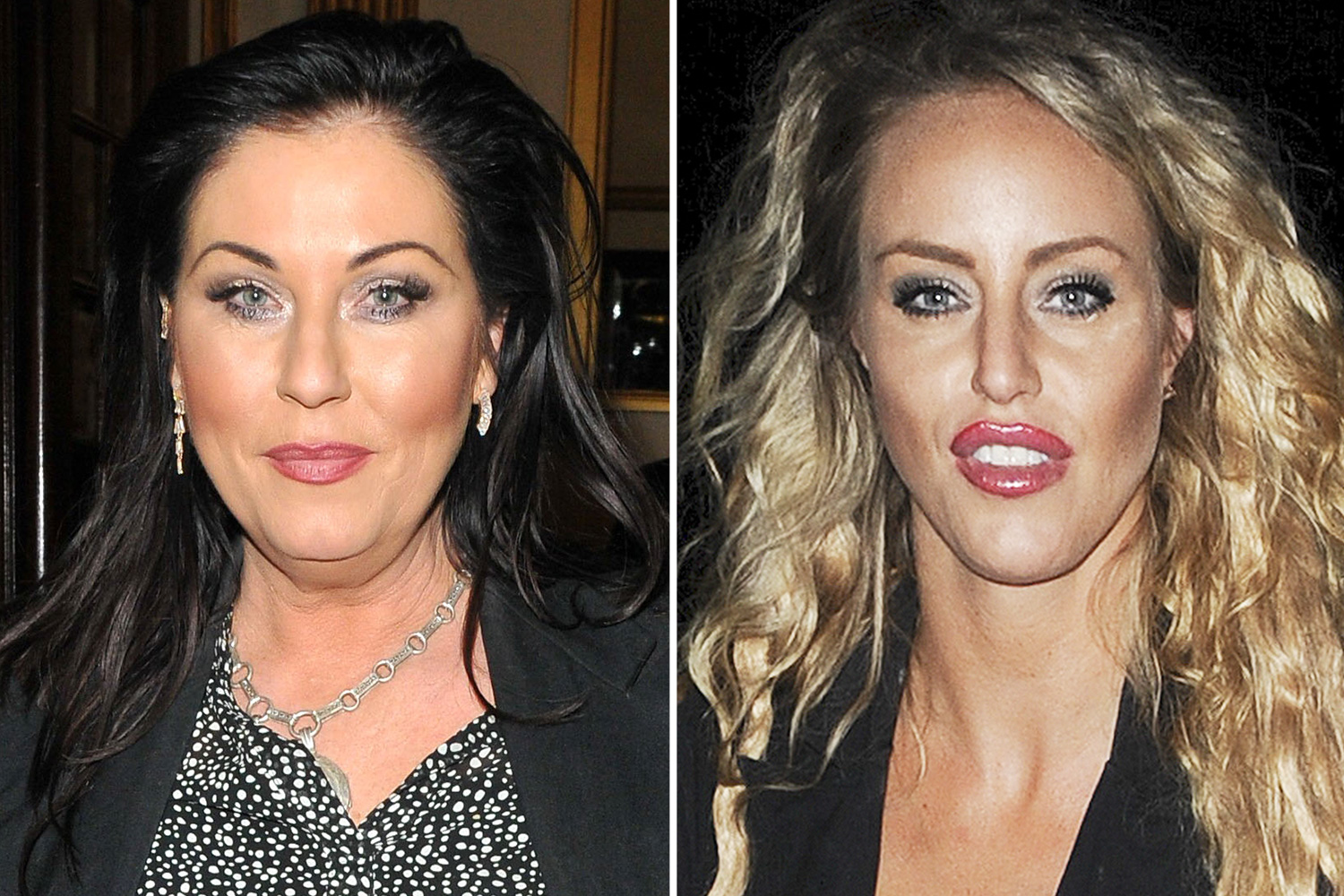 Sadly not every celebrity family relationship remains close through the years, and EastEnders star Jessie Wallace, 50, and her half-sister, glamour model Danielle Mason, 38, have had their ups and downs in the past.

However, while the pair were at odds for a decade, they now look closer than ever after putting their differences aside in 2018.

The siblings, who share the same mum Annette, have previously had public spats – with one particularly nasty one in 2014 seeing Danielle accuse Jessie of turning her back on her stepdad Ron when he was in hospital with leukaemia.

However, they are believed to have patched up their rocky relationship in 2016 after their grandfather passed away. 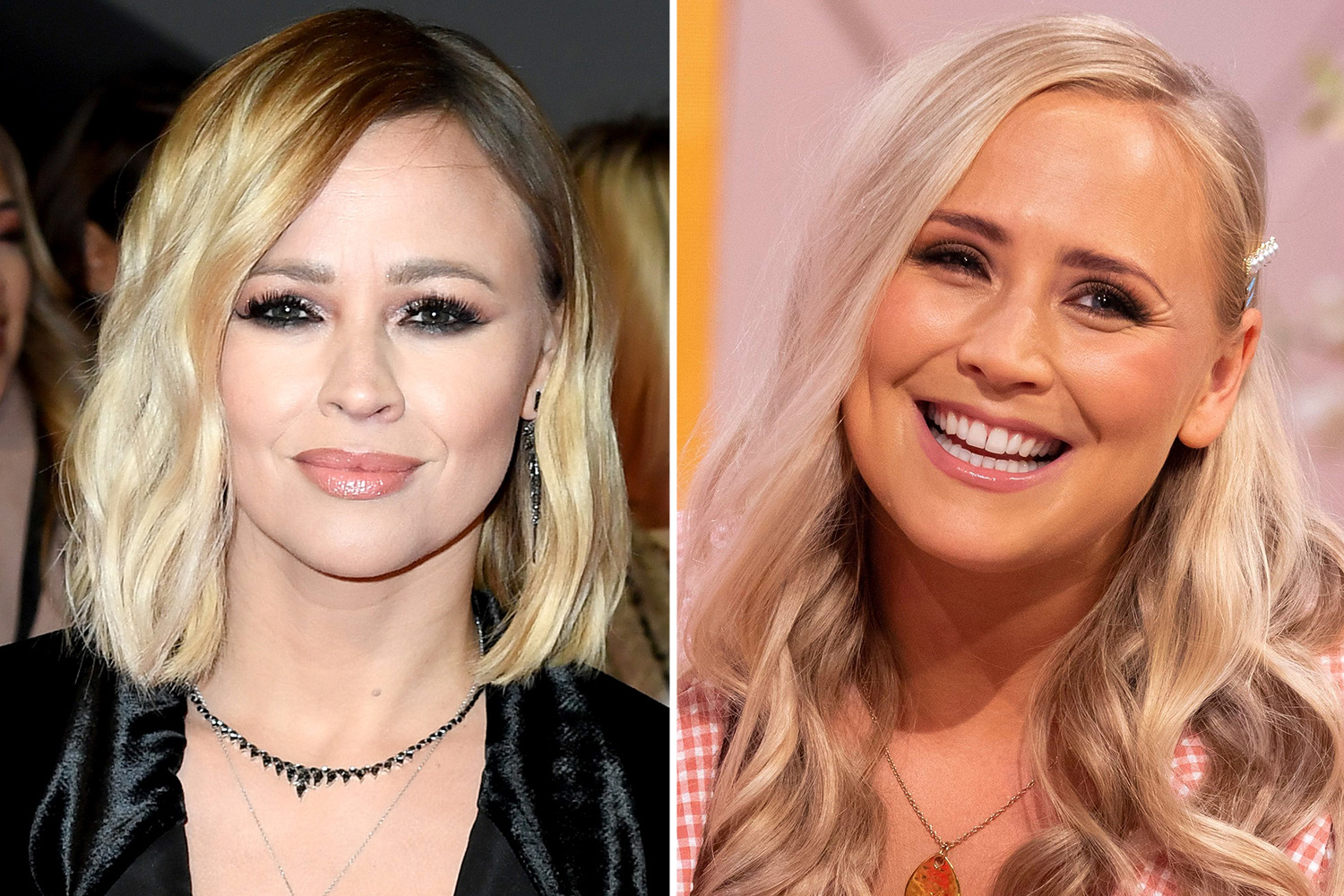 When actress Amy Walsh, 34, starred as Tracey on Emmerdale, fans immediately noticed how familiar she looked.

And it turns out she's got a famous sister – Girls Aloud star Kimberley, 39.

Speaking exclusively to The Sun Online previously, Amy said: “It was a bit like Fame in our house.

“There are so many videos of us doing shows when we were kids."

Incidentally, their other sister Sally starred as Marlon Dingle’s troublemaker girlfriend Lyn Hutchinson from 1997 to 2000 in the soap too.

Amy’s older brother Adam also got in on the act, making his TV debut in Heartbeat in 1993. 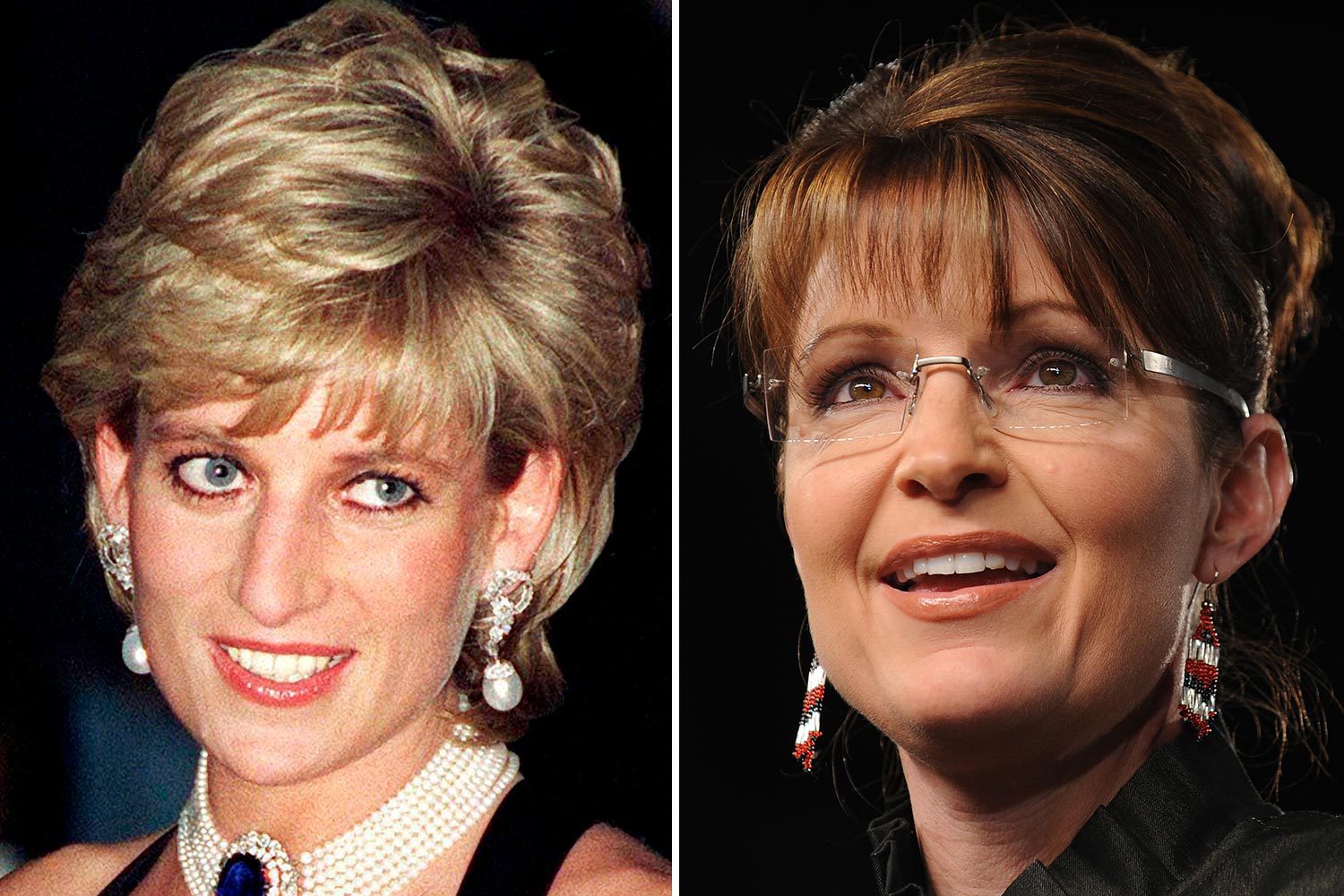 Sarah Palin, 57, may be famed as an American politician, but she's also got British royal ties too.

Princess Diana and the ex-governor of Alaska share the same ninth great-grandfather, John Strong, born in 1605.

According to genealogists, it makes them tenth cousins.