CBeebies presenter recreates photo that got her fired 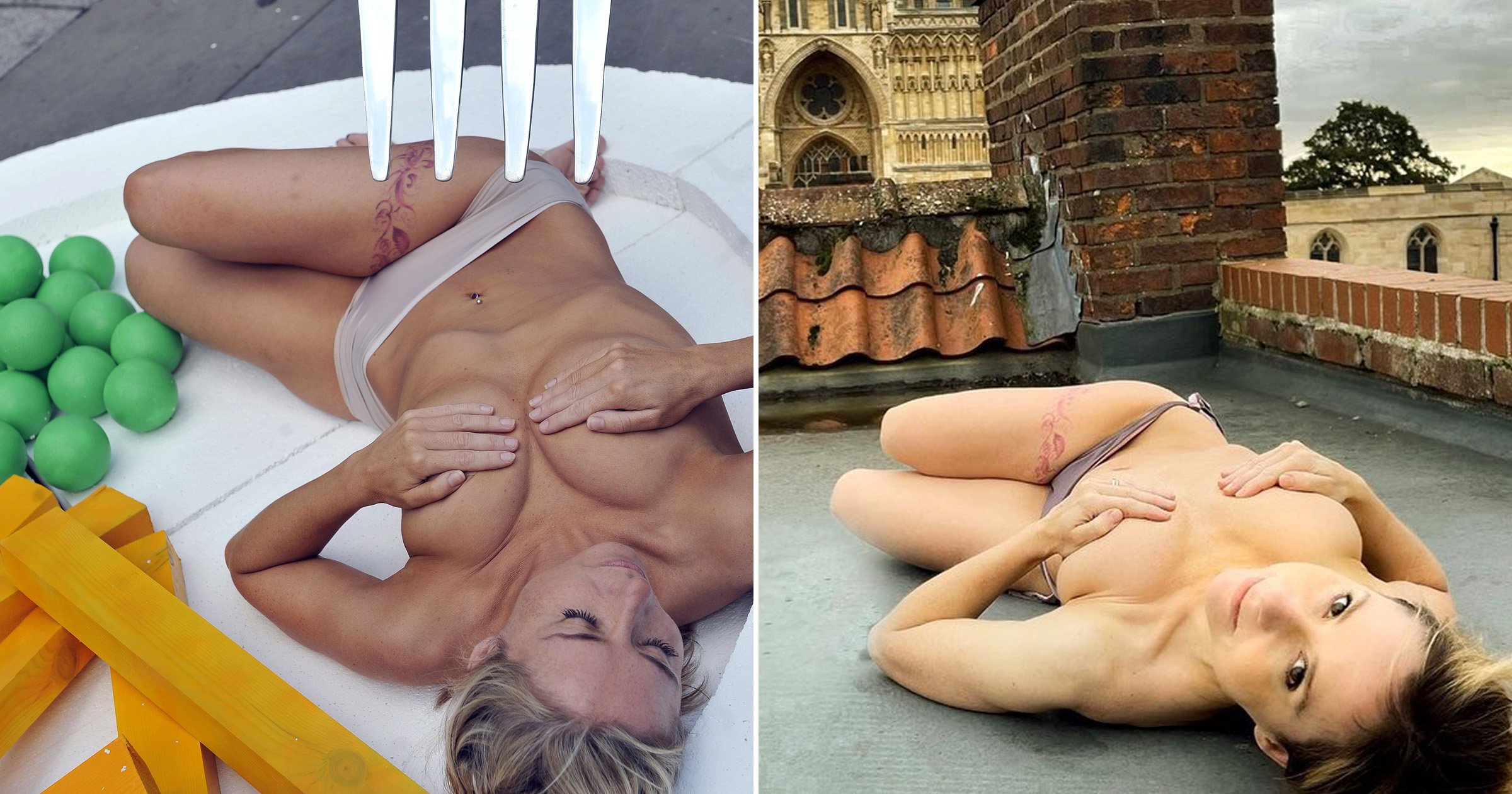 Sarah-Jane Honeywell has recreated the infamous topless photo that reportedly got her fired from CBeebies 10 years ago.

The children’s TV presenter shot to fame on programmes such as Higgledy House and Mighty Mites alongside Justin Fletcher aka Mr Tumble. However, after taking part in a topless photo shoot for Peta in 2011, she was axed from the channel.

To mark the 10th anniversary of the controversy, Sarah-Jane shared a similar photo of herself striking a pose lying down and using her hands to protect her modesty.

In the caption, she wrote on Instagram: ‘It’s 10 years to the day that a picture was taken that changed the projection of my life completely. To celebrate the changes that #cancelculture propelled me towards, here is a similar picture taken on my roof today, 10 years later. This time though, I’m asking you to ‘Relate to what’s on someone’s plate’ #bekind #bekindtoyourself

‘We are all in this together & we don’t have to get on but we can get along.’

Setting the record straight on her departure, she then claimed: ‘There is so much speculation about how “this picture” got me fired from CBeebies but the truth is there was already a producer that hated me & wanted to get rid of me.

‘This picture merely lit the match to a bonfire that had already been built for me.’

Sarah-Jane, 47, explained that she’s now ‘so grateful’ for the experience as ‘without that bonfire’, she would never have met Hollyoaks actor husband Ayden Callaghan or had their two children, sons Phoenix and Indiana Fox who she ‘lives for’.

‘I would never have known real happiness,’ she admitted.

Refusing to change her personality to appease critics, the presenter continued: ‘I will always be impulsive (I either do or do nothing, there is no in between for me).

‘If I think about my actions I am paralysed & I want to live, so I can’t think too hard I just have to jump & as I see it now I’m near my 50’s, if I’m not hurting anyone then why not be a little impulsive. There will always be critics but we are here for such a short time on this crazy & amazing world, time is not to be wasted, life is to be enjoyed. To laugh & love & help others.’

‘Amazingly, I am back working for the BBC after all & more than anything else, I am proof that no matter what life throws at you, as long as your children & family are safe, happy & well then nothing else really matters.

‘So embrace the day. Rejoice in the ordinary & if you want to be naked age 37 or 47 then do it. Do what tho wilt but harm non! Enjoy your life & always be kind – because no matter how you feel about another human being, we are all part of the same tribe & we all deserve to live a happy supported life💜💜💜💜 you are not your job.

‘You are not your salary or even where you live. You are not what other people think of you…..You are you & to be alive means everything. #livelifenow.’

Earlier this year, Sarah-Jane revealed that Fletcher hasn’t spoken to her since she was axed from the channel.