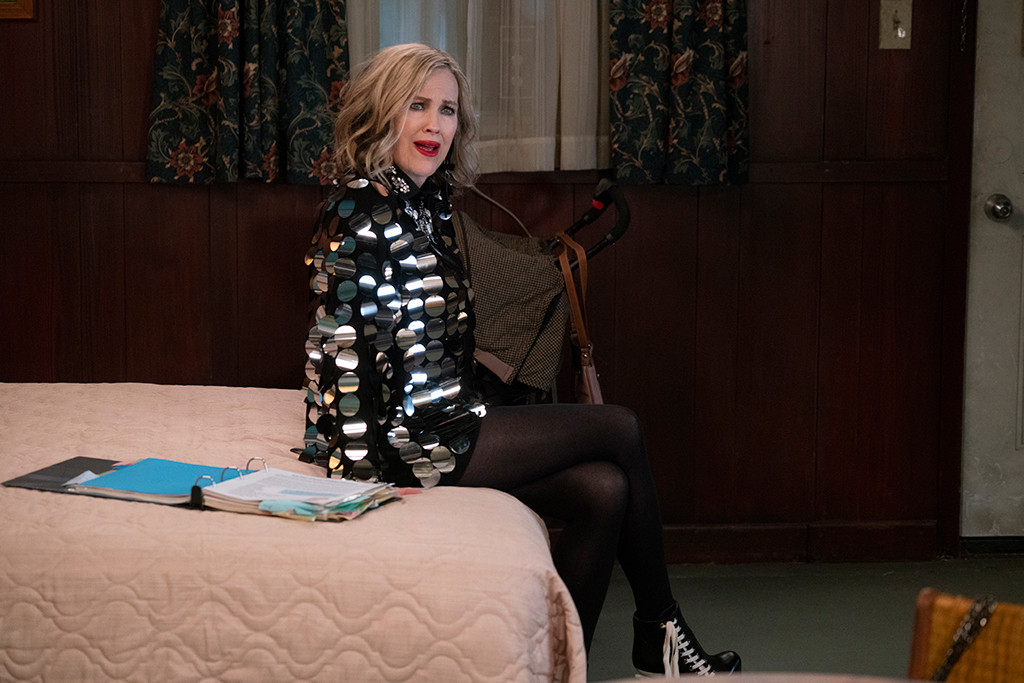 It’s rare for a show five seasons in—with its sixth and final season on the way—to break through at the Emmys, but that’s just what Schitt’s Creek did. And the joint Pop TV and CBC series is that kind of show: a rarity. The acclaimed comedy created by father-son duo Eugene Levy and Dan Levy is unlike any other comedy on TV.

“I’d rather be a late bloomer than peak early in life so it’s all good,” Catherine O’Hara, who was nominated for her work in the show, told E! News. “Daniel and Eugene—and all of us—got to build the show the way they hoped to do it and follow their own instincts and eventually the audience built…We love that the people who do watch this show then try to force their family and friends to watch it. We appreciate that!”

The series about a dysfunctional family who loses everything and is forced to relocate to a small town, Schitt’s Creek, to start over, is one of the sweetest shows out there. As the family of four— Eugene Levy plays father Johnny Rose, Dan Levy is son David Rose, Annie Murphy is daughter Alexis Rose and O’Hara is Moira Rose—begin their lives in the Podunk town, they are embraced with love and begin to let that impact them.

In an increasingly divisive world, Schitt’s Creek is something special, and the Emmy recognized that with nominations for O’Hara, Eugene Levy, the wardrobe department and as Outstanding Comedy Series. O’Hara said the show’s series nomination is “the most thrilling” of the four. “I’m so happy for Daniel and for everyone who has worked on the show these six seasons. Just, they’re the best cast and crew. So, it’s a great nomination for everyone. And the wardrobe was thrilling! I’m thrilled about that too…there is no mean spirit behind this show. This is the world that Daniel wants to live in,” O’Hara said. “I hope he gets his way someday.”

As Moira Rose, O’Hara plays a larger than life former soap actress with an affinity for wigs and an accent that’s impossible to pin down. When asked how Moira, who is desperate for the spotlight, would react to the Emmy nomination, O’Hara said in the Moira voice, “Just thrilled to be recognized by the Emmanuel’s.”

This is O’Hara’s first acting nomination, she and Eugene Levy previously won Emmys for writing SCTV, and she called the feeling “lovely.”

“Any time you receive any kind of encouragement in life it’s a lovely thing. So, I’m flattered. I’m not sure if I feel exactly this way, but I remember when Sally Field got in so much trouble at the Oscars for saying ‘You liked me,’ I swear the reason people got so mad at her about that was because she was voicing what they all felt that no one was supposed to say out loud,” O’Hara said. “But it’s really like someone likes you! But you’re not supposed to say it. It was so innocent on her part, but you’re just like, ‘Don’t say it out loud, no!’ Everyone there was thinking the same thing to themselves. So, no I don’t think everyone loves me, but it’s very encouraging and I appreciate it.”

The character has taken on a life outside the show, becoming the go-to GIF for Twitter users. While she doesn’t tweet, O’Hara did create an account and admitted to sneaking on to see all the love she was receiving from viewers. “It’s way too encouraging! I’ve got to come back to real life. Got to go back to cleaning the kitchen,” she said about experiencing the swell of support. As for why the character has taken on a life of its own, O’Hara is stumped.

“I just know that Moira is really fun to play. I love playing with the vocabulary, I love my inconsistent accent that I like to explain as my oral mementos of my world travels, and I love my wardrobe, I love that Moira is beyond neglectful as a mother, I think she just didn’t consider not hiring people to do what mothers do,” O’Hara said. “And yet she’s been given this beautiful second chance in life to get to know her children and be a mother. I think it’s just; I don’t know, I like to think that Moira has behaved really well and done really well to get together in the town of Schitt’s Creek, I think it’s fun to see someone try to restrain themselves. And I also love characters who have no realistic sense (but who does really) of the impression they’re making on others. I end up defending Moira all the time, people say she’s an ass or arrogant or not nice to people and I say, ‘Are you kidding? [In Moira’s accent] I am a people person.'”

O’Hara has wrapped production on the sixth and final season of Schitt’s Creek and taken a few bits of Moira Rose— some wigs and pieces of wardrobe—home with her, but there’s one thing she won’t be able to capture: the Rose family time.

“I will miss Mrs. Rose, mother to David and Alexis. I loved doing our family scenes. They were the most fun. Every moment between these parents and children was completely new to these people because we have no experiences as a family, so every moment was fresh and new and alien and wonderful,” O’Hara said. “Lucky for us.”

The final season of Schitt’s Creek will air on Pop in 2020.

Gossip Girl Getting a Reboot: Where Are the Original Stars Now?
Recent Posts