Carol Vorderman, 59, has fronted her own show on BBC Radio Wales since last year and has since become a familiar voice to listeners across the region on Saturday mornings. The former Countdown star sits down with a number of guests and celebrity friends to provide several hours of entertainment. However, it was an interview with one famous face which led to her gaining a co-star as producers were thoroughly impressed with their chemistry.

Known for playing evil Buster Smith on Channel 4 soap Hollyoaks, actor Nathan Sussex won the award for Villain of the Year at the 2019 British Soap Awards.

Shortly after his win, the Welsh-born star sat down with Carol for an interview about what it was like to be given such an accolade.

Although this was meant to last only a couple of minutes, the soap star has ended up becoming a permanent fixture on the airwaves.

In an exclusive interview with Express.co.uk, Nathan explained just how much of a surprise it was to land the role.

“[Carol and I] have a lot of fun on that. That happened by pure accident because I went in for a chat when I won the soap awards.” 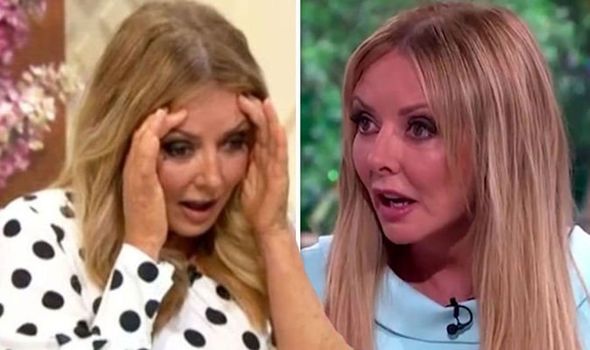 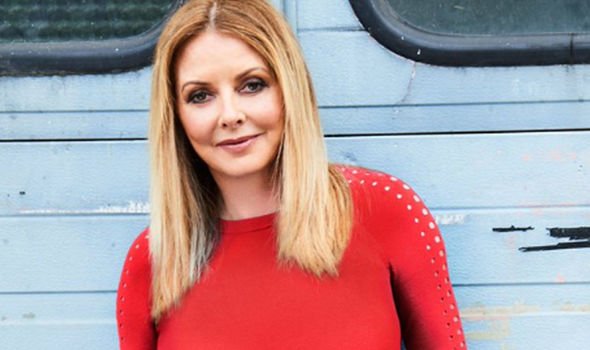 “I went in for a couple of minutes and yeah, we got on brilliantly and then the producers rang me and said, ‘We would love for you [to work with] Carol’,” Nathan continued.

“‘Would you like to come in and do a few shows with her?’ I went ‘Yeah sure. I’ve never done it before’,” the actor added.

“That was a year ago so I must be doing something right. We have a lot of fun. She’s an absolute scream to be around.”

However, Nathan isn’t Carol’s only co-star as she recently presented alongside Welsh journalist and weather presenter, Owain Wyn Evans.

That happened by pure accident

Back in June, the pair almost found themselves in hot water with producers when they joked they had free reins to do whatever they wanted.

Speaking on her self-titled show, Carol said to Owain after reading out some shout outs from listeners: “We can do anything we want really, can’t we?”

Although the weather presenter agreed, the former Countdown host explained: “I don’t think the producer actually likes me saying things like that.

“She’s glaring and I’m like hiding my face. I’m looking in the opposite direction,” the 59-year-old joked.

“I can feel her eyes pouring into the back of my head,” Carol added but the moment was all in jest as the presenter stuck to her script.

The former Countdown star landed the role after stepping in to host her own Sunday morning show during the summer of 2018.

It wasn’t until June 8, 2019, did the presenter become a full-time member of the team, having been raised in Prestatyn and Denbigh.

Speaking at the time about taking on a different media platform, the mother-of-two said: “Even though I’ve hosted thousands of TV shows I hadn’t hosted my own radio show since I was a youngster back in 1984.”

“We have such a laugh and get up to all sorts of mischief (my favourite hobby), and all the feedback and phone calls and stories from everyone who’s listening, well it’s wonderful,” she continued.

The former Countdown presenter likes to get listeners involved with her show, recently making a plea to them via Twitter.

Carol asked her fans to send in their best and worst dating stories she would be able to share on-air and possibly give some advice in return.

One fan wasn’t willing to share their experiences as they replied: “Not suitable for broadcast I’m afraid Carol! Not even suitable for public tweets for that matter.”

The Carol Vorderman Show airs Saturdays at 11:30am on BBC Radio Wales.

'The Batman' Delayed Until Early 2022