As fans eagerly await the release of Brigderton’s third season, many were also glad to hear about the show’s expansion. Showrunners have confirmed, that production for Queen Charlotte’s (played by Golda Roshuevel) spin-off has officially wrapped.

The limited prequel will follow the life of a young Queen Charlotte and while the cast and crew have remained tight-lipped about the show, bosses did announce a major update.

Taking to Twitter, the show’s series director Tom Verica revealed that filming had officially come to an end.

Alongside a photo of the words ‘QUEEN CHARLOTTE’, Tom wrote: “That’s a wrap. This production, this cast, this crew…just wait.”

This sparked a frenzy in his comment section with fans quizzing the showrunner about the plot while others shared excitement about the show.

READ MORE: Joan Collins hits out at Meghan and Harry arrival ‘Do we need to?’ 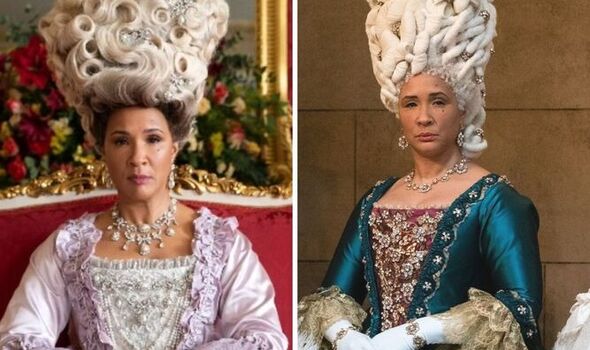 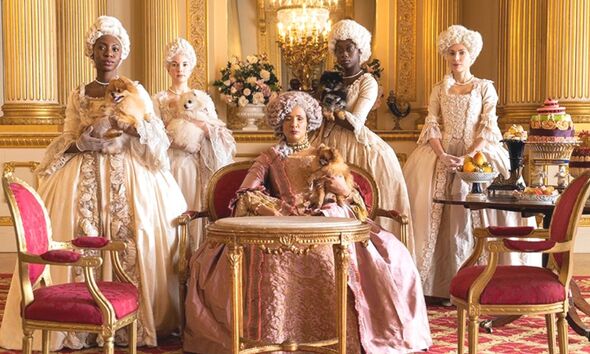 “We are SO READY FOR IT,” wrote @Aynsley_Broom.

An excited: “@msmomma11 added: “I cannot wait to see what y’all have created now!”

A third fan @DanielleEBowers  tweeted: “Charlotte’s story is fantastic in the history books so I can’t wait to see what you’ve created.”

While an inquisitive @angryybee_ asked: “Tom, can you give any clues about Violet and her family in the Queen series? We want to know if we have more of her youthful past. 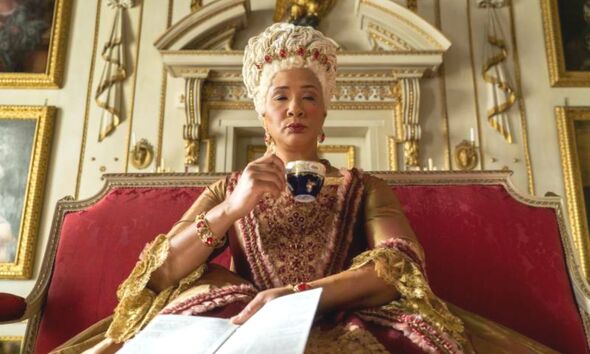 As the spin-off is a prequel and will depict Queen Charlotte’s younger years, 21-year-old actress India Ria Amarteifio will take on the role.

The series will show the huge societal shift she bought on after her marriage to Kings George.

While the original stars will reprise their roles, a younger Lady Danbury will be portrayed by Arsema Thomas and Connie Jenkins-Greig will be introduced as a teenage Violet.

Bela stated: “Many viewers had never known the story of Queen Charlotte before Bridgerton brought her to the world, and I’m thrilled this new series will further expand her story and the world of Bridgerton.

“Shonda and her team are thoughtfully building out the Bridgerton universe so they can keep delivering for the fans with the same quality and style they love.

“And by planning and prepping all the upcoming seasons now, we also hope to keep up a pace that will keep even the most insatiable viewers totally fulfilled,” she concluded.

Netflix’s regal drama Bridgerton, which first premiered in 2021, proved to be a huge hit as viewers worldwide remained hooked each week.

Season one broke major records as it became the platform’s biggest series ever after it clocked in a whopping 82 million viewers.

The show’s second instalment followed suit with over 627.11 million hours viewed in the first 28 days.

With Bridgerton’s massive following, bosses were quick to confirm the release of season three and announce its’s first spin-off.

Bridgerton seasons 1-2 are available on Netflix