“What happened to her wasn’t right,” Tamika Palmer tells NBC News as the anniversary of her daughter’s death nears 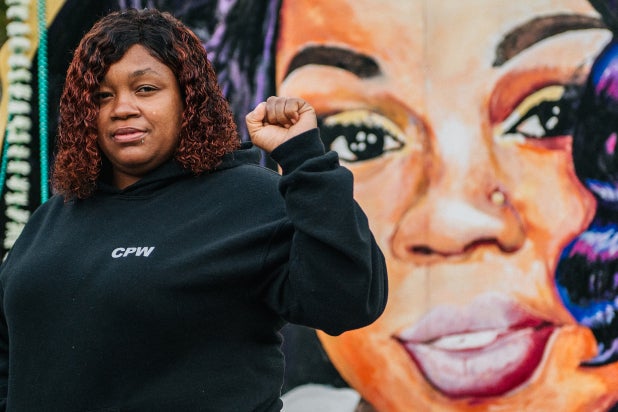 Nearly one year after 26-year-old Breonna Taylor was fatally shot by police in her own home after they served a no-knock warrant, Taylor’s mother Tamika Palmer is speaking out about the pain she’s endured after losing her child and the justice system’s failure to charge anyone in her murder.

Palmer said that she finds it difficult to find any justice in the situation. “I don’t know the difference in the days anymore,” Palmer told NBC News Wednesday. “Nobody has been held accountable, and that’s the problem.”

Taylor’s killing on March 13, 2020 sparked a nationwide protest against police brutality and a vast social media campaign to bring her killers to justice. But almost one year after Taylor’s murder, no one in the Louisville Metro Police Department has been charged.

“So many people who never even met (Breonna), but they learned of her. They came to stand for her. What happened to her wasn’t right. I could never say thank you enough,” Palmer said. “Just to know who Breonna was, she didn’t deserve that. And so, I’ve always felt like I’ve had one job… it was to protect my kids. And so how do you not continue to fight?”

This week mourners and protesters remembering Taylor are expected to gather at Jefferson Square Park in downtown Louisville, where a memorial for Taylor was created shortly after her death.

In case you need a refresher on the case: Taylor, a Black woman and E.R. technician living in Louisville, Ky., was killed by three white Louisville Metro Police officers in plainclothes who were serving a no-knock search warrant under the pretense of busting a (nonexistent) drug ring. The officers — Jonathan Mattingly, Brett Hankison, and Myles Cosgrove — broke down the door to Taylor’s apartment in the middle of the night. Taylor’s boyfriend, Kenneth Walker fired one warning shot with his licensed firearm at the police, believing it was a home invasion. The police then fired back 32 shots, six of which struck and killed Taylor.

Officer Cosgrove was determined to have fired the fatal blow that killed Taylor. Officer Hankison was indicted for endangering Taylor’s neighbors because three shots went through their adjacent apartment wall.

One potential source of hope for Palmer and Taylor’s family is an ongoing federal investigation into her killing. Taylor’s family also is due to receive a $12 million settlement from the city of Louisville, which still refuses to acknowledge any wrongdoing in her death.