The news was confirmed by Freddie Jones’ agent today.

Freddie, who was 91, played Sandy Thomas in the Emmerdale cast.

It is not yet known how the star actor died.

Freddie, who was from Stoke-on-Trent played Sandy, the dad of Ashley Thomas, between 2005 and 2018.

The star revealed last year that he had been offered another 12-month contract by the ITV soap, however he felt it was the right time to leave.

He told RadioTimes at the time: “It’s about the balance of my life.

“The company generously offered me another 12 months. But I just thought, ‘I have no idea what I’m going to do in another year!’

“The drama that Ashley’s death [played by John Middleton] gave me last year was monumental. But that’s gone now.” 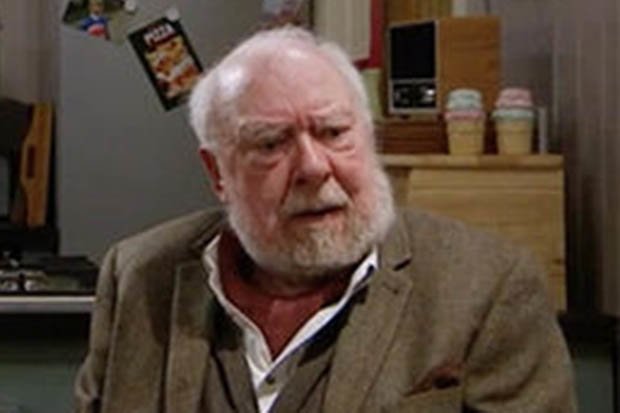 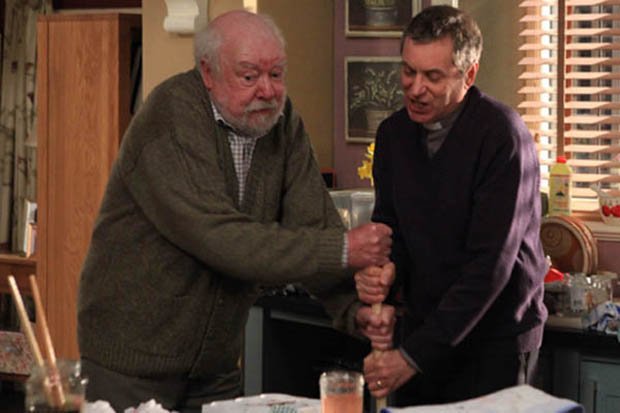 He continued: “I travel three hours by car, book into a hotel and then get up the next day to say maybe three sentences.

“And then do a three-hour journey back. I can’t justify staying, even though Emmerdale was very generous in asking me to.

As well as Emmerdale, Freddie had a glittering career in a number of TV shows, including Casualty, Midsomer Murders.

Freddie became an actor after ten years of working as a laboratory assistant with the British Ceramic Research Association in Penkhull, leaving (according to him) because of a ‘ban on beards’.

He then pursued his hobby of acting on a full-time basis.