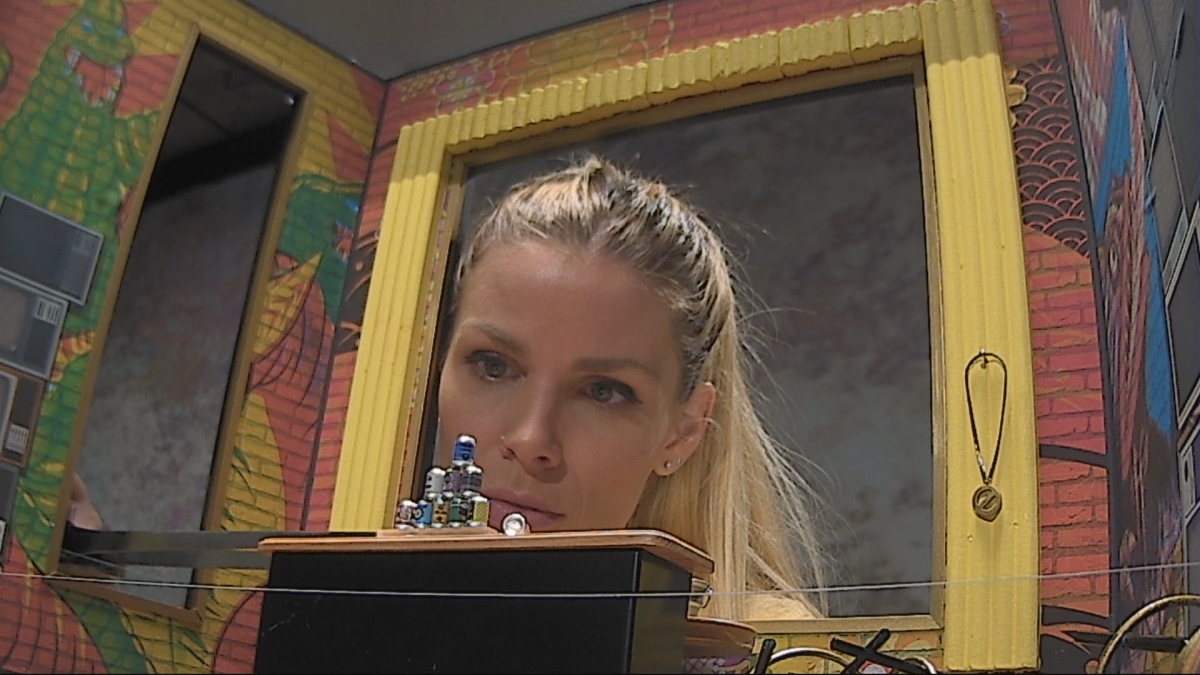 Each time a new HOH takes power in the house, they participate in a question-and-answer session from the HOH Room.

This one happened during a really interesting week of the show, with Dani having to nominate four different people this week.

On Tuesday night, during a special episode of the show, Dani was shown having to adjust to a BB Basement power getting used. She also had to name a replacement nominee when the Power of Veto got used.

During her run as the HOH, the first member of the BB22 jury is going to be decided. On Thursday night, it will be either Ian Terry or Tyler Crispen heading to the BB22 jury house.

For readers who want to jump ahead, the house already has a plan for eviction night that we will share here.

The video below was shared on social media by the producers of the show. It’s a short one, but it allows Dani to speak about her time on Big Brother All-Stars 2.

The segment is called the HOH Hot Seat and it gives a weekly in-person look at what the person in power is dealing with. It also gives them a unique opportunity to speak directly to the CBS viewers and live feed subscribers.

It will be interesting to see if Dani plays her BB Basement power this week. She has the ability to play in the next HOH Competition, even though she will be the outgoing person in power.

Dani has complained a lot about being the Head of Household and she has continuously stated that she would have rather had Cody Calafiore win the Endurance Challenge.

After Dani won, she then had troubles with the nominations, leading to her end-week nominees of Ian Terry and Tyler Crispen, despite starting out the week with Kevin Campbell and David Alexander on the block.

With all of that stress that she went though, it will be interesting to see if she decides to just keep that BB Basement power in her pocket. She also has to consider that she has lied to a lot of people about not having a power, so when she plays it, people are going to figure it out.

Even though David used his own power to save himself, people are blaming him for Tyler being on the block. That even led to Cody and Tyler comparing David to O.J. Simpson during a backyard conversation.

In terms of the best game move for her, that would be for Dani to play for the HOH again. Winning it would guarantee safety for a short time, which could be very valuable when people like Da’Vonne Rogers, Kevin Campbell, and David Alexander would like to see her on the block.