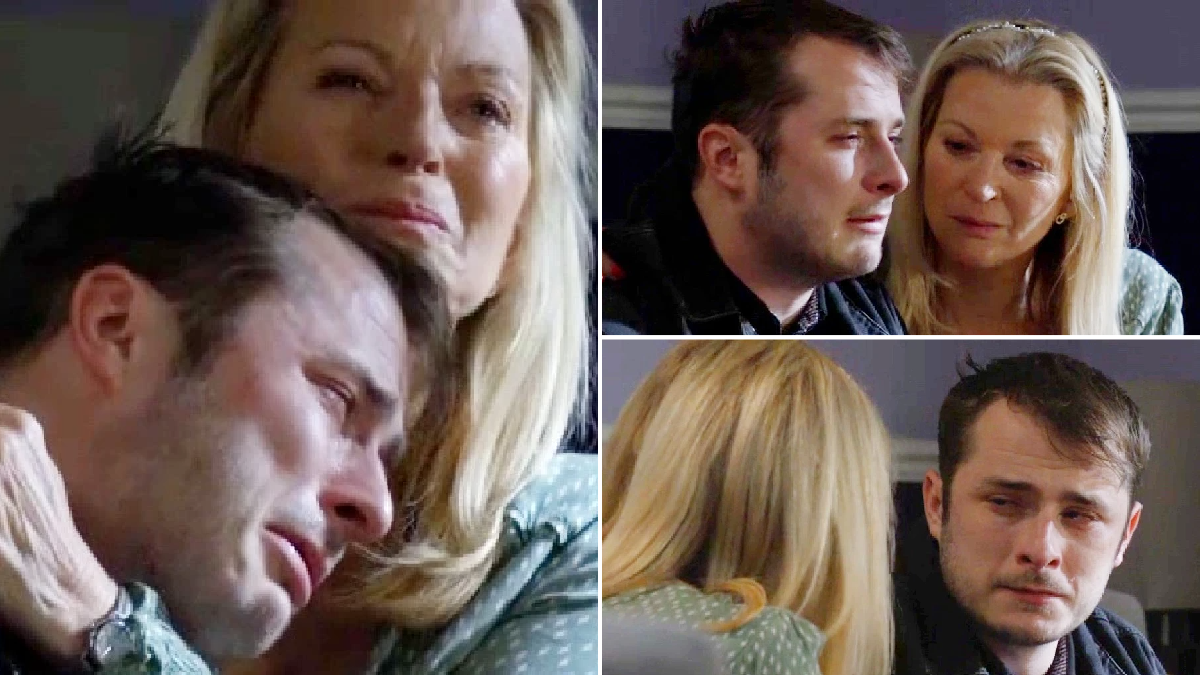 Ben Mitchell (Max Bowden) has decided to report Lewis Butler (Aidan O’Callaghan) to the police after being raped by him in EastEnders.

In the aftermath, Ben attempted to put distance between him and his mum, announcing he needed some air and left the house.

But when Ben opened the gate and he spotted Martin (James Bye) and a sea of people, the thought of being out in public terrified him, so he shut the world out and collapsed to the floor.

Back inside, Kathy opened up to her son about the times she was raped, first at 14-years-old and then by a man called James Willmott Brown.

The attack by Willmott Brown happened at The Dagmar – the same building as The Albert.

It was clear Kathy experienced the same feelings as Ben after she was raped, but she told her son she knew prison was the right place for her attackers – and then put forward the idea of Ben reporting Lewis.

Initially, Ben was afraid and thought the police wouldn’t believe him as there’s evidence on his phone of him sending messages to Lewis first.

But as Kathy reminded Ben, he never sent any messages to Lewis asking to be sexually assaulted.

Ben agreed to report Lewis to the police and broke down in his mother’s arms.

You can visit the Survivors UK website here for more information and support on men and non-binary people who have been affected by rape or sexual abuse.

Halsey Forced to Cancel Maryland Concert Due to Flooded Venue