While Below Deck fans are used to seeing Captain Lee Rosbach‘s reliable bowl of Cheerios and coffee arrive in the bridge every morning, there’s something else Rosbach also depends on every morning.

A fan recently asked Rosbach if breakfast includes anything more than Cheerios. “Protein Smoothie’s with fresh fruit, protein mix, spinach and 2% milk and few cubes to cool it off,” he replied on Twitter. 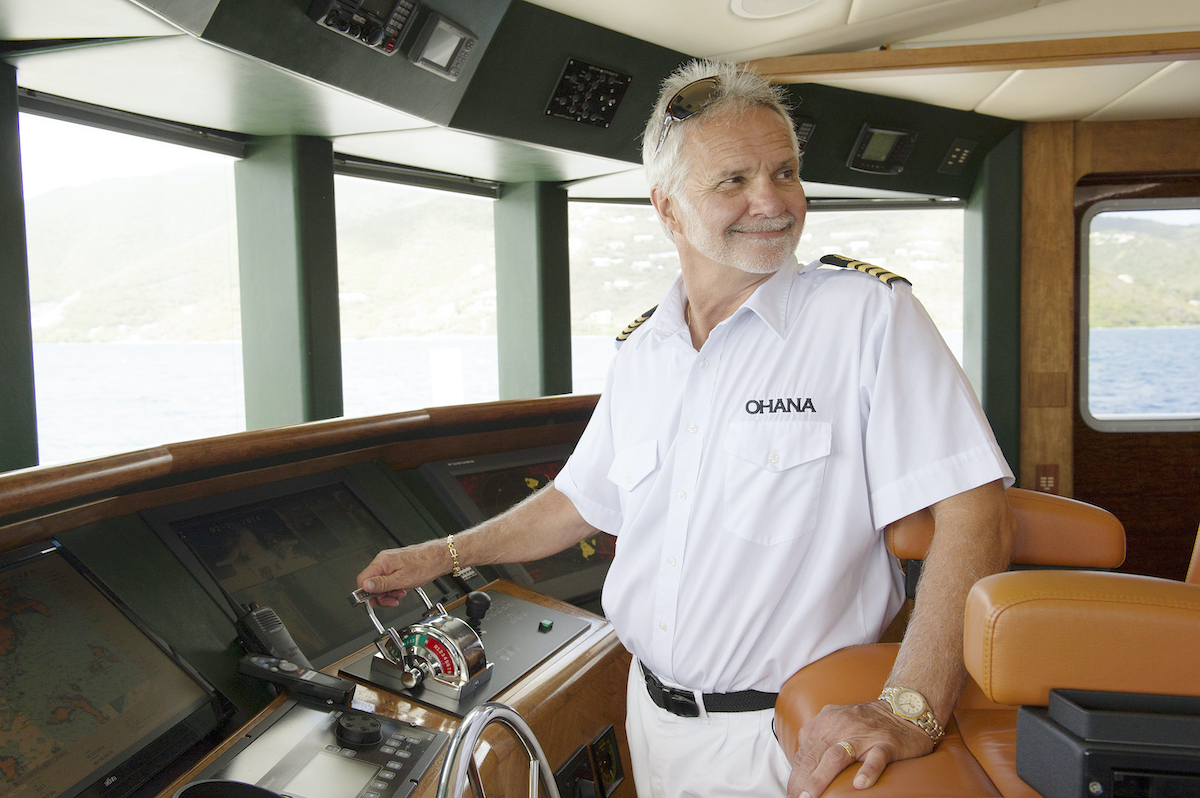 Rosbach’s morning smoothie has been a work in progress as he revealed raw eggs used to be included in the recipe. Wife Mary Anne told her husband to find another way to get protein in the shake, which is when he pivoted to protein powder.

“Then I add 50 grams of protein, usually just whey, plus a banana, two cups of blueberries, two cups of strawberries, and two cups of spinach,” he told GQ. “I’ll have that around nine, and it’ll carry me through until the early afternoon.”

Getting enough protein every day is important to Rosbach, which is something that isn’t easy on charter. “It’s hard to get my protein fill on the water, but I just eat what the chef makes,” he said. “I’ll tell him that I don’t need a lot of pasta. Pasta is my weak spot. God, I love it. If I’m having a cheat day, I’m going straight for a big old plate of pasta. I mostly try to avoid large amounts of anything.”

“Look at what the girls [in the interior] are doing wrong,” Arias said about Chastain’s reaction to the show. “And [Chastain was] screaming about multi-grain Cheerios. She’s like, ‘It’s the wrong Cheerios!’ I guess [the stew] gave him regular and not multi-grain and she lost her sh*t. I’m like, ‘See, this is why I can’t work inside.’”

Does Captain Lee work out?

Rosbach is often filmed getting his cardio in on the boat’s elliptical or treadmill. He told GQ he is definitely a gym rat. “I’m usually at the gym for two hours,” he revealed. “I’ll do a little something to get my heart going, then I’ll start with weight machines. I do a lot of repetitions without really heavy weights. On the bench press, I’ll do 180 pounds, but I’ll do three sets of 15 at that weight. I’ll switch it up every couple of weeks so that my muscles don’t remember the same routine.”

“I do the StairMaster,” he shared. “That’s the only one you can’t cheat on. I hate it with a passion. I call it vulgar, obscene names. We have this love-hate thing going on. And I’ll do anywhere from 300 to 1200 crunches a day. If I’m doing just 300, I’ll add 100 pounds to that, because I’m not getting the repetitions in.”