Line of Duty: Fan says he was 'overwhelmed' by series finale

On Monday morning’s BBC Breakfast, hosts Jon Kay and Louise Minchin couldn’t help but talk about the finale of Line of Duty and how some viewers were left disappointed by the ending. Before the duo interviewed Line of Duty superfan and TV critic Scott Bryan, they played a clip from Sunday night’s instalment which revealed the identity of ‘H’. However, some viewers were not happy over the fact the show spoiled the ending when they hadn’t even watched it yet.

Louise began the interview by asking Scott about whether he felt let down by the ending.

“I was a bit overwhelmed I think primarily. But having said that I think the reasoning of why H ended up being Buckells made sense.

“I think the reasoning behind it, the fact his character linked back to different series.” 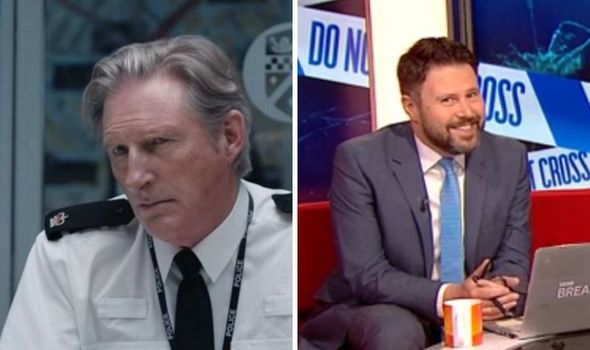 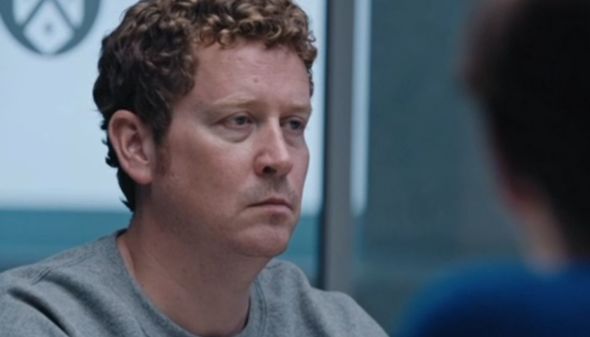 He continued: “I liked that he wasn’t this big supervillain.

“But, what I didn’t necessarily like is we didn’t understand Ian Buckells’ motivation.

“It felt it was leading up to a big cliffhanger. He was revealed to be this super villain and then it was like ‘see you later goodbye’.

“People feel just a little bit confused about that.” 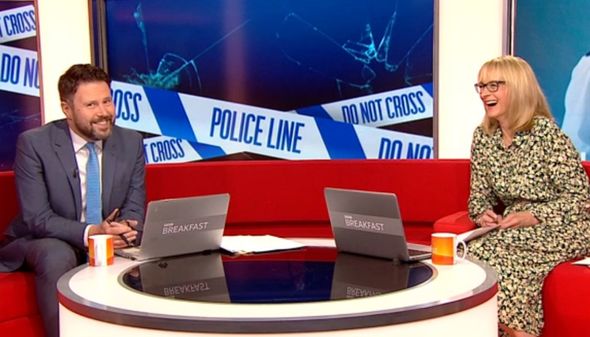 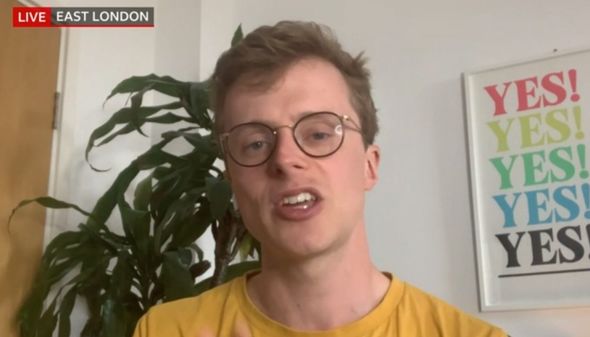 Scott went on to discuss viewers’ disappointment over the ending as he compared it to the reaction the finale of Game of Thrones received.

“There were many different theories that were sort of and many viewers going around this certain idea, one way or another,” he added.

“I think part of it was the disappointment the theory ended up not living up to what they wanted it to be.

“It wasn’t their vision that it ended up being something different.”

Following the segment, angry viewers took to social media to slam BBC Breakfast for ruining the ending of Line of Duty.

One viewer raged: “Seriously! Just grabbed a coffee, turned on News to be greeted by ‘it was buckles!’ I have been waiting to binge-watch the series… thanks a f*** BBC.”

Another tweeted: “No point ever watching Line of Duty now – @BBCBreakfast just told everyone who it was.”

A third added: “Why did you have to spoil it for the ones that haven’t watched it.”

A fourth penned: “You needed to show everyone looking disappointed over the reveal.“

“Why do BBC say look away by showing footy results but not look away if you’ve not seen Line of Duty then ruin it for people not watched it yet?” a fifth viewer said.

“Some people work on a Sunday night!”

“Little ‘teasers’ spoil it for those of us who’ve yet to watch it. You might as well tell us what happened. But DON’T, just shut up about it. Thank you.”

BBC Breakfast airs daily at 6am on BBC One and Line of Duty is available to watch on the BBC iPlayer.