Home » TV & Movies » 'Back to the Future': Producer Bob Gale Reveals the Origin of 2 Classic Catchphrases 'Back to the Future': Producer Bob Gale Reveals the Origin of 2 Classic Catchphrases

Cult classic movies live on in modern culture thanks to fans who can’t stop watching and quoting them. Back to the Future is one of the most beloved of these thanks to its timeless appeal.

The story of Marty McFly (Michael J. Fox) going back to 1955 and meeting his parents as high school students became one of the most import science fiction movies of the 1980s. The success of the first film spurred two more installments, creating the massively successful Back to the Future trilogy. And fans cherish all three films.

Two of the most popular catchphrases from Back to the Future come courtesy of Doctor Emmett “Doc” Brown (Christopher Lloyd) and Marty McFly himself. Writer and producer Bob Gale explained where these lines came from. 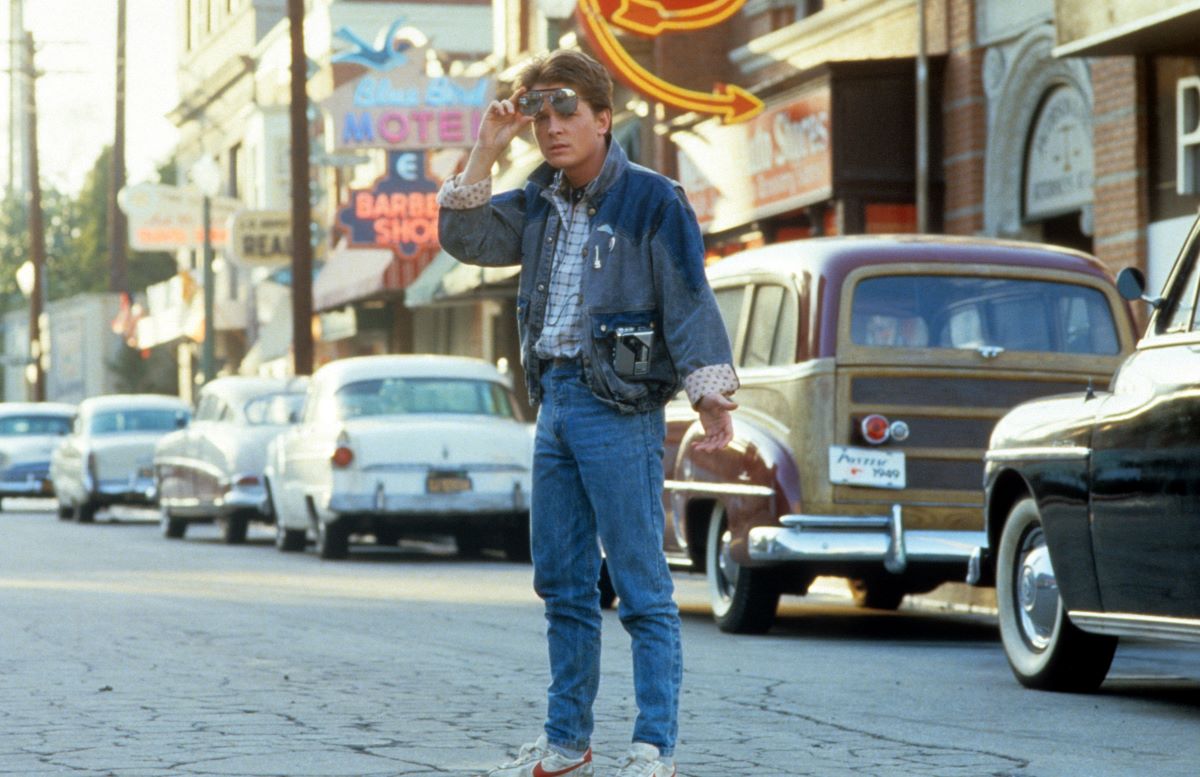 Some cult classics take time to reach that status, but the original Back to the Future was a smashing success from the start. The movie earned a whopping $381 million at the box office and became the highest-grossing movie in the world in 1985. Critics loved it just as much as fans, with Back to the Future earning multiple award nominations and winning an Academy Award.

Sequels don’t normally receive as many accolades as the original. But when it comes to the Back to the Future trilogy, all three installments are lauded as high achievements in the sci-fi genre. Even decades later, they’re still seen as culturally relevant.

Doc Brown almost didn’t say ‘Great Scott!’ in ‘Back to the Future’

The eclectic character Doc Brown is one of the most memorable in the Back to the Future trilogy. He is known for having wild inventions and for exclaiming, “Great Scott!” This line became an essential component of his character and, according to movie writer and producer Bob Gale, it almost never happened.

“Well, ‘Great Scott!’… I think [Back to the Future writer Robert] Zemeckis came up with that, just thinking that Doc needed sort of a signature expression. He was going to use ‘Great Caesar’s Ghost!’ because that was in the Superman TV series that we both grew up on,” Gale told Cinema Blend.

“There was some other character somewhere who used to say “Great Scott!” I don’t remember who it was.”

Another catchphrase from Back to the Future came courtesy of Marty McFly, who hated being called a chicken. Gale recalled how the catchphrase was selected while the team creating the sequels meant to expose one of his character flaws.

“…We didn’t really establish a real character flaw in the first movie because the character who experiences growth in the first movie is George McFly. But we did establish Marty’s a bit of a hothead, and that it seems like he’s kind of quick to mix it up with Biff in the scene in the school cafeteria and the scene in the cafe when Biff just kind of towers over him,” Gale explained.

“So we thought, ‘You know what? Let’s use that. Let’s use that as Marty’s character flaw, that he’s a hothead. And so we can verbalize that by having him say “Nobody calls me chicken!” For anybody calling him chicken, that’s his Achilles’ heel.’”

Ultimately, it made Marty more relatable and memorable, which most likely contributed to the success of the second and third movies. Thanks to these two catchphrases and so many more, Back to the Future is one of the most beloved sci-fi films ever made.