TheWrap looks at the strangest fan theories about the franchise, in time for #BackToTheFutureDay 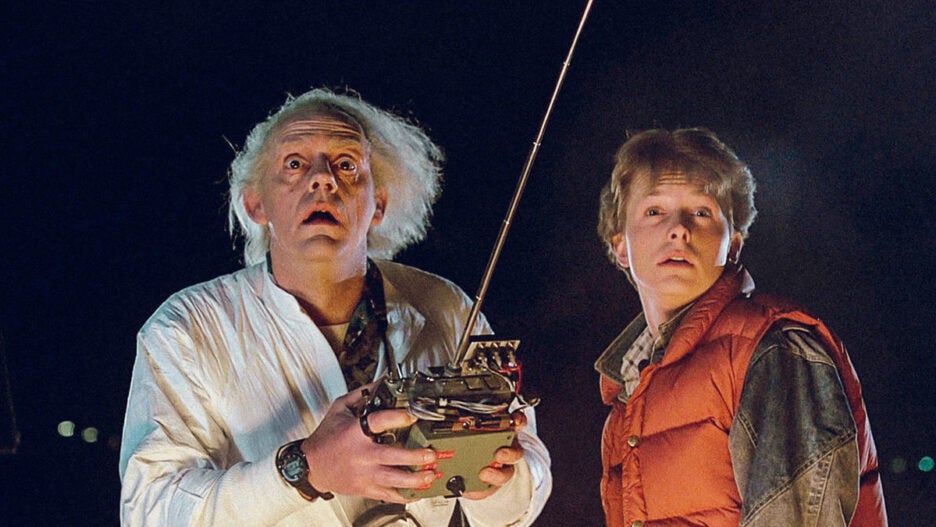 According to some fans, “Back to the Future” films predicted the terrorist attacks of September 11, 2000, as well as the assassination of John F. Kennedy, Jr.

These are just two of the craziest theories about the 1980s sci-fi trilogy that are floating around the internet. Many also suggest that George McFly actually knew that Calvin Klein was his future son, and that it is Doc and Marty’s fault that we don’t have hoverboards today. There are more, but some of them are even too crazy to understand.

Ahead of the official “Back to the Future II” day on Oct. 21, which was also the day which Michael J. Fox‘s time-traveling teenager Marty McFly visited in the film, TheWrap takes a look at the five most out-of-this world conspiracy theories.

One fan theory claims that the film actually predicted the September 11 attacks in multiple scenes. In the first movie, the clock reads 9:55 p.m. at one point, a clear indication for some fans that the film predicted 9/11 because the clock’s hands point to 9 and 11.

In a second scene, in which Marty McFly is ambushed in the Twin Pines mall parking lot, the fan points out that the shooting takes place in a location that contains the word “Twin” in its name. Naturally, he connects that to the fact that Al-Qaida chose the Twin Towers for their terrorist attack.

2. The film echoes the assassination of John F. Kennedy

In another fan video, various eerie “similarities” are pointed out that made one fan think that the film also echoed the 1963 assassination of President John F. Kennedy. According to the video, Dealey Plaza in Dallas, where Kennedy was assassinated, has the same layout as Hill Valley Town Square, and the courthouse clock tower look similar. In a store front, a bust of JFK is depicted, positioned in Hill Valley where JFK actually “lost his head” in Dealey Plaza.

Moreover, “Back to the Future II” was released on Nov. 22 — the day JFK was killed.

3. The “Back to the Future” trilogy is a metaphor for sexual reproduction 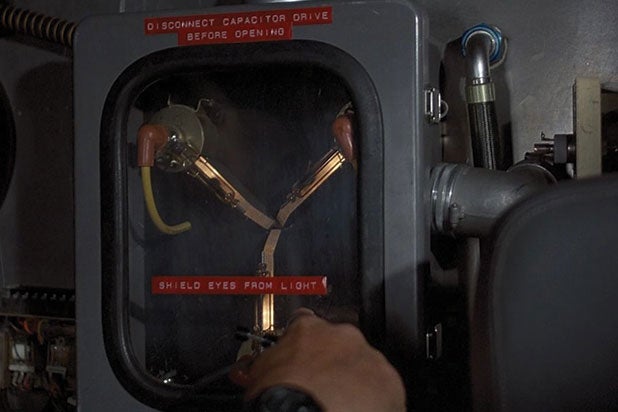 As reported by Time, fans have pointed out that the flux capacitor looks very similar to a pair of ovaries and Fallopian tubes connected to a uterus. Moreover, the machine requires a man to enter it to begin the process, which is supervised by Doc Brown (Christopher Lloyd). 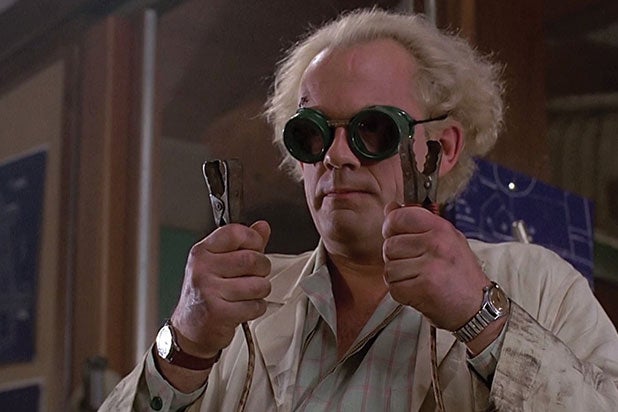 On Reddit, some fans have pointed out the weirdness of Doc Brown putting himself directly in the path of the DeLorean time machine. This is why they think that he is actually a suicidal maniac who knew the machine wouldn’t work and therefore wanted to kill himself.

See Video: Steven Spielberg Likens 'Back to the Future' to 'Taste of Buttered Popcorn' in 'Back in Time' Trailer

5. “Donnie Darko” is “Back to the Future” Fan Fiction 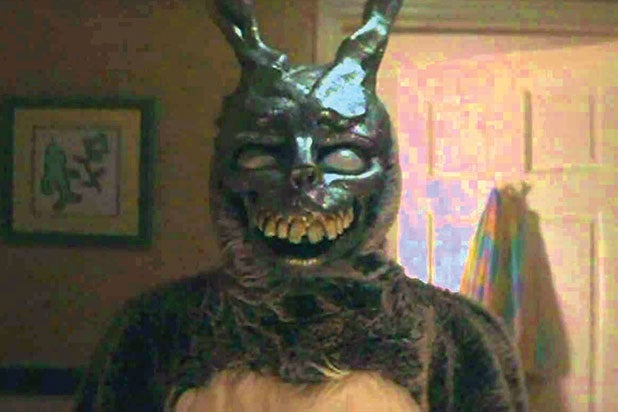 Motherboard reported that writer-director Richard Kelly is a “Back to the Future” fan, and according to “What Culture,” Kelly’s 2001 breakout film “Donnie Darko” was developed as fan fiction.

Advocates of the theory say that the plots overlap if you just substitute Marty with Donnie, Doc Brown with Frank the Bunny and Claudia Wells’ Jennifer with Jena Malone‘s Gretchen.