ASHLEY Judd shared shocking photos of her 55-hour rescue after almost "losing her leg" and suffering "internal bleeding" in the Congo.

The actress has been open about the scary ordeal. 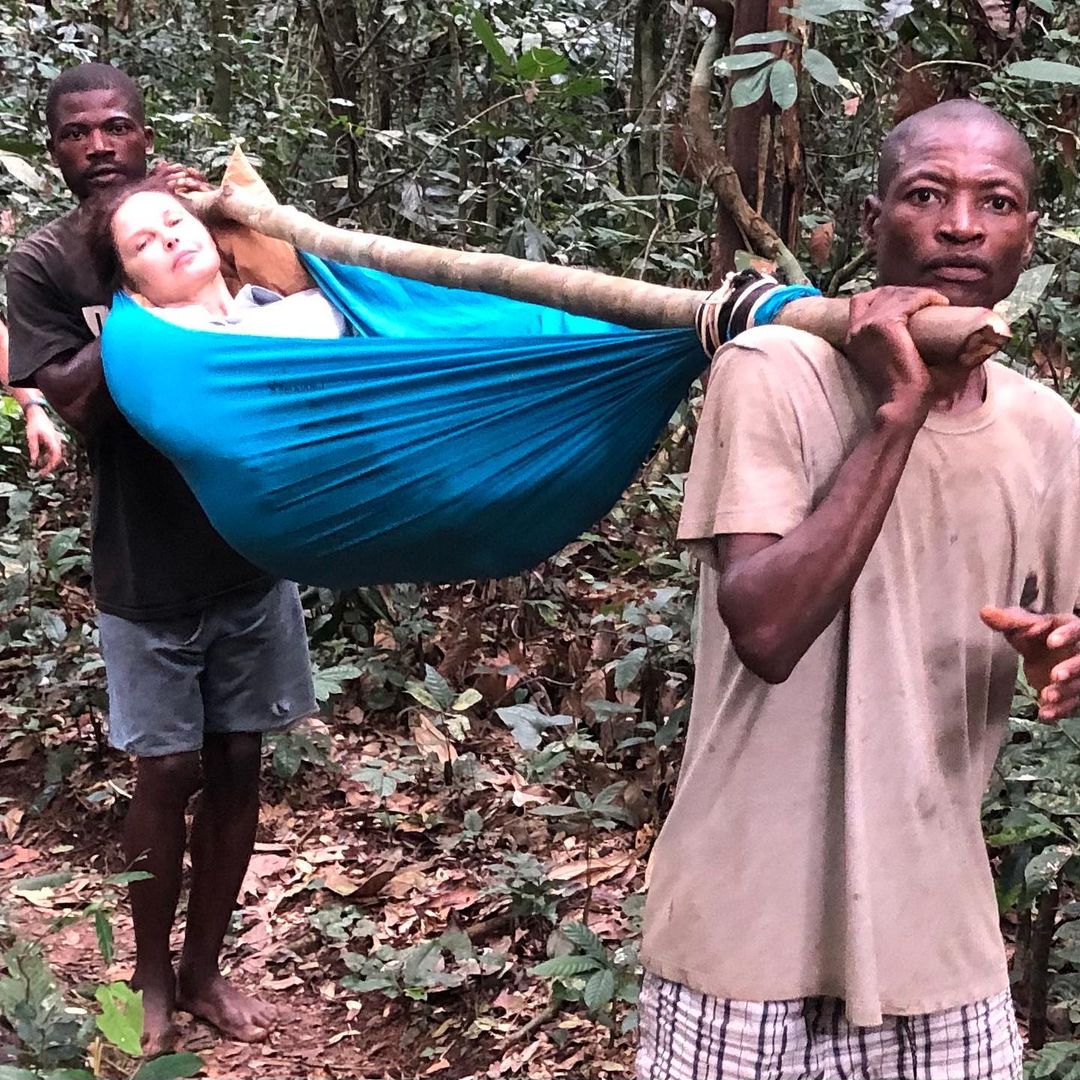 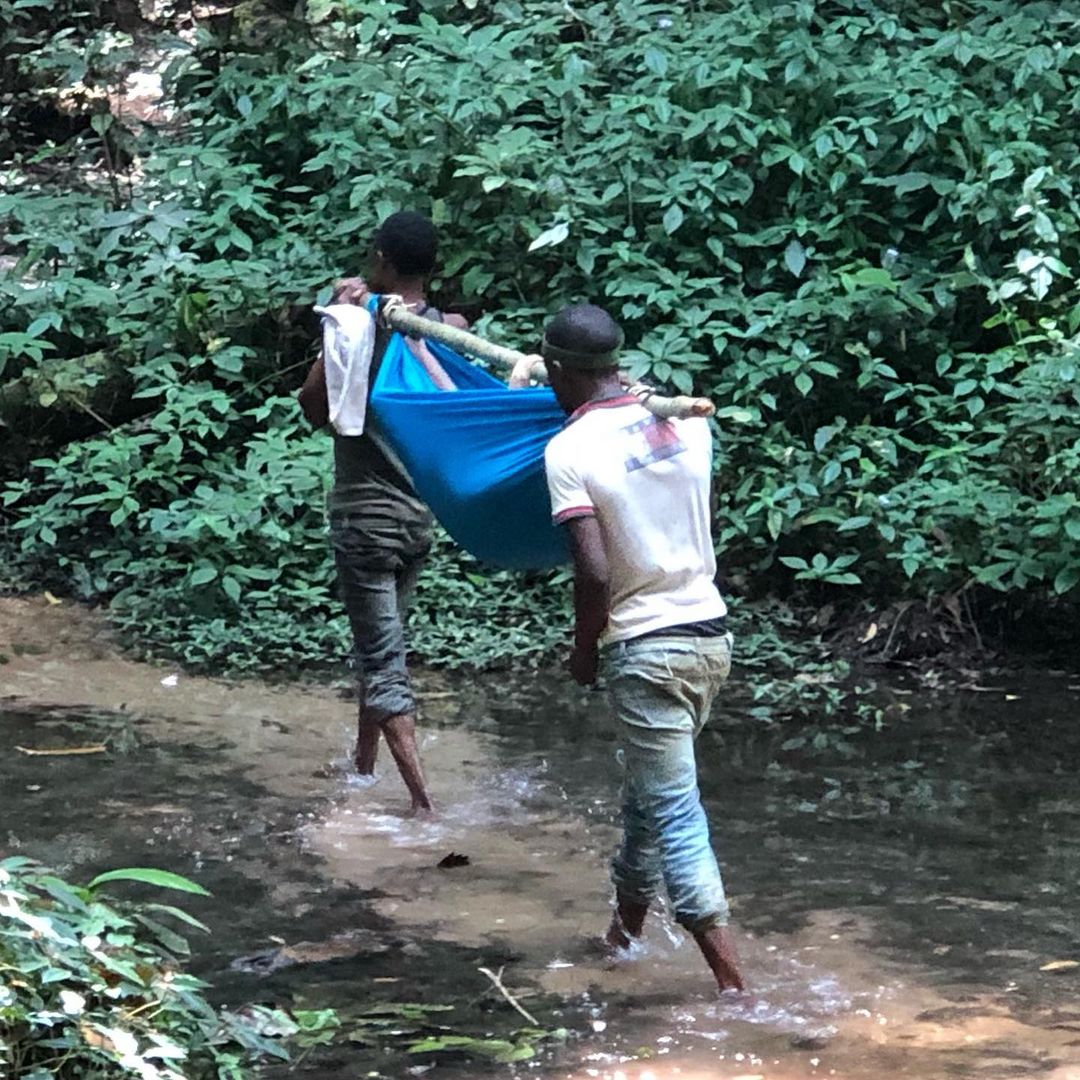 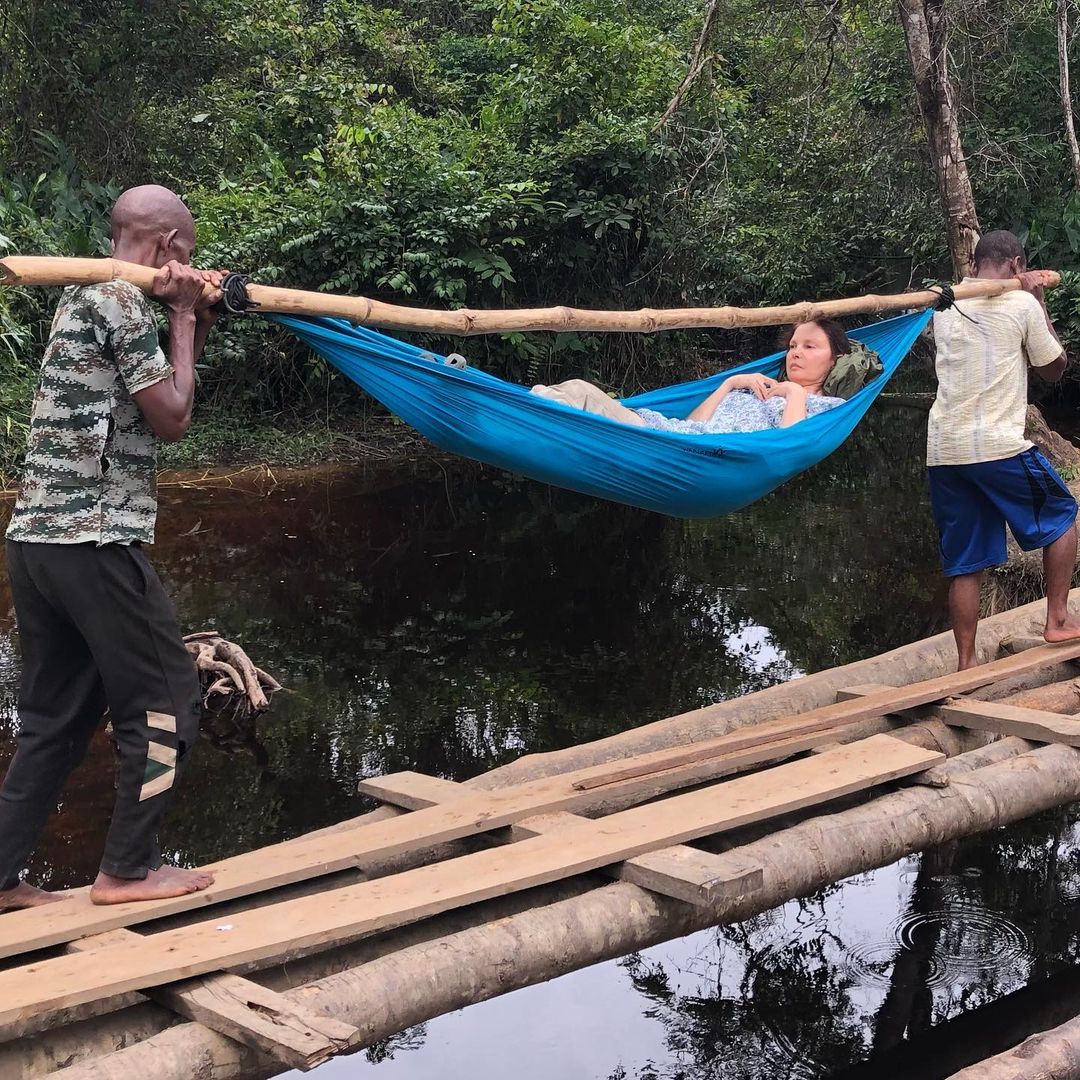 The 52-year-old took to Instagram to post various pics following a "catastrophic" fall that led to quite the mission to help her.

In one of the pics, Ashley is seen being carried by two men on a makeshift hammock while she looks distressed, while in another she rests her injured leg while lying on the floor as people surround her.

The star is also seen being tended to by various locals as they hold her hand during the intense experience.

She wrote alongside the photos: "Friends. Without my Congolese brothers and sisters, my internal bleeding would have likely killed me, and I would have lost my leg. 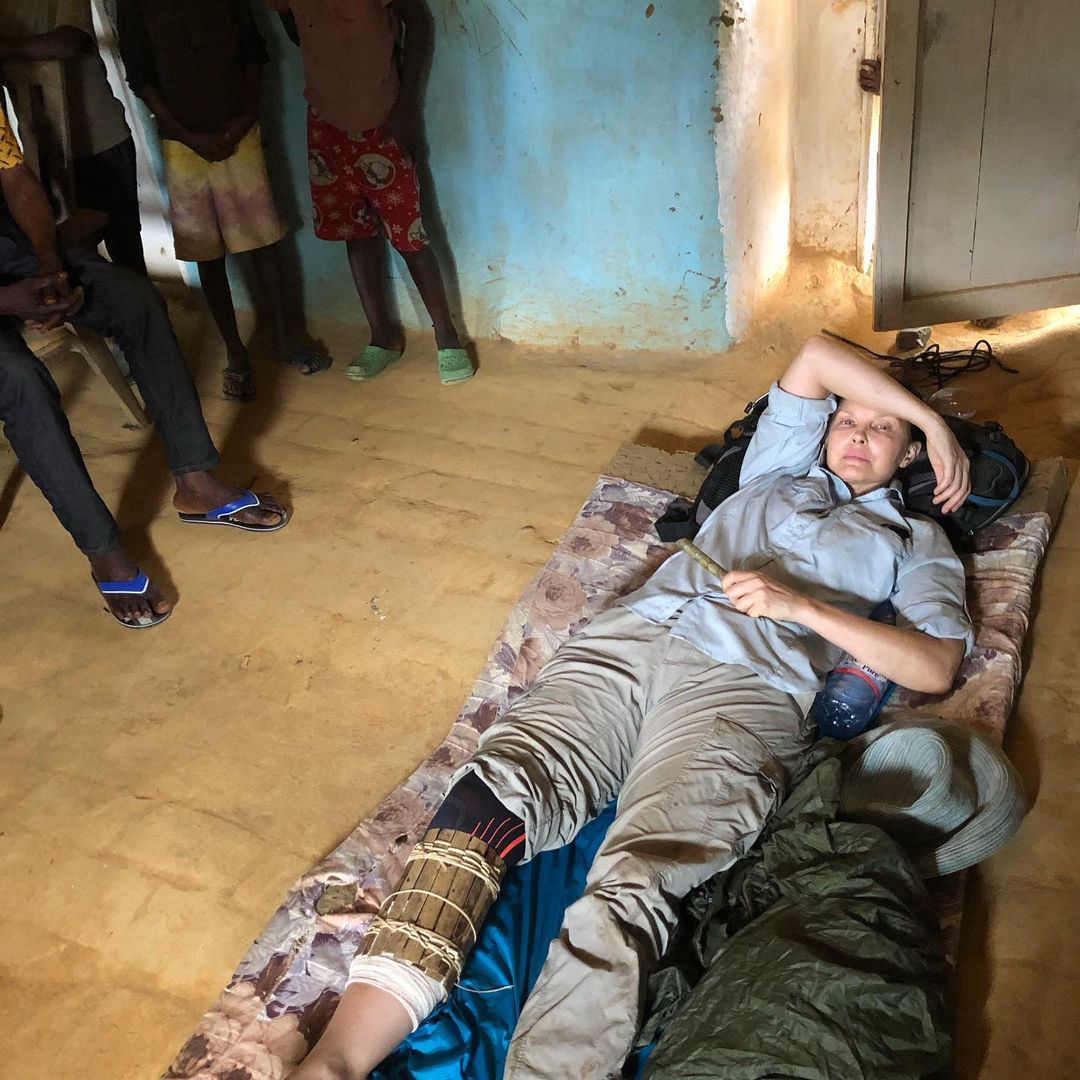 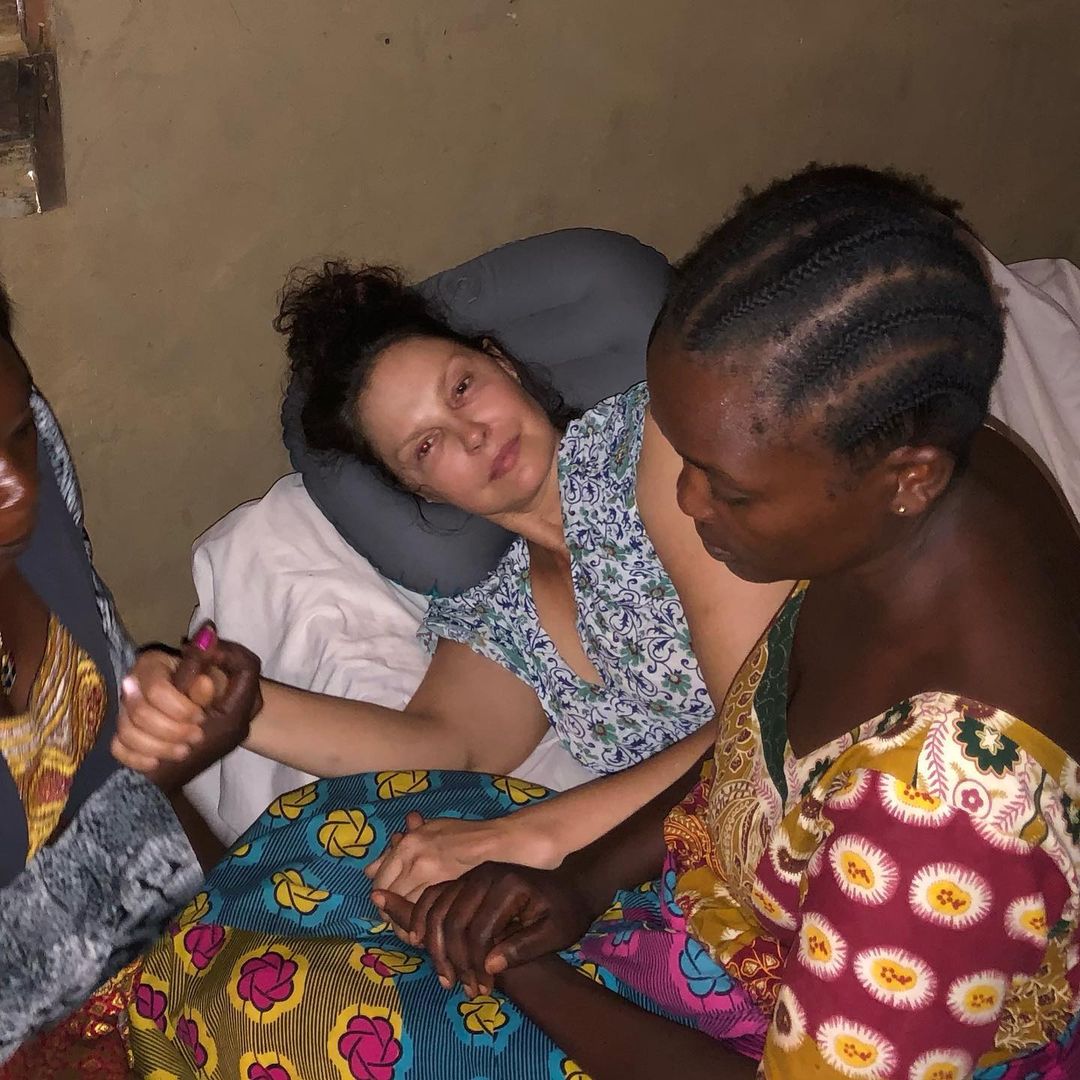 "I wake up weeping in gratitude, deeply moved by each person who contributed something life giving and spirit salving during my grueling 55 hour odyssey."

Ashley then proceeded to share some of the stories of those who helped her, including a man named Dieumerci who "stretched out his leg and put it under my grossly misshapen left leg to try to keep it still. It was broken in four places and had nerve damage."

She added: Dieumerci remained seated, without fidgeting or flinching, for 5 hours on the rain forest floor." 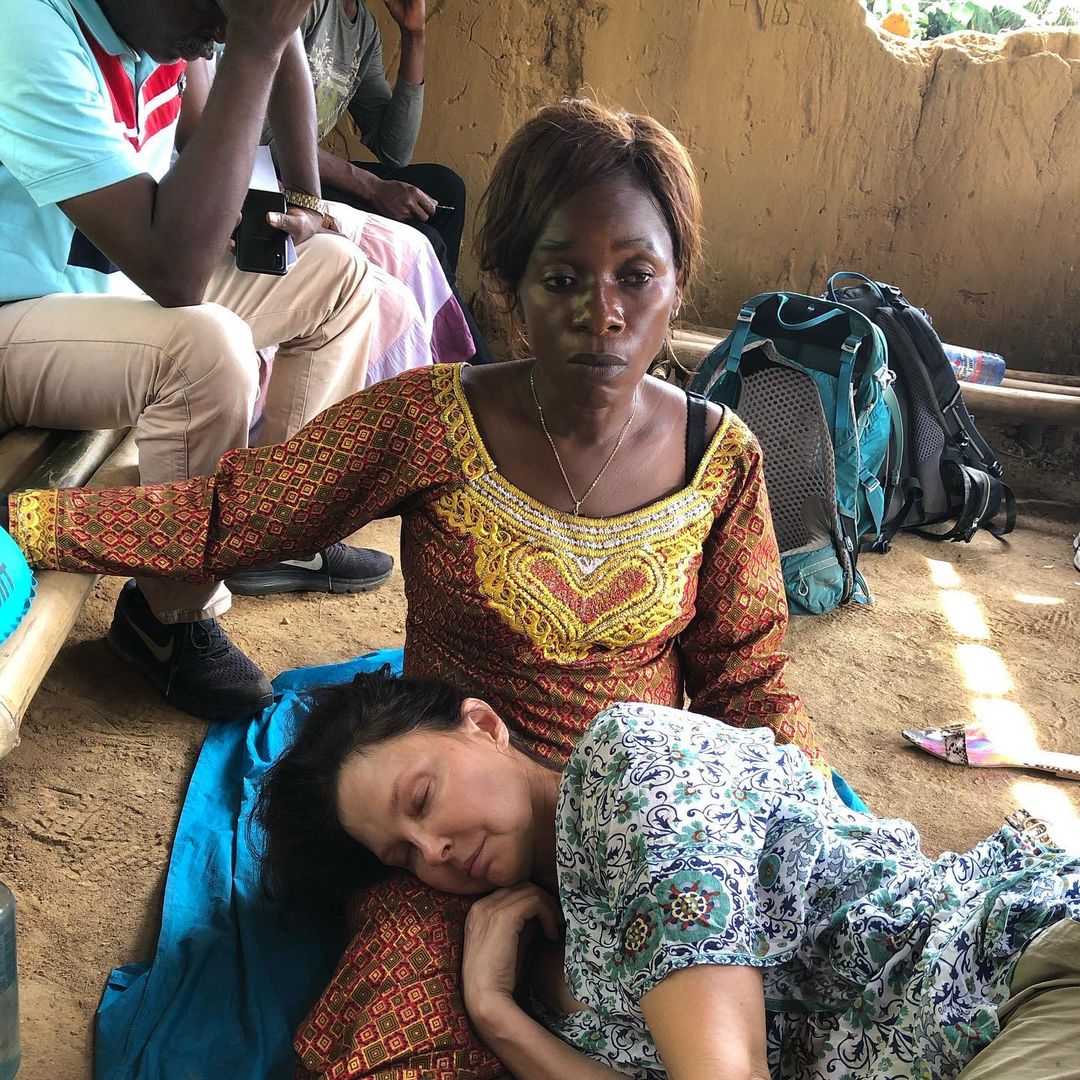 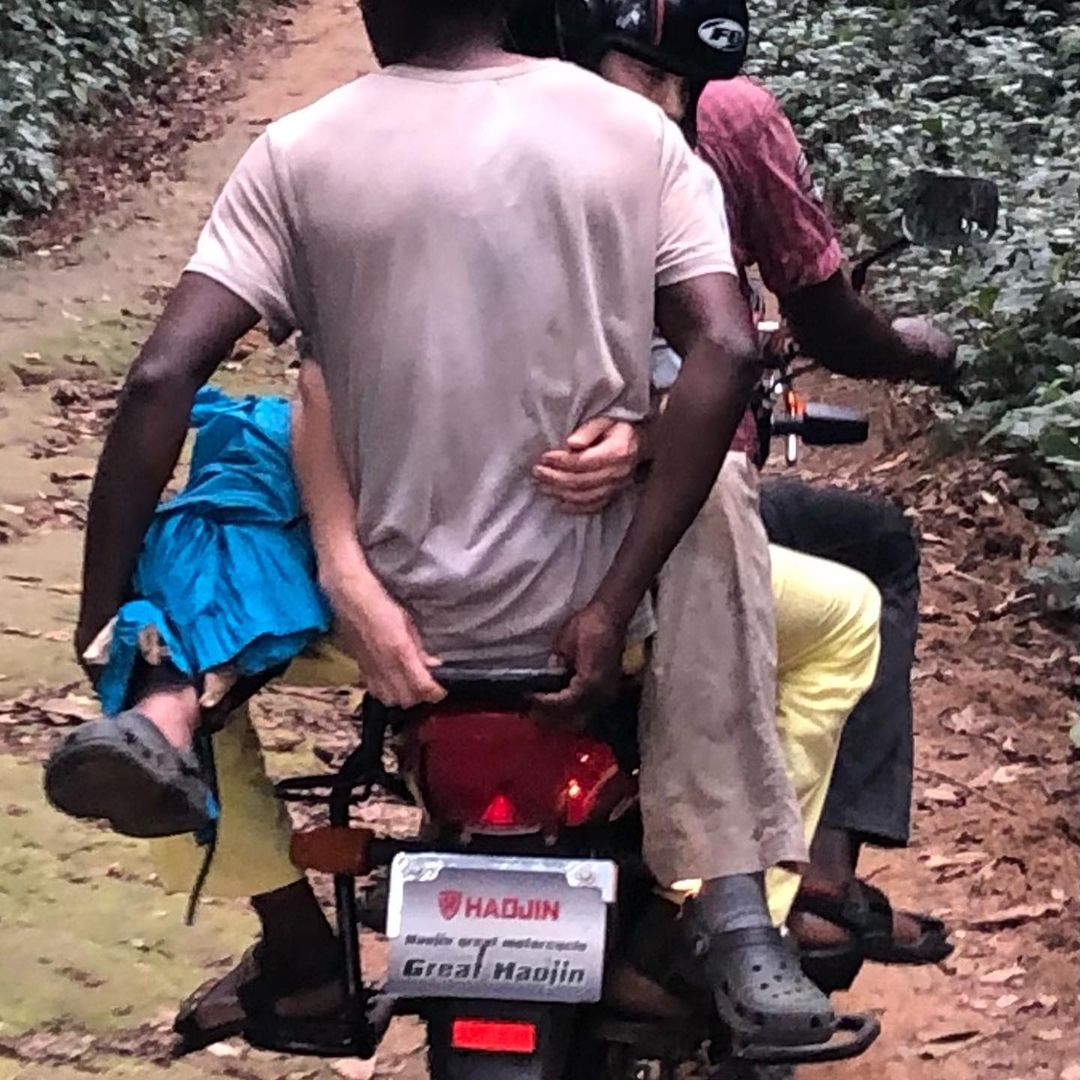 Ashley also gave credit to "Papa Jean, with certainty began to manipulate and adjust my broken bones back into something like a position I could be transported in, while I screamed and writhed.

"How he did that so methodically while I was like an animal is beyond me. He saved me. & he had to do this twice!"

Ashley revealed a total of six men carried her out, walking "for 3 hours over rough terrain" to the nearest means of transportation, where she would eventually end up on a motorbike. 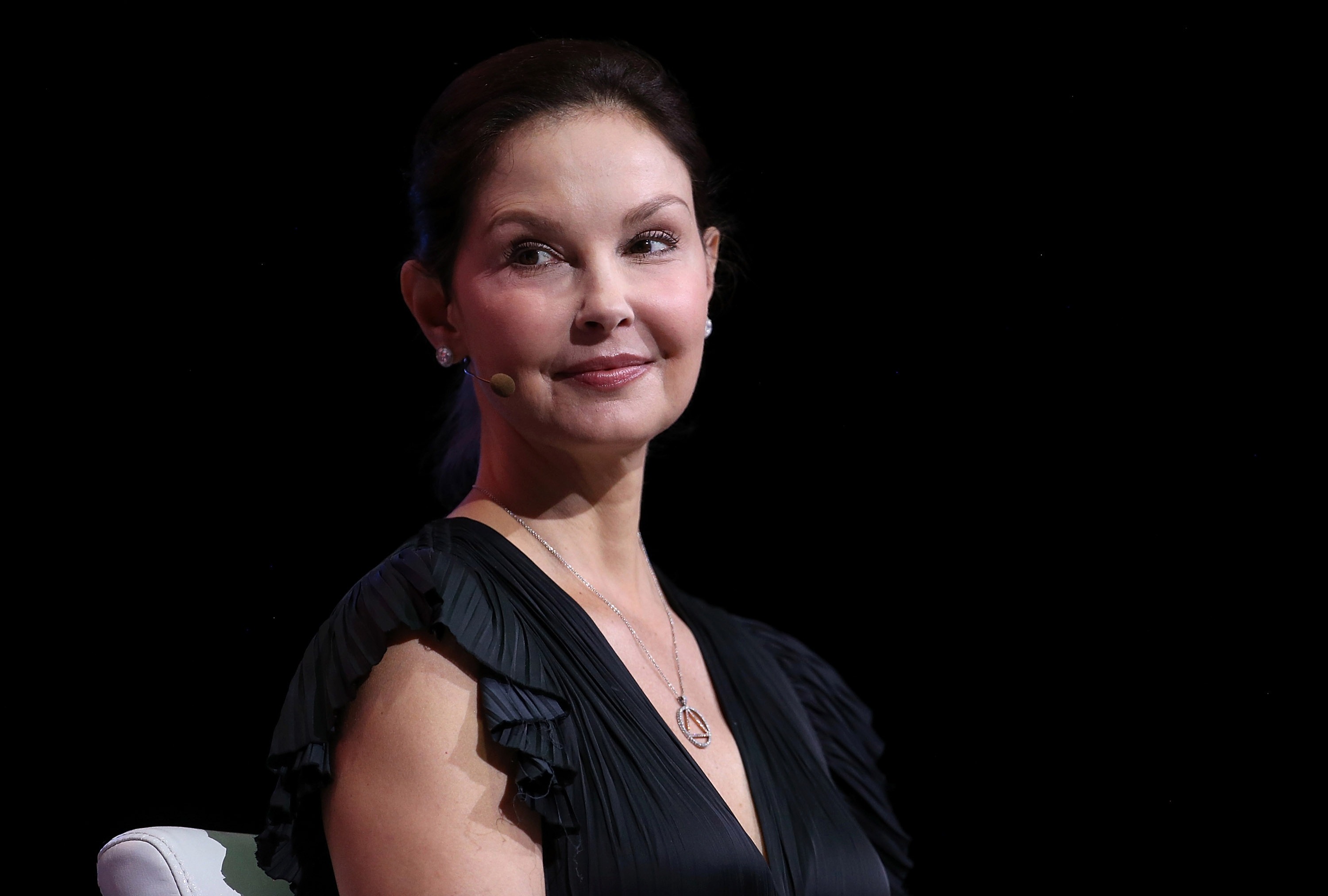 She concluded it: "The women! My sisters who held me. They blessed me."

All this comes after Ashley first shared the experience while from her hospital bed.

In an interview with The New York Times' Nicholas Kristof, she revealed that she is "in an ICU trauma unit in beautiful South Africa, which has taken me in from the Congo: a country I deeply love which is not, unfortunately, equipped to deal with massive catastrophic injuries like I have had." 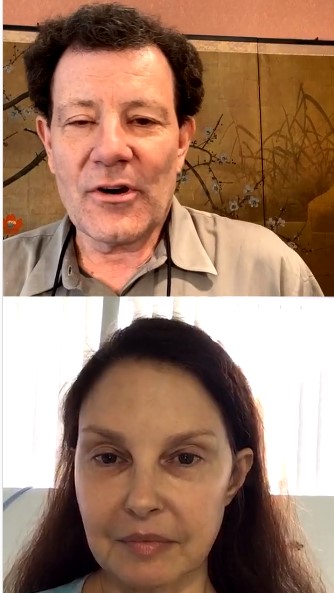 She explained that the accident occurred after she tripped over a fallen tree, which led to her breaking her leg.

Ashley was "going into shock" and "passing out" due to the pain through it all.

Now that the chaos has subsided, the hope is that Ashley, who suffered massive soft tissue damage, will soon be able to walk again as she explained: "Right now, my right foot is lame. 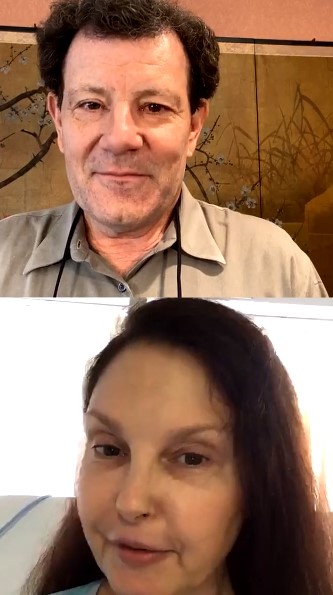 "It's going to take some time for that nerve to heal. And there's going to be intensive physical therapy.

"Of course, I will walk again because I'm determined and I believe in modern science and I also believe in miracles. But there's no really a time frame for [recovery]. I have a journey ahead of me."

Ashley is best known for her roles in films like Kiss the Girls, Double Jeopardy, High Crimes, Divergent, and A Dog's Way Home.

According to an Amazon Fashion Expert, These Are the Under-$50 Wardrobe Gems Worth Shopping
Recent Posts