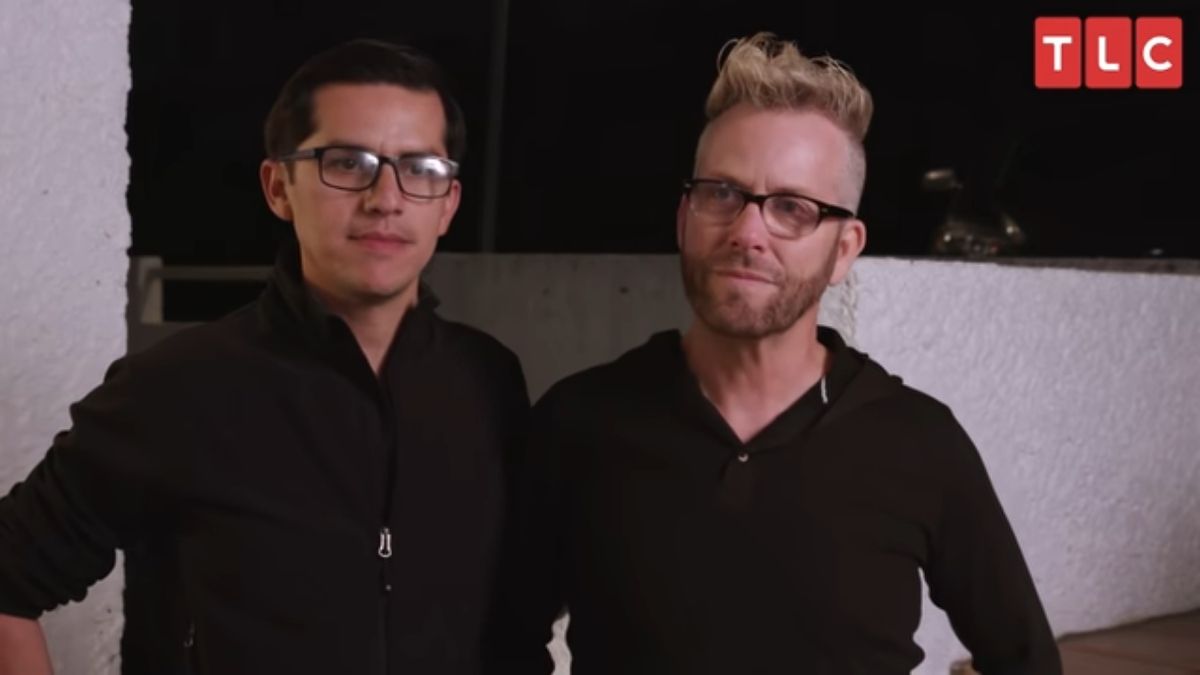 90 Day Fiance: The Other Way returned on Sunday for the second part of the season, and after the release of the sneak peek, fans were ready to see what was in store for Kenneth and Armando at their family dinner.

The pair were greeted by Armando’s mom, Virginia, who had clearly been missing her son. “When I saw my son, Armando,” she told producers, “I was very happy…but seeing Armando with a man…it’s something strange.”

As they walked towards the rest of the family, Armando noticed that his dad was not amongst the crowd. “And my dad is not here?” he asked his mom.

She replied, “He’s been very tired all day.”

Armando struggles knowing what to say to his family

Kenneth doesn’t speak Spanish, so sitting around a fire with Armando’s family was a little awkward. The silence was uncomfortable for everyone.

When Kenneth finally turned to Armando for help with the situation, it’s clear that Armando is having just as tough a time.

“I don’t know what to say,” Armando responded.

Armando explained his thoughts to producers. “Even though I’m physically here, I’m just kinda lost in my own head. I just don’t know what to say or how to act in front of family Kenny here…and I’m worried about my dad.”

Although his dad wouldn’t join them, Armando’s mom suggested that they go to him instead.

“I just feel like he’s trying to stay in the house to avoid us,” Armando said.

As they approach the door, Armando asked, “He doesn’t want to come out?”

“No,” his mom replied as she walked into the house in an attempt to get Armando’s father, Armando Sr., to at least come and say hello.

Eventually, Armando’s dad Armando Senior made his way out of the house to greet his son, but the interaction was very uncomfortable for all of them.

Armando introduced his dad to Kenneth, and it was clear that Armando Senior was doing his best to be courteous, but that he was anxious to go back into the house and avoid the situation altogether.

“I wish there would have been more interaction with my dad,” Armando lamented. “I wish he would have given Kenny more of a chance to introduce himself and for him to see for himself the person Kenny is. But I know my dad, he’s having a tough time with this…all I can do is be patient and wait for that whenever he’s ready.”

Armando came out to his parents shortly before he told them that Kenneth was moving to Mexico so the pair could be together. The news was quite a shock for them, and they didn’t take it terribly well.

Leading up to the conversation earlier in the season, Armando shared with producers, “I’ve heard comments about them still not accepting it, still not wanting to see it. I’m very scared.”

But Armando managed to muster up enough courage to talk to them about it.

“I’ve spent my whole life hiding who I am,” he said. “There were nights where I cried alone because of hiding who I was.”

“I know it’s a process to accept it, but I just want you to know this is who I am,” he shared through tears.