Olivia and Henry didn’t get their happily ever after when they were both paired with incompatible partners on Married at First Sight: New Orleans.

However, fans are hoping there might be a love connection between the former castmates.

After the MAFS experiment – which lasted longer than six weeks due to the COVID-19 pandemic – Henry and Christina both opted to divorce their respective partners.

The decision was not shocking to fans who saw both relationships crumble as the season progressed.

Now, fans are wondering if Henry and Christina are the ones that should have been paired together in the first place.

Olivia recently shared a series of photos on her Instagram page that has fans excited.

She captioned the photos “Family dinner,” and it shows MAFS fan favorites Woody and Amani, as well as Karen and Miles having a night out.

Henry and Olivia are also in the photo with the two couples, and they look pretty comfortable with each other.

In another photo, Henry and Olivia are all smiles as they pose together for a selfie. 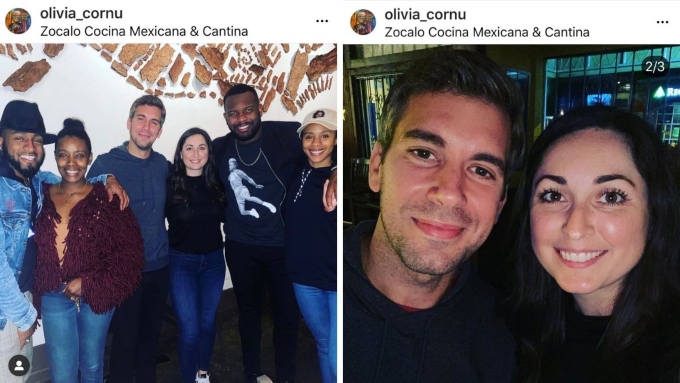 And fans cannot get enough of the possible love connection.

“Please tell me Henry and Olivia are together!” pleads one fan.

“Love it,” says another, “Henry and Olivia can start dating.💕 Cute couple.”

One Instagram user also writes, “I said the after honeymoons that the experts made a mistake and should have wife swapped Olivia and Christina 🤷🏼‍♀️ Henry and Olivia both seem like genuine people!”

And the comment section of the post is pretty much flooded with messages about the former MAFS alums getting together.

Oliva has not responded to any of the questions about her and Henry, but they would make for a very cute couple.

During the show, which ended last week, both Henry and Olivia opted to end their marriages.

Henry was paired with Christina, a brash and outspoken flight attendant, but things were awkward from the start.

The shy and soft-spoken Henry didn’t seem to have much in common with his wife, and as the season progressed, their relationship did not.

Things continued on a downward spiral for the couple, and on Decision Day, no one was surprised that Henry wanted a divorce.

Christina didn’t fare much better with her Married at First Sight pairing either.

Things started smoothly between her and Brett, but they soon realized they wanted different things. The couple didn’t even make it to Decision Day before breaking up.

One day Olivia came home, and Brett had moved out!

And it seems Brett already moved on to a new relationship, as he showed off a new woman on Instagram days ago.

Given that Henry and Olivia didn’t get their happy endings on MAFS, would you like to see them as a couple?

Married at First Sight is currently on hiatus on Lifetime.