ANTIQUES Roadshow left a guest lost for words after she discovered a gift from her great aunt had huge historical connections – and a sizeable price.

Appearing at Salisbury, the woman brought in a piece of art that was handed down to her by her relative, and was immediately taken aback when she discovered the piece was part of a collection that appeared across the world. 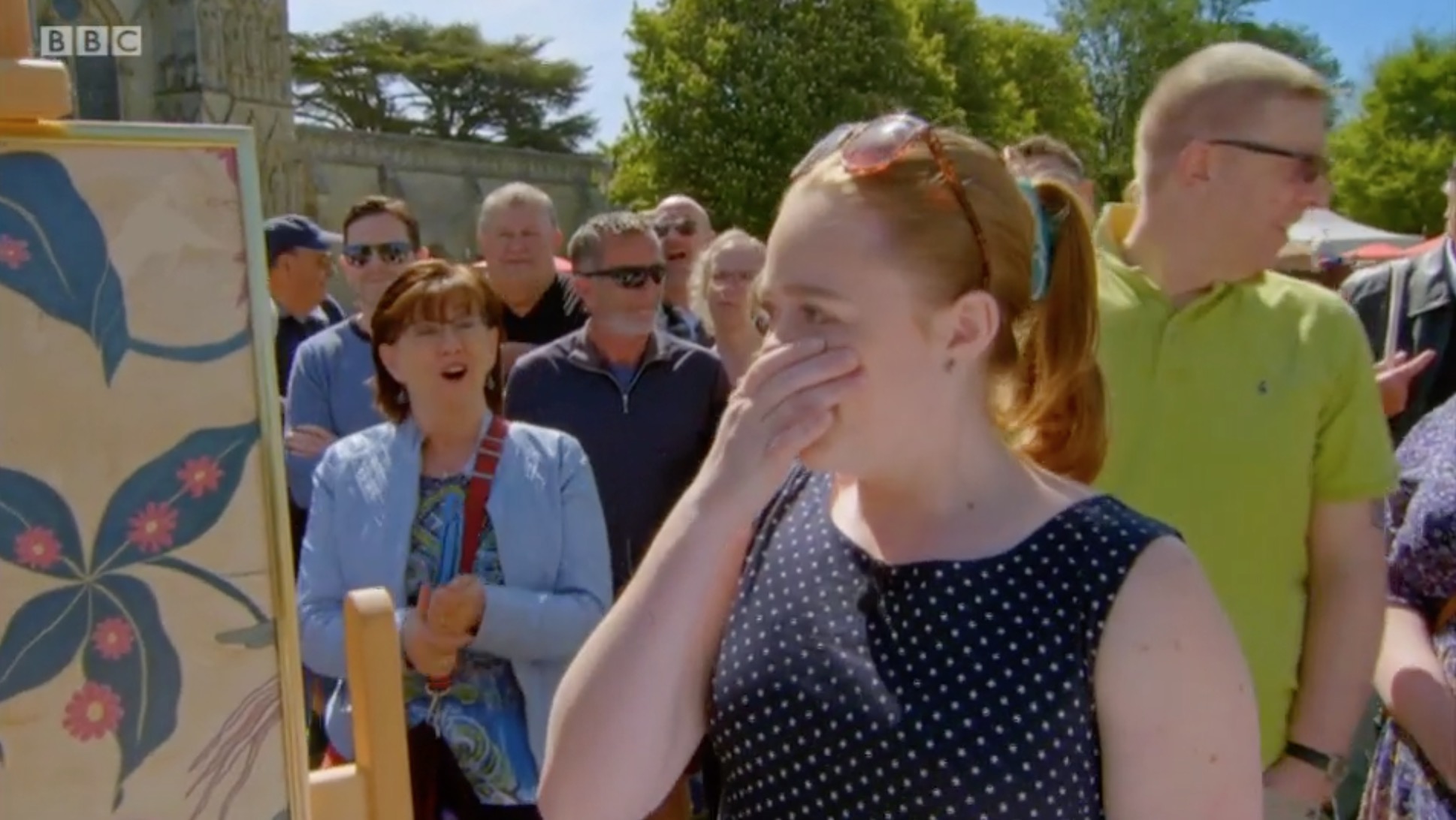 Asked if she was surprised that similar pieces from a collection appeared at the V&A Museum, The Metropolitan Museum, The Museum of Fine Arts in Boston, and the Cooper Hewitt Museum in New York, she replied: “Yes.”

“It's a rather important thing,” the valuer explained. “Do you know what it is?”

The guest said she knew it was a piece of fabric from 17th century India, but little else.

Her great aunt, who had worked in the Houses of Parliament, gifted her the piece because she knew her love of textiles and crafts. 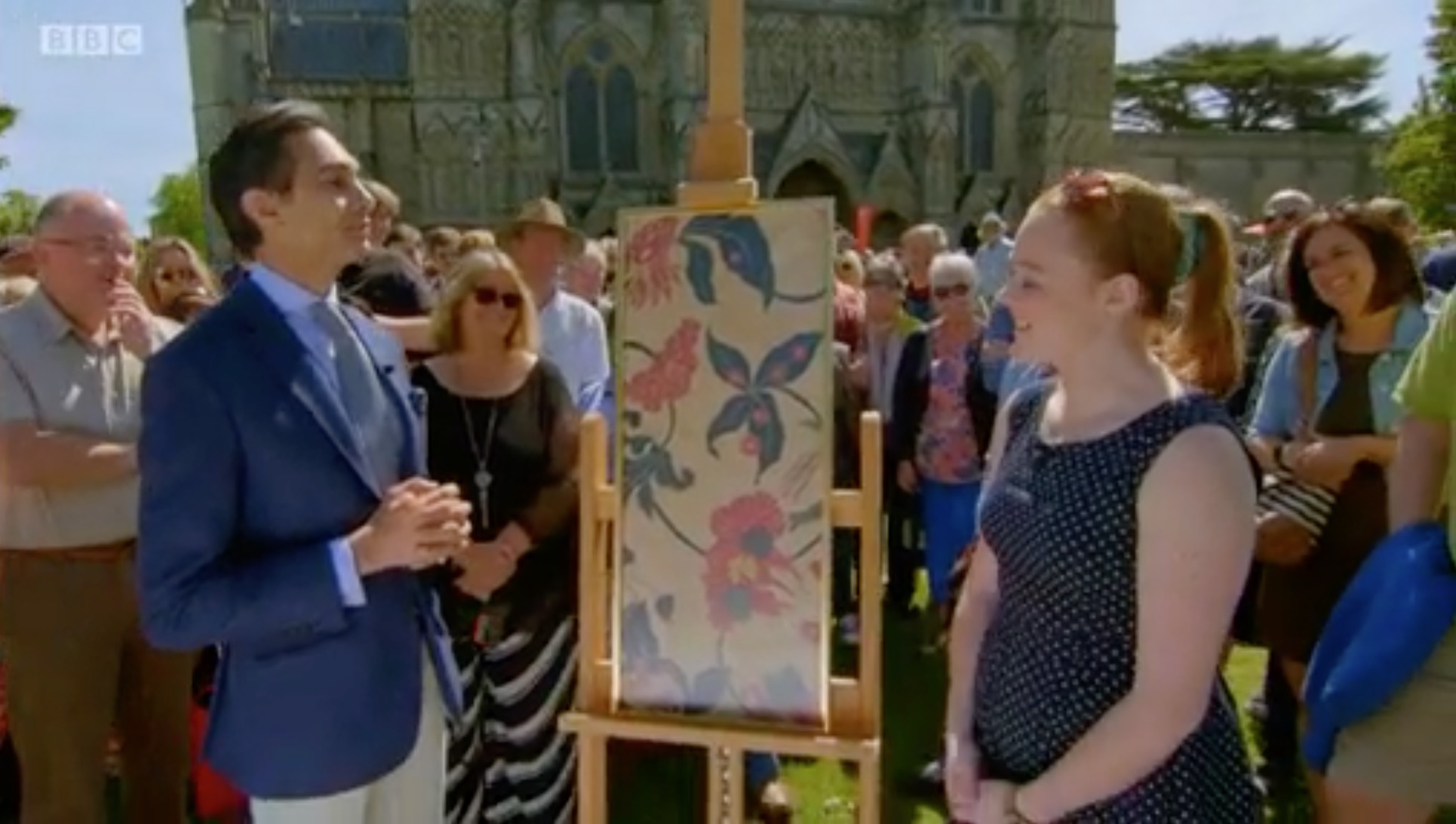 “It's a fragment from what would have been a large group of textile hangings, absolutely, that would have decorated a very, very grand interior in England, or Northern Europe in the late 17th and early 18th centuries,” he said.

“It's not just any sample, it belongs to a very famous suite of textiles, they came out of a magnificent house called Ashburnham Place. It's a house in Sussex, and the Ashburnham's were royalists, and when Charles II is restored to the throne, he elevates them to the peerage and they build a magnificent house.

“And this sample here would have been part of the textile furnishings to decorate this very, very grand house.” 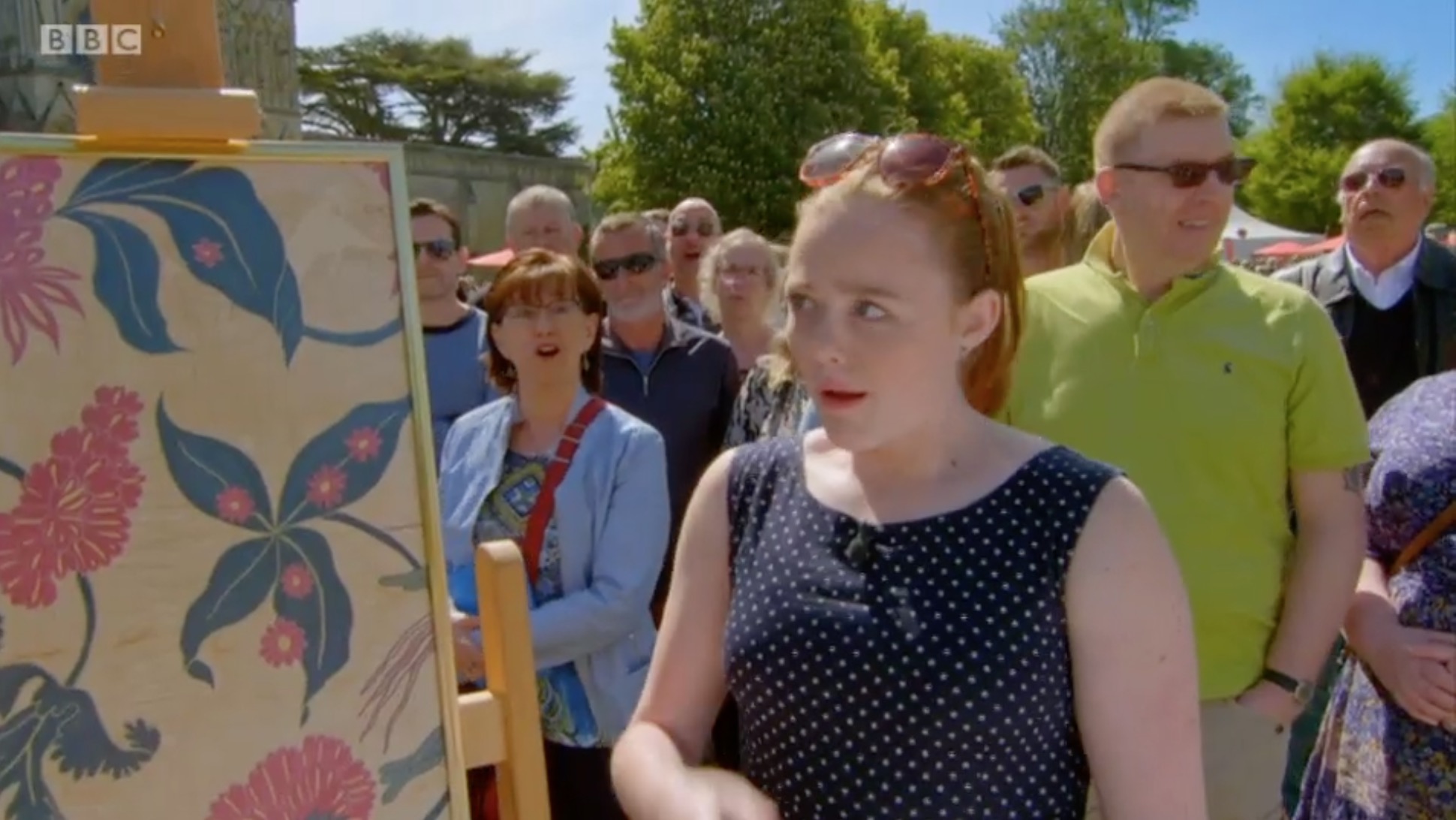 “We have to remember that after the restoration Britain opens up direct trade with India,” he continued. “For the rich, what happens is they start to acquire Indian textiles that are beautifully embroidered or printed with vivid colours and the most desirable patterns are these large exotic blooms.

“The idea was that even if you were in England, in the wintertime under grey skies. Your interiors would be decorated with these fuchsia and violet and bright blue and yellow floral designs, and why it's so important is it's one of the earliest examples of a type of Indian textile known as can be.”

The woman was left in shock, with the crowd around her also stunned at what appeared to be a simple piece of fabric having such a historical note.

“I'm astounded,” she said. “I wish that my aunt was here to see this.”

Antiques Roadshow airs Sundays at 7pm on BBC One.