Antiques Roadshow heads to Helmingham Hall, a Tudor manor house in Suffolk on Sunday night and ahead of the episode airing on BBC One, the popular television programme has released a clip of a valuation from a previous episode.

It was the turn of expert John Benjamin to take a look at two items of jewellery a lady had brought to the show, “two rings, one with blue stones and one with a white stone” and it wasn’t long before he silenced the crowd with a hefty price tag for one of the pieces.

“My mother passed away a couple of months ago,” the guest explained. “I knew she had the rings, but she hadn’t worn them for quite a while.

“My father bought the bigger one quite a few years ago for her, many years ago. The other one, I’m not quite sure where the other one came from.”

Interested in hearing more of the backstory, John asked: “Did she talk about them at all?”

“She did mention once the bigger one, she went down to see a friend she was on her way to Brighton and she stopped in the service station and she went into the ladies room, and it fell off her finger and went down the drain!” the guest revealed.

“Luckily, it was very early in the morning and so she went out and someone came along and opened the trap and luckily it fell out.”

Shocked at the history behind the item, John turned his attention to the smaller ring first, which had turquoise stones inset with smaller diamonds, going into details about its features.

He then moved onto the larger ring and explained why it had peaked his interest: “The intriguing thing about this one, apart from the fact you don’t know anything about it, you don’t even know what it is do you really?”

After suggesting “it could be a colourless big stone” he revealed it was in fact a diamond. 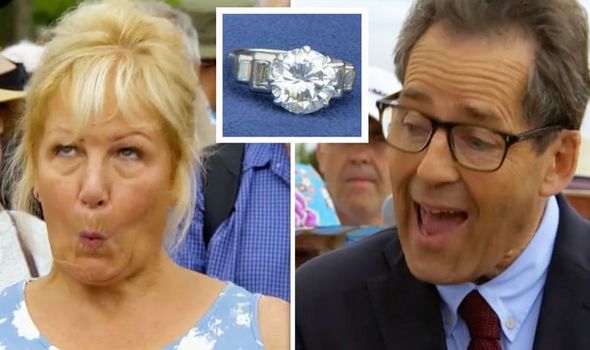 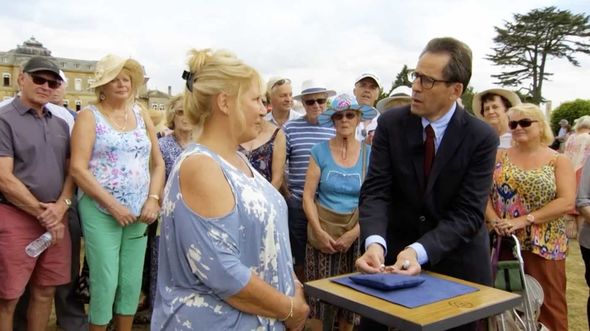 “It’s a large diamond,” John continued. “It’s a very serious 4.3 brilliant cut diamond ring and made in, I would say the fifties, a post-war looking ring.”

He then explained why it had a brilliant sparkle and said: “It is a well made stone. This is very well proportioned, very round, I’ve looked at it with my lens and it actually has one or two little flaws internally. And it’s got a little tint of colour. The best diamonds you can buy are colourless.”

Worried this would devalue the piece of jewellery, John remarked: “The overall impression it makes for a ring that was lost down the sink, is pretty good!”

Turning to the valuation, he said: “Alright, shall we talk about some prices?

“The diamond ring is a little bit more interesting, 4.3 carats?” he continued. John then paused building suspense before stating confidently: “£20,000.” 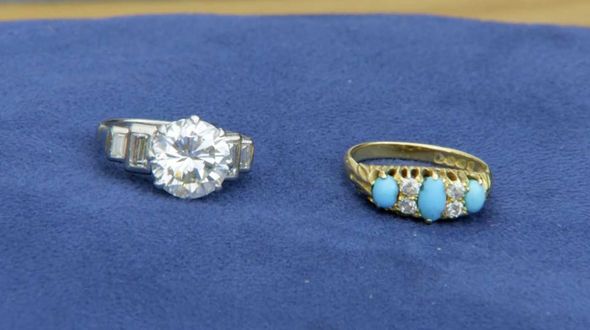 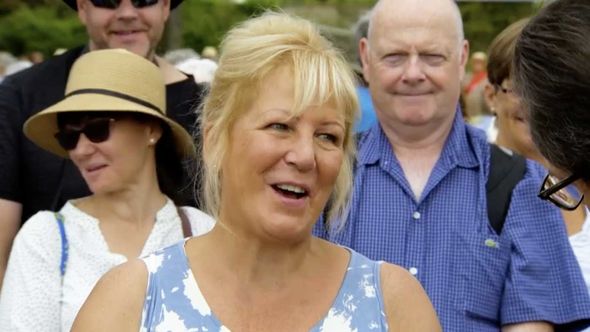 It fell off [my mother’s] finger and went down the drain!

Not only was the owner shocked, but the whole crowd gasped in awe at the high price tag.

Elsewhere in the series, Antiques Roadshow fans have seen a guest shocked by a painting she bought for £1 receiving an unexpected profit.

The expert told the owner how her painting originated from the Victorian era and was in fact a piece of work by John Thomas Peele. But how much was it valued at?

Antiques Roadshow returns Sunday night at 8pm on BBC One.