ANT McPartlin and Declan Donnelly gatecrashed This Morning and stole the show from stunned Holly Willoughby and Phillip Schofield on their 10th anniversary as hosts.

The presenters were left speechless when the Geordie duo burst into the outdoor studio when they were only expected to be featured via video link. 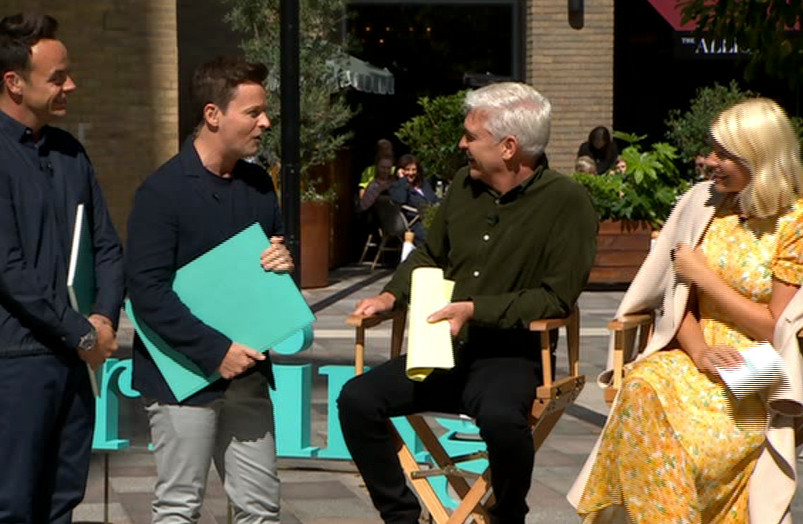 Ant and Dec explained that they were "staging a takeover" as they urged Holly and Phil to relax and enjoy their milestone show.

Holly could not believe what was going on, gasping in shock as she repeatedly asked what was happening.

Ant explained: "We have stormed the show and taken over the reins as we look back at 10 years of one of the best British partnerships on television."

Poking fun at his and Ant's own standing as a popular TV duo, Dec flashed a cheeky grin as he quipped: "One of. 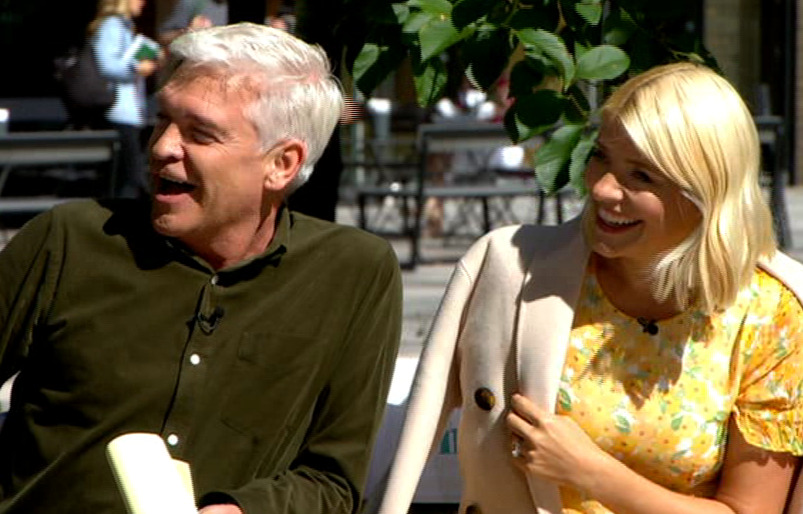 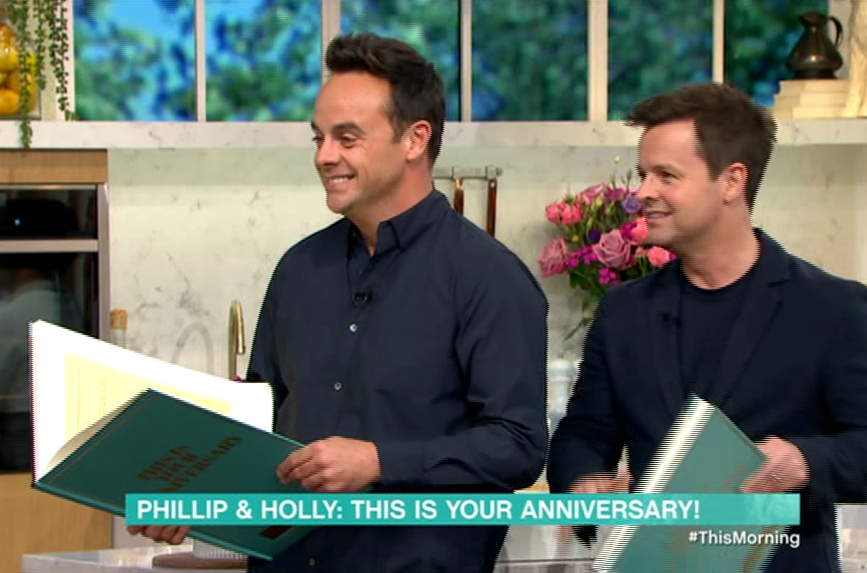 "Other partnerships are available."

After the ad break, the party had moved into the iconic studio that was filled with a host of guests who had been invited to mark the occasion – including Vanessa Feltz and Dr. Ranj.

Ant and Dec officially took over hosting duties, embracing Holly and Phil as they entered the studio, still clearly bewildered by what was going on.

The pair introduced a video montage of Holly and Phil's 10 years hosting the ITV programme. 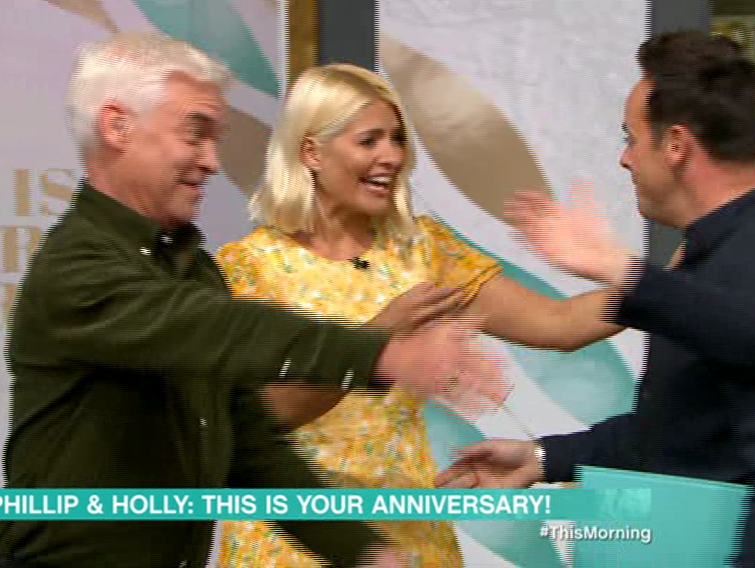 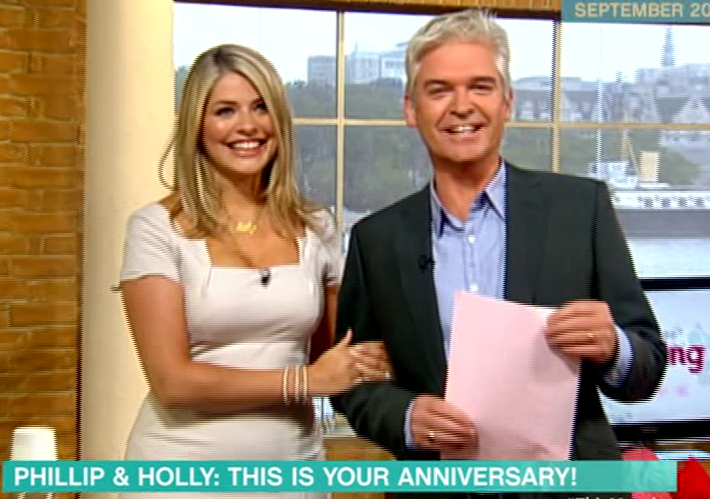 A short clip played of some of the presenters' best bits – including 38-year-old Holly's very first appearance.

They then welcomed back some memorable guests from their This Morning history, including penis artist Pricasso who had created a special painting for the anniversary.

Friend of the show Gino D'Acampo also recorded a special message for Phil and Holly, telling them: "Phillip and Holly, congratulations, 10 years together.

"I remember like it was yesterday, Holly you were nervous like a puppy and now look – the Queen of British television." 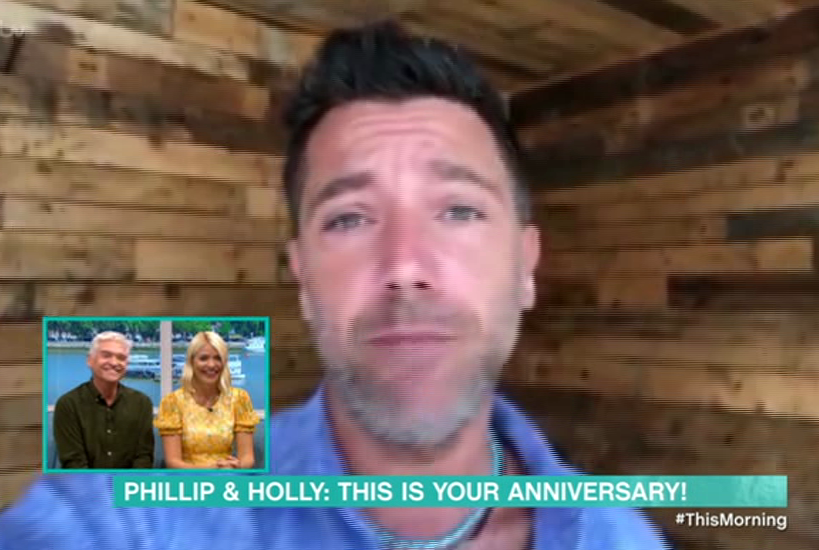 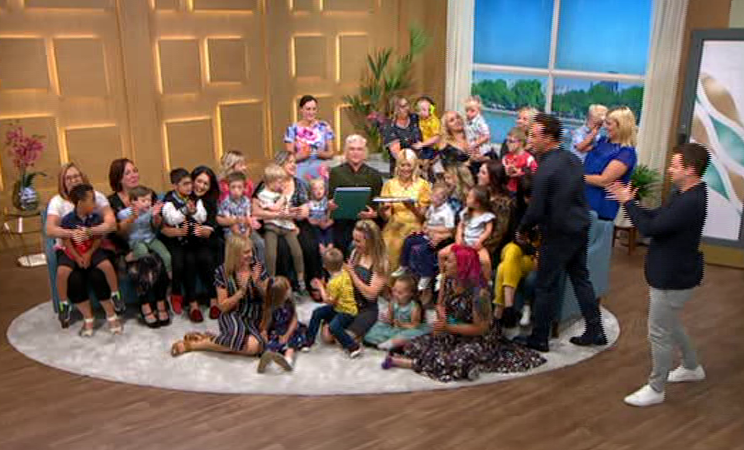 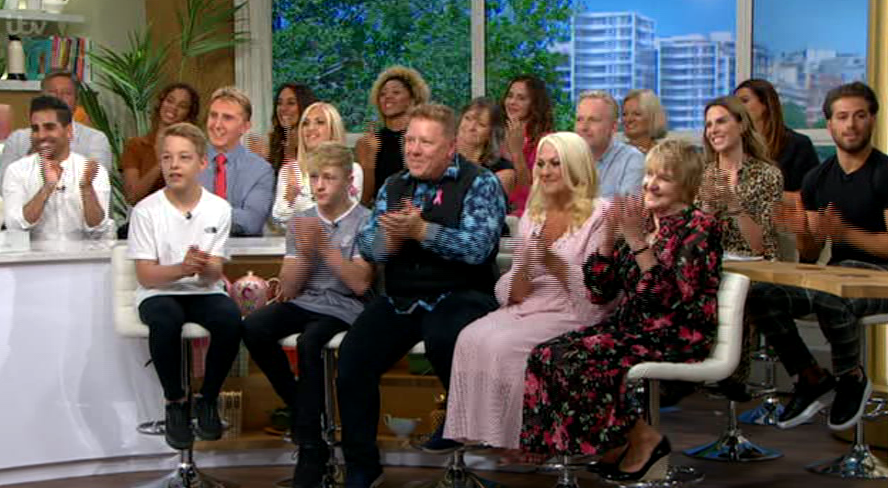 Viewers at home, plus Holly and Phil, were treated to several other montages – including their sauciest slip-ups, most emotional moments, Phil's competitive streak, and all of the times Holly burst into giggling fits.

The presenters had heartwarming reunions with the subjects of some of their most moving real-life stories over the years.

Ant and Dec even brought back the iconic moment Phil and Holly presented the show hungover after celebrating their National Television Awards win in 2016.

The fun-loving duo hit the headlines when they showed up to the morning show in their gladrags from the night before, stumbling over their words as they tried to get on with presenting the shows.

Revealed: The Hidden Epidemic Of Abuse, Overdose And Death Caused By The Sex Drug G