Launching tonight from studios in Paddington, Neil said the new channel “won’t be talking Britain down” unlike current news providers, who “are never happier than when they have an opportunity to slag off Britain”. The former presenter of the BBC’s This Week and Politics Live thinks the new TV offering will “eventually get more viewers than the BBC News channel”. “At that point,” he said, “my hope would be that we would break even.”

Neil has a track record for launching high-profile newspapers and TV channels.

“It’s not the most exciting launch, but it’s up there with Sky news,” he said.

Neil says he feels the project is mainly aimed at those who have “stopped watching news altogether”.

“We’re for everybody,” he said, “but those that will be most intrigued live outside the major metropolitan areas, are state educated, socially conservative but economically against big government, like those on the ‘red wall’ [who dumped Labour for Conservative] and people who are unhappy with what is on offer in that it’s too metropolitan and too elitist.” 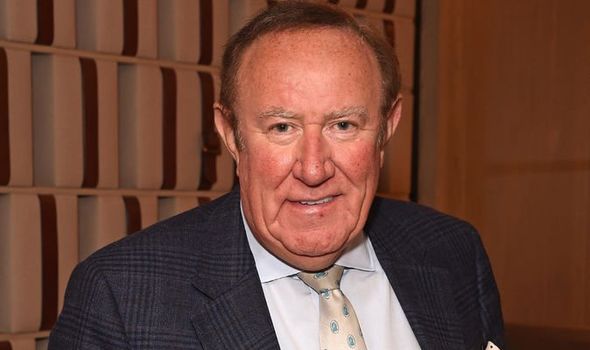 Asked if GB News was “politically conservative” in its outlook, he replied: “We’re not looking for any party political breakdown. We’re appealing to a mindset that is proud to be British, doesn’t think we’re a basket case or a global embarrassment, and that we’re a good country to live in, but also an audience that’s put off by ‘cancel culture’, or identity politics.

“It also doesn’t regard itself as privileged just because it’s white – life is much more complicated than that… It also thinks the Brexit debate is over and doesn’t need to be re-run.”

Neil said “younger, diverse new journalists” will lead coverage that will not be focused purely on Westminster.

He said: “The current news providers are obsessed with Dominic Cummings.

“They couldn’t stop carrying his seven hours of testimony [to MPs], hanging on his every word like he was a white knight.

“They all think the same way – Sky, ITN, BBC and Channel 4 News – they all agree with what’s important.”

The channel is launching at a time when the Euros and Love Island will be dominating schedules.

“There’s never a great time [to launch],” Neil added. “I won’t be covering Love Island on my show but some of the other presenters may well do.”

Neil said the channel “wasn’t a threat to the BBC, I just hope we bring variety to what’s offered”.