Bret Easton Ellis continues to write and create work that is both thrilling and thought provoking. His newest release, Smiley Face Killers, is the latest in his long line of disturbed fiction, and follows a young boy at an American college – Jake (played by Ronen Rubinstein) – being stalked by a cult of serial killers for somewhat unknown reasons. In an exclusive chat with Express.co.uk, the iconic writer told all on the origin of this horrific story, and how the movie was initially going to start with a much larger bang.

It is important to note, first off, that Smiley Face Killers is based on a real-life serial killer theory, which was first connected by a pair of detectives, Gannon and Duarte, in the late 1990s.

The pair suggested that 45 deaths of college-age males, whose dead bodies were found drowned in water across 11 of the United States, were not the accidents they seemed – but rather premeditated murders, signified by a smiley face graffitied near each body.

As soon as the film starts, it is obvious that Jake is the next target in this apparently real theory, and to make matters even worse for him: He seems to be having a mental breakdown.

Jake’s friends and loved-ones constantly ask if he is “back on his meds” or not, creating a one-two combo of mixing physical horror with hallucinatory dread.

This vibe was exactly what Bret was keen to utilise in the euphoric narrative of the movie. 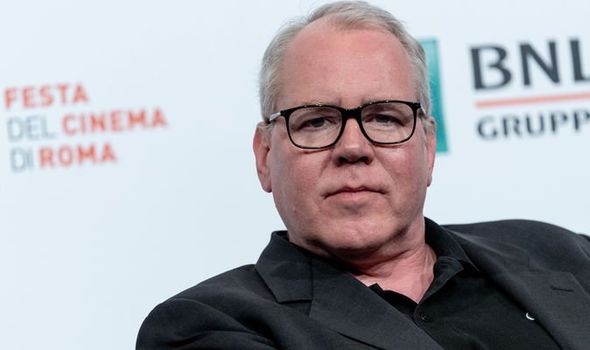 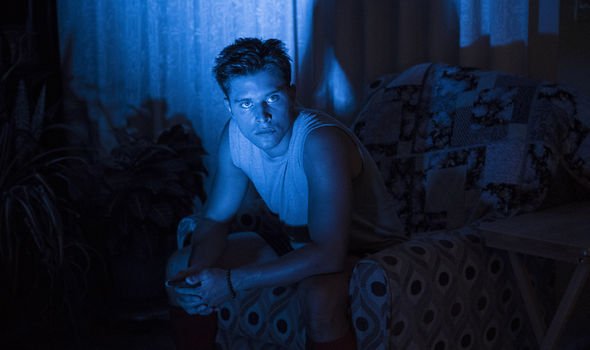 Bret explained: “[I] saw this as a character study of someone’s last 24 hours of their life.

“It’s a very nihilist kind of take on a horror movie, but we did not see this as a quote-unquote horror movie first, we saw it as a kind of character study.”

Bret originally wrote the script for Smiley Face Killers back in “2010/2011”, before it was shelved for almost a decade.

When the film was finally optioned, he was subsequently brought back on board as a producer (“but I don’t know how much that really meant in the end”). 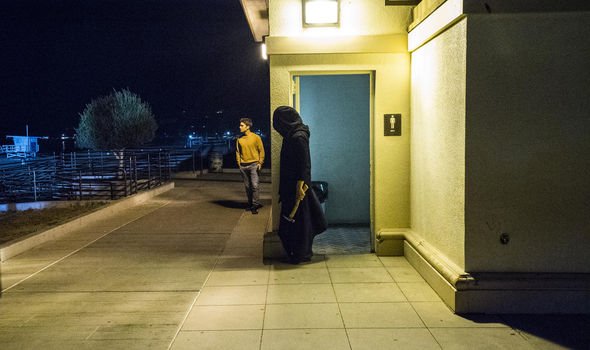 Speaking candidly about the almost esoteric arc Jake goes through over the course of the picture, Bret said: “This is someone who’s world is falling apart, and someone who is going to be annihilated – it’s a slow burn. But it is more or less what we had planned in 2010/2011.”

Whilst researching the real-life slasher theory, Bret did first lose himself in the research behind the almost-unbelievable mass-serial killer theory. He explained was entirely open to the idea of it being real when he began looking into it.

“It’s authentic enough to make me want to write a script and make a movie out of this. There is something extremely suggestive about the narrative, especially when you bring in these two detectives who really did announce this thing by pointing out there were similar graffiti at sites where the boys fell into the water.”

Diving further into the rabbit hole, Bret continued: “And there is one or two examples of panicked phone calls to siblings or parents from the drowned boys – I think one of them said [yelling] ’they’re after me, they’re after me!’ All of that is very haunting and suggestive.”

Despite this, Bret added: “Now, do I really believe there is a cult of serial killers going around killing men? No, I don’t believe that. But that’s what a movie is!”

He added: “This is our own take on it, we were going for a more visceral horror movie.”

Speaking candidly about the film, Bret did explain how the final product was stunted by budget constraints.

Solemnly, the author went on: “It’s too bad, we didn’t have the money but we did have a more elaborate opening planned.

“Where you see the actual murders of two or three young boys and also it kind of helped because it gave us a bigger opening.”

Although Bret didn’t get his “big” opening at the top of the movie, viewers will certainly be curling their toes towards its tail, as it does include a distinctly Ellis-esque conclusion to its narrative.