Time to call the grandkids and figure out how to use the streaming TV box, because “Tom Clancy’s Jack Ryan” is back.

According to Amazon’s summation, the second season of “Jack Ryan” features the eponymous character, portrayed by John Krasinski (“A Quiet Place”), tracing a suspected shipment of illegal weapons to Venezuela and consequently heading to South America to investigate. As is his wont, once there, Ryan stumbles upon a far-reaching conspiracy and spurs the President of Venezuela to strike back against the agent. As the season progresses, Ryan and his colleagues around the globe – including the United States, UK, Russia, and Venezuela – engage in a furious race to to avoid disaster and stabilize a nation on the edge of ruin.

But Krasinski won’t toil alone in Season 2 of “Jack Ryan.” Actors taking the plunge alongside him include Wendell Pierce (“The Wire”), Noomi Rapace (“The Girl with the Dragon Tattoo”), and Michael Kelly (“House of Cards”). 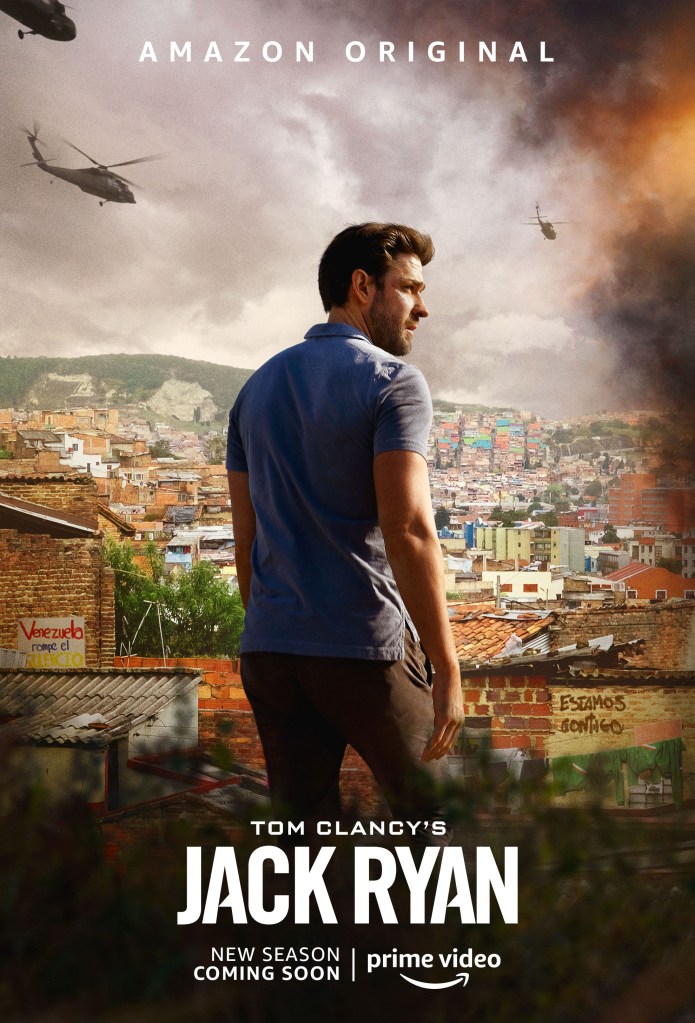 “Tom Clancy’s Jack Ryan” is exclusive to Amazon Prime Video and does not currently boast a release date for the upcoming season.

Check out the trailer below, which packs more explosions, automatic weapons, brooding glances, sprinting, sighing, and sweat into a single minute than a middling “Mission Impossible” movie.

Jason and James Duggar Just Graduated From School — Are Either of Them Courting?