With a much anticipated press conference coming tomorrow from law enforcement set to offer more information on the fatal shooting of cinematographer Halyna Hutchins by Alec Baldwin last week on the New Mexico set of Rust, police are saying today that the investigation into this tragedy is far from over.

“Both search warrants have been executed,” Santa Fe Sheriff’s Office spokesperson Officer Juan Rios told Deadline today of the two documents issued by a New Mexico judge on October 22 to allow the police to probe the Bonanza Creek Ranch location where the shooting of the DoP and director Joel Souza occurred on October 21. “More search warrants could be coming, but nothing has been filed yet,” he stated.

“It’s going to be ongoing for a while,” Officer Rios added of the investigation by the Sheriff’s Office into exactly what happened last week.

Centering now on ballistics, the specifics of the police’s investigation is to learn what went wrong and who is responsible for the killing of Hutchins and the wounding of Souza in a gun with containing “live rounds,” according to an affidavit filed by Det. Joel Cole late last week. On Monday, the Sheriff’s Office filed an inventory list with the Magistrate Court. That list includes three guns, ammunition and spent casings that were discovered at the old-style church location on flat surfaces, secured boxes and “a fanny pack,” confirmed sources with knowledge of the inventory filing.

The filing with the courts yesterday did not break down what type of ammunition was found. 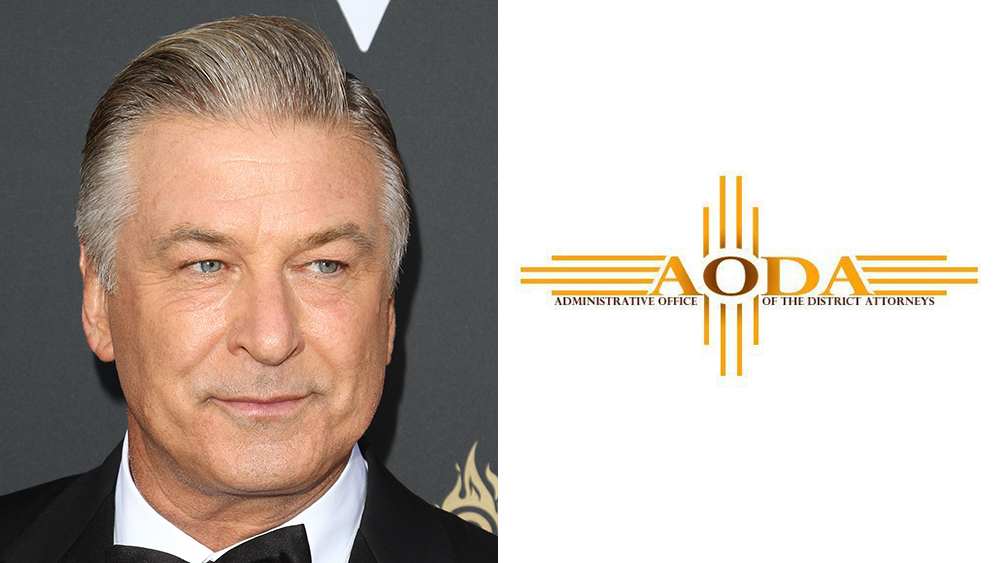 The prospect of more search warrants and a long probe comes as Santa Fe’s top prosecutor told the New York Times today that “everything at this point, including criminal charges, is on the table.” Going on to call reports that crew members on the troubled $7 million budgeted 1880s set Rust had been using guns intended for the film for target practice after hours “unconfirmed,” First Judicial District Attorney Mary Carmack-Altwies also made a point of referring to the weapon as “an antique-era appropriate gun,” and not a “prop gun” as the Sheriff’s Office and others have over the past week.

Though her office offered no further clarification Tuesday on the DA’s remarks, Carmack-Altwies will be participating in the early morning press conference with Santa Fe County Sheriff Adan Mendoza.

As well as seeking to know more about the gun that fired and killed Hutchins, police were searching for any video footage or audio files of the rehearsal on the afternoon on October 21.

After being told handed the weapon by First Assistant Director David Halls and told it was “a cold gun”, Baldwin is said to have been “practicing a quick draw” when the gun “discharged.” Indicating that all three “prop guns” were prepped by the on-set armorer Hannah Gutierrez, the First AD “did not know live rounds were in the prop gun,” according to the October 22 affidavit filed by Detective Joel Cano to ask for the initial two search warrants.

Baldwin, Souza, Halls (who has been fired from at least one film previously for weapons going off), Gutierrez, script supervisor Mamie Mitchell and several other members of the Rust production were interviewed by the Sheriff’s Office on October 21. They were all released that day with no travel or other restrictions. There have been follow up interviews, but no arrests or charges as of yet. Mitchell has now retained lawyer Gloria Allred. The high profile attorney said Tuesday “we are conducting our own investigation of what happened because there are many unanswered questions.”

All of which leads to speculation that more court action is to come in this case. The next question becomes, what form will that action take? Will it be criminal charges as DA Carmack-Altwies loosely said to the NYT or a civil matter?

“At this point, without further evidence, liability can be individual and joint spanning from the gun manufacturer all the way down to Baldwin and including everyone in between that handled the gun and had any remote responsibility as to safety,” attorney Sara Azari says of future charges and cases in this matter.

“In terms of naming names, we can expect a lot of that because at the outset of a lawsuit, without investigation and discovery, we often don’t know exactly what went wrong and who did wrong,” the LA-based Criminal Defense attorney added.”

“The sound strategy is to name everyone who could remotely or potentially be liable including a reference to a myriad of DOE defendants,” Azari continued “For example, the Hutchins wrongful death lawsuit caption would look something like this: Matthew Hutchins and Andros Hutchins v. Rust Production, Hannah Gutierrez Reed, Alec Baldwin, and DOES 1 through 100. As discovery gets underway and more defendants are identified, the complaint may be amended to include their names and identities.”

We may know how that wind is blowing in the Land of Enchantment on Wednesday morning.