Alastair Campbell, 62, recently penned a letter to Jeremy Corbyn, 70, stating he no longer wanted to be a member of the Labour after years of support to the party.

The Former Director of Communications spoke on BBC Breakfast after the Labour party excluded Campbell as a member for voting for the Liberal Democrats in the European elections and gave his views on Prime Minister Boris Johnson’s, 55, approach to Brexit.

After Campbell was said to have “breached party rules” in the EU elections, he decided to relinquish his support for the party.

Of his decision to leave, the former Spin Doctor told BBC host Charlie Stayt, 57: “A year ago, my partner Fiona left the party and she cited three reasons.”

“I think it’s fair to say I’ve been hoping against hope that there would be improvement across all fronts.

“I think on Brexit, they’ve got to a better position but it’s still to my mind not good enough and Jeremy Corbyn has to be dragged kicking and screaming every step of the way and I think on the other two fronts, frankly, they’ve gone backwards.”

Speaking of a recent trip to Australia and compared the approaches of Labour leader for the nation Bill Shorten, 52, and Corbyn’s.

“I knew from the times from going to Australia before, the public had decided well in advance they were not going to make Bill Shorten Prime Minister. 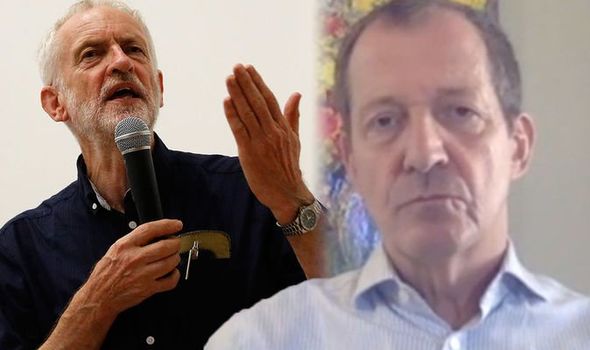 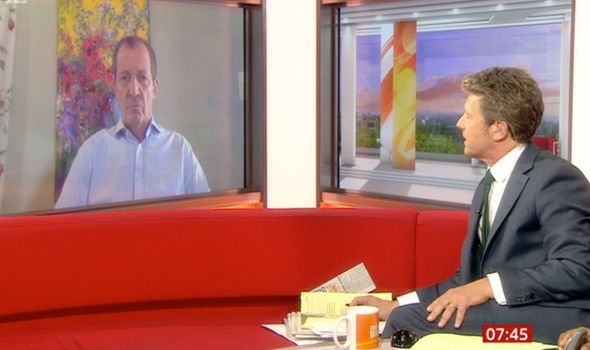 “Unless I think there are some major changes than I really fear what’s going to happen to the country under Boris Johnson.”

Continuing his train of thought, Campbell said: “I no longer feel this is the labour party that I’ve been dedicated to all my life.”

Later on in the interview and speaking of a possible replacement for Corbyn, Campbell avoided answering the question in regard to one particular person but did state he did have some names in mind.

“I’ve got to be honest, I think there are serval people who would pursue a different politics, who would given genuine leadership to the country at the time the country crying out for it and I just think he’s have reached a point where he’s not capable of it and we have to be honest about that.” 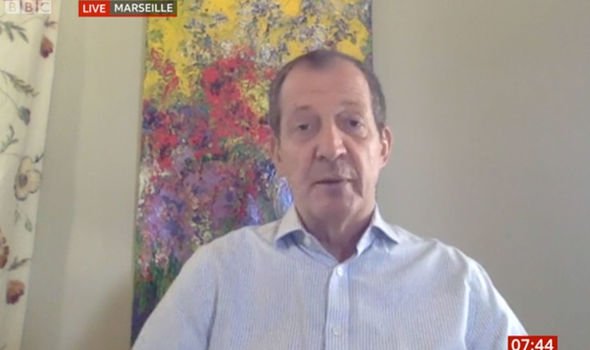 “If we just carry on sleep walking, we are going to help the most right-wing, ill-qualified, ill-intentioned Prime Minster this country has ever had to inflict a massive, massive act of self harm and no-deal Brexit for which he knows, Johnson knows, if there was a referendum tomorrow, no-deal against no Brexit, no Brexit wins by a mile.

“He daren’t do that so what he’s relying on is Jeremy Corbyn staying.”