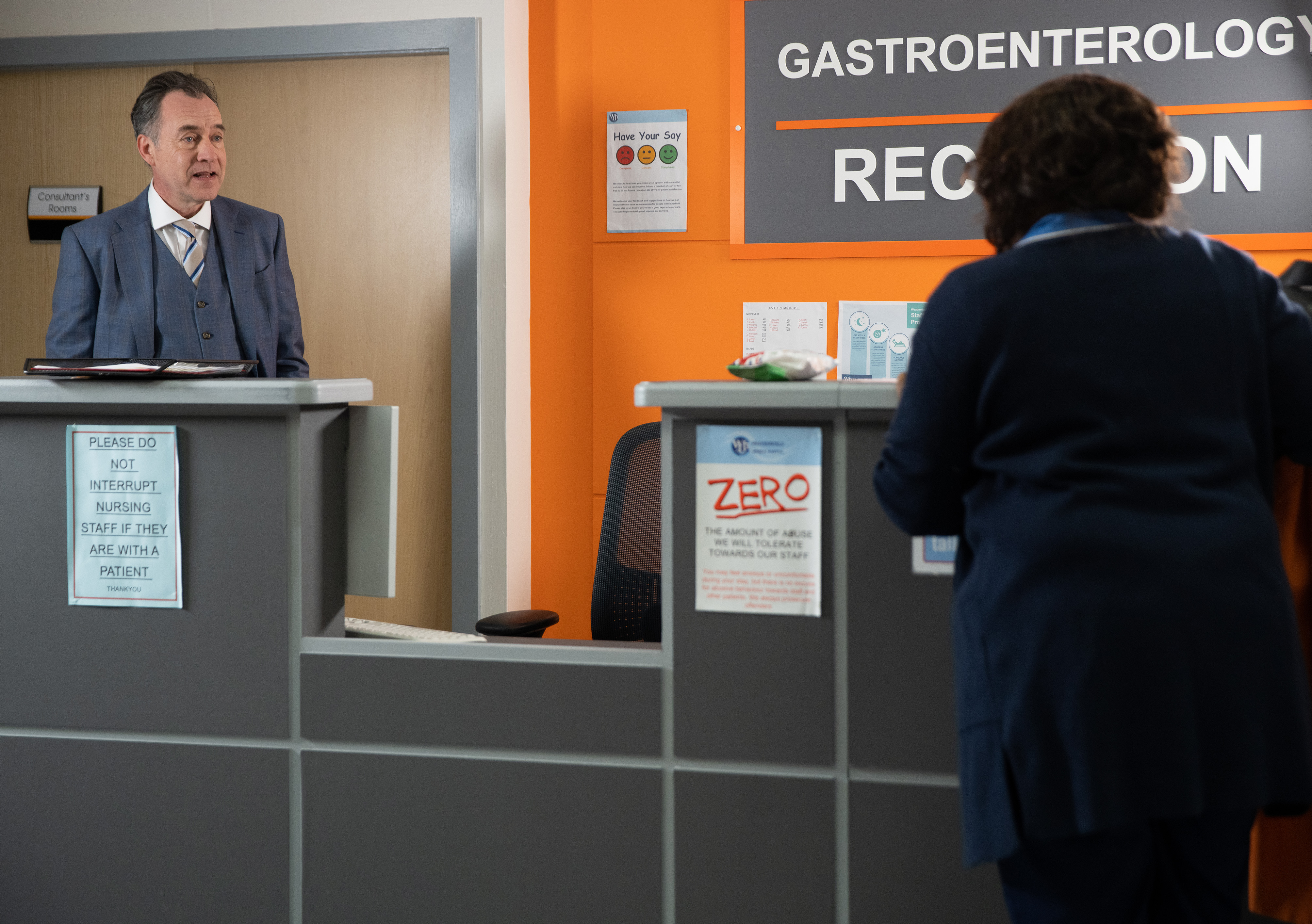 Aggie Bailey (Lorna Laidlaw) lands herself in a bit of trouble in tonight’s Coronation Street as she starts gossiping about Mr Thorne.

Initially, he appeared very charming, but his dark side was revealed after a meeting with Peter (Chris Gascoyne).

Peter was seeing Mr Throne for a follow-up appointment after his liver operation last year.

When Aggie entered, she made a small joke about Mr Thorne being unable to find some paperwork on his desk.

This made Mr Thorne feel small and later, he decided to give Aggie a verbal warning.

With knowledge Mr Thorne rushed Peter’s operation last year for a bet, Aggie starts blabbing to another nurse tonight, revealing someone has reported their boss.

When Mr Thorne learns his operations have also been cancelled until further notice, he assumes Aggie is responsible.

Clearly abusing his position of power once more, Mr Thorne tells Aggie he plans to make her life a misery.

But what will he do?

And how will Peter react when he discovers what Mr Thorne has done?