Game 1 of the Stanley Cup Final on ABC was the big demo winner (0.9 rating) in primetime Wednesday, with more than 3.2 million viewers tuning in watch the Colorado Avalanche edge the Tampa Bay Lightning 4-3 in overtime. Game 2 is set for Saturday at 8 p.m. ET.

CBS managed to get more eyeballs, however, on the night with The Price is Right Celebrates 50 Years special, which notched a 0.4 among adults 18-49 and lured close to 3.85 million viewers, according to Nielsen fast affiliate ratings. A rerun of S.W.A.T. (0.3 rating, 2.17 million viewers). 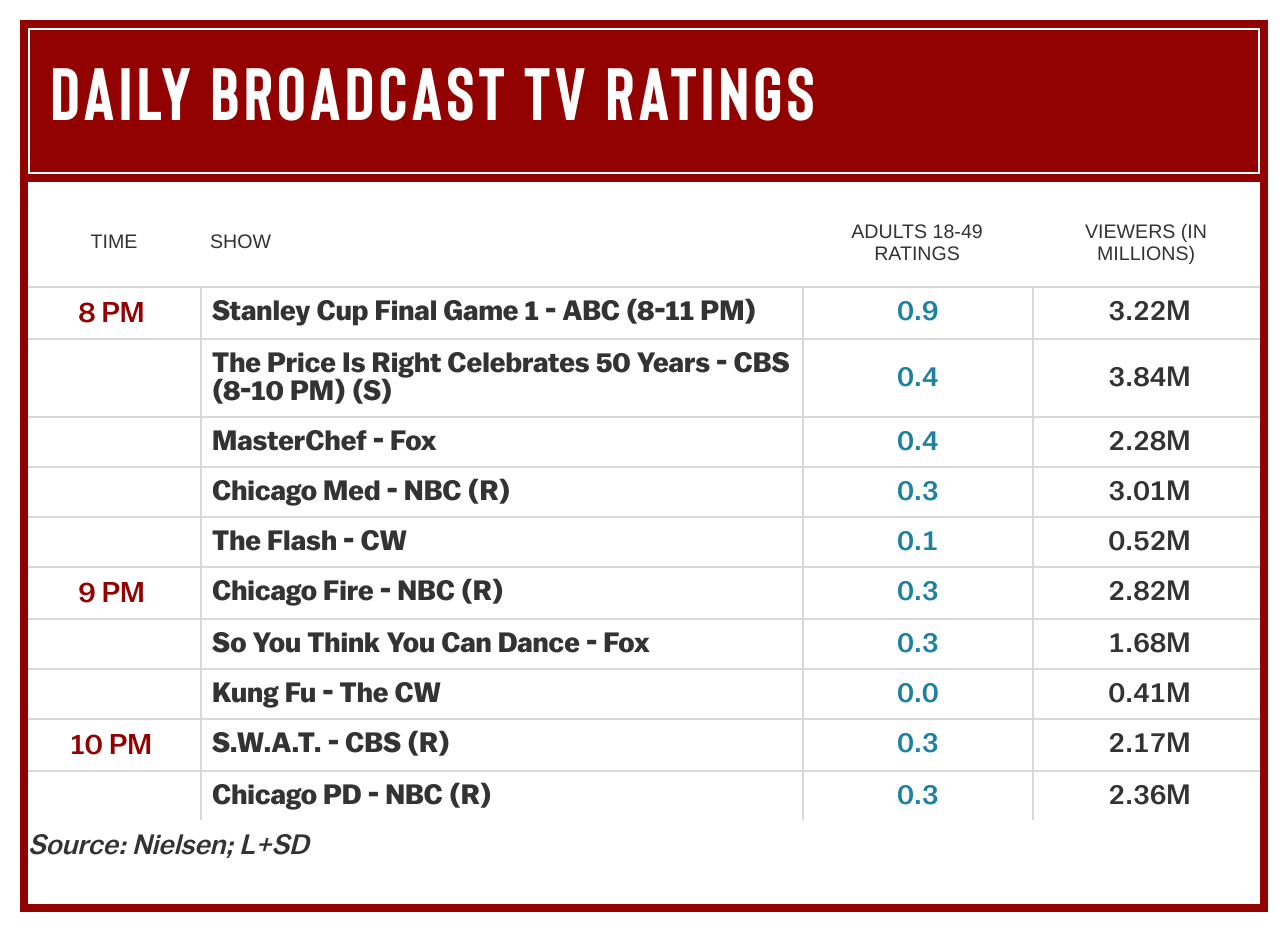