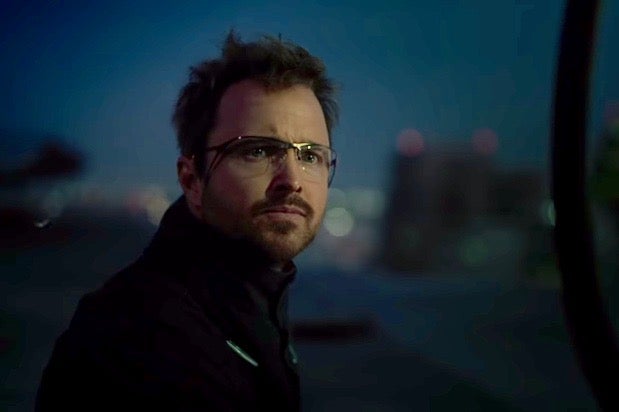 “Westworld” showrunners Jonathan Nolan and Lisa Joy shared a few new details about Season 3 in a new interview with Entertainment Weekly on Wednesday, including a few more hints about Aaron Paul’s role on the upcoming season of the HBO drama.

According to EW, the “Breaking Bad” alum will play a construction worker named Caleb who crosses paths with Evan Rachel Wood’s character in the show’s new future-Los Angeles setting and “has a strong impact on Dolores, who along with other hosts experiences major ‘culture shock’ now that she’s in the real world.”

“Aaron’s character will challenge Dolores’ notions about the nature of humanity,” Nolan told the magazine. “He’s the type of person who doesn’t get to go to Westworld.”

In addition to Paul, Season 3 will also welcome newcomers Lena Waithe, Scott Mescudi, and Marshawn Lynch. Wood’s Dolores is the only character from the first two seasons confirmed to return so far.

Nolan also promised that the new season would be “less of a guessing game” than the show’s last outing, acting as “more of an experience with the hosts finally getting to meet their makers” in the aftermath of the host’s massacre and escape in the Season 2 finale.

Though the show has ventured beyond its Delos-constructed western locale, Nolan said the ideal of the “American West as a setting and an ethos” will continue to serve as a “thematic through-line” for the series moving forward.

“The idea of the West as a wild place, where just over the next hill or horizon there are no rules,” he said. “On that thematic level, Dolores emerges to figure out what happened to the real West. And the answer is: We paved the thing over, and civilization eventually caught up with all those people who were running away from it.”

What happened on Love Island tonight? Recap of episode 39 with all the gossip and highlights