Home » TV & Movies » 8Chan Loses Another Host; 'We Do Not Tolerate Hate Speech'

8Chan Loses Another Host; 'We Do Not Tolerate Hate Speech'

Voxility sends 8chan back offline after terminating its relationship with BitMitigate, the message board’s host 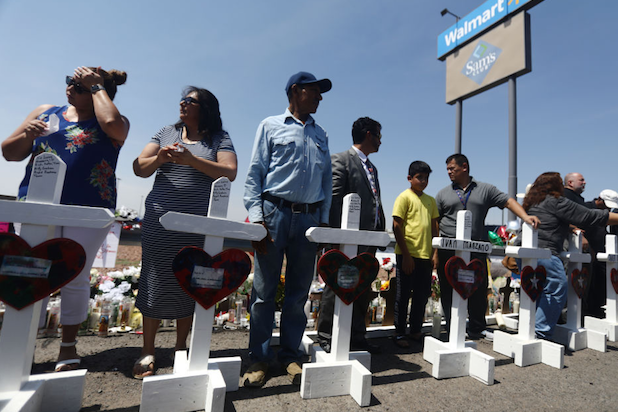 The anonymous message board 8chan, the site where the suspected gunman behind the El Paso, Texas, massacre posted his white-supremacist manifesto, has remained offline for most of Monday after a second internet infrastructure company cut its ties to the site.

Here’s how we got here: Cloudfare, which had been providing cybersecurity services to keep 8chan online, pulled its support late Sunday; Cloudfare CEO Matthew Prince later branded 8chan a “cesspool of hate” in a blog post explaining the company’s decision.

For a brief moment, 8chan returned to the internet on Monday after securing hosting from BitMitigate, a Washington-based provider. But 8chan’s return was short-lived, after Voxility — the company from which BitMitigate was renting servers and other services — decided to terminate its relationship with BitMitigate and Epik, its parent company. The move sent 8chan back offline. (It remained down as of 3 p.m. PST.)

Voxility VP Maria Sirbu told TheWrap the company made its decision after being alerted to BitMitigate’s support for 8chan earlier on Monday.

“We do not tolerate hate speech in any form. We’ve banned clients in the past with the same reason,” Sirbu said. “Today was business as usual. Other telco companies just cut access to these websites IPs, while we took the initiative to completely shut down the supplier’s infrastructure. Someone needs to get to the core of actions and today this someone happened to be us.”

Sirbu added: “This is a firm stand from our team and we will not reinstall services for Epik/Bitmitigate under no circumstances.”

A representative for 8chan also did not immediately respond to TheWrap’s request for comment.

Earlier on Monday, Epik CEO Rob Monster said his company had not solicited 8chan’s business and had not made a “definitive decision” on whether to continue providing services; that decision has now been taken away from Epik and BitMitigate following Voxility’s action.

“Freedom of speech and expression are fundamental rights in a free society. We enter into a slippery slope when we start to limit speech that makes us uncomfortable,” Monster told TheWrap. “The censorship we’ve seen across major social media platforms as of late has created a vacuum. Our services fill the ever growing need for a neutral service provider that will not arbitrarily terminate accounts based on social or political pressure. Our philosophy is, if the customer is not breaking the law, providers of technology should apply discernment in determining whether or not to service.”

8chan’s current limbo state comes as it faces renewed scrutiny in the wake of the massacre in El Paso, Texas, on Saturday, where 20 people were killed and dozens of other people were injured. Just prior to the shooting, a post appeared on 8chan with a four-page message claiming to be from the suspected shooter. The manifesto railed against undocumented immigrants as “invaders” and argued they exacerbated issues facing American workers, including automation.

“The job of my dreams will likely be automated. Hispanics will take control of the local and state governments of my beloved Texas, changing policy to better suit their needs,” the manifesto said. “They will turn Texas into an instrument of a political coup which will hasten the destruction of our country.”

Similar 8chan posts were made in advance of the shootings at a mosque in Christchurch, New Zealand, and a synagogue in Poway, California, with the suspect behind the Poway attack posting on 8chan before the shooting that “what I’ve learned here is priceless.”

Prosecutors will seek the death penalty for “domestic terrorism” and other charges against the El Paso suspect, 21-year-old Patrick Crusius, according to CBS News.

Is it good or bad to delay the menopause? Health experts debate new procedure