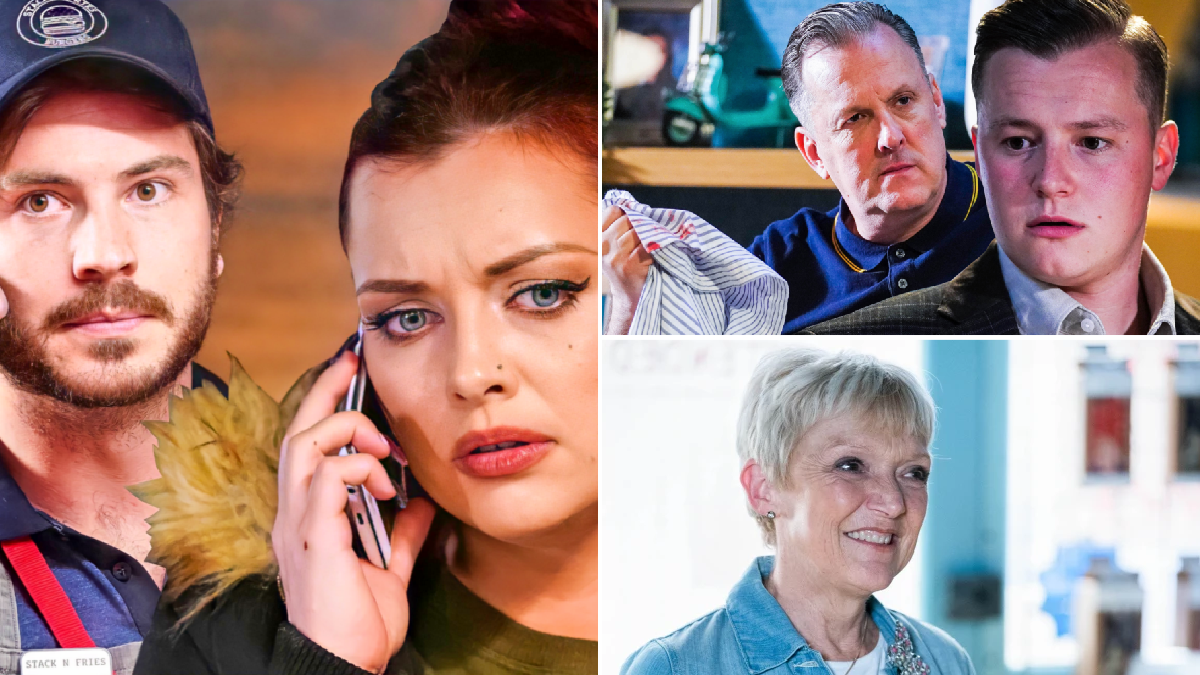 A number of shocking discoveries are made in EastEnders next week, while some are hopeful for the future.

Bobby, however, is prepared and responds well. Aaron insists on taking the bins out, piquing Harvey’s interest, and he finds Aaron’s bloodied shirt amid the rubbish!

Harvey demands answers. Aaron tells his dad it was just a fight, but he lied to the police to say he was with him the night before. Harvey’s conflicted as Aaron ask him to be his alibi.

Whitney Dean (Shona McGarty), meanwhile, calls Gray Atkins’ (Toby-Alexander Smith) work, but is she’s shocked when she’s told he doesn’t work there anymore. Gray, meanwhile, is working at the burger bar when he gets a call from Whitney. He lies about his whereabouts but she can tell where he is.

It’s all kicking off in Albert Square next week, and if you’d like a little taster of what’s coming up, then check out our first-look gallery below.

EastEnders airs these scenes w/c Monday November 15 on BBC One.