Number of people “faking it” to get the vaccine is “probably higher than we expect,” officials say 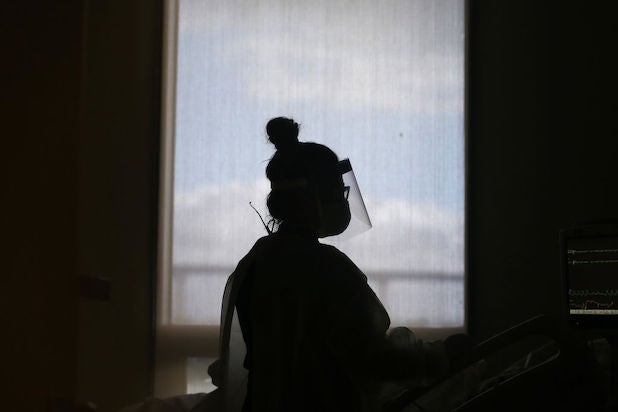 Two women under 65 tried to sneak into a COVID-19 vaccination site in Florida this week by dressing as elderly ladies in an effort to receive the coronavirus vaccine.

Orange County, Fla. health administrator Raul Pino told the New York Times that the women, aged 34 and 44, showed up to a vaccination site “dressed up as grannies” and wearing bonnets, gloves and glasses. Pino said they even came with valid CDC cards with fake birthdays certifying they’d gotten a first dose of the vaccine — meaning that, somehow, their getups fooled officials once already to get them partially inoculated against the virus.

Their second time wasn’t so lucky, as the women were turned away from the site and told they weren’t yet eligible for a dose of the vaccine, which is currently only being offered to Florida residents aged 65 and older and with pre-existing conditions. The Orange County Health Department reportedly asked local sheriff’s deputies to issue a warning to the fake grannies for trespassing. No charges were filed against them.

Pino said clinics and vaccination sites need to be vigilant about who’s turning up for a dose, and said the number of people “faking it” is “probably higher than we suspect.”

In a similar but far less convincing incident, a Florida man who was also too young to receive the vaccine tried to get one by posing as his dad, who had the same name. Not surprisingly, it didn’t work for that guy either, and he was asked to wait his turn and not jump the line.

Like many states, Florida is struggling to distribute COVID-19 vaccines and obtain more doses — especially with winter storms that are pummeling the southeast and causing delays in vaccine shipments’ arrivals. Residents 65 and older and with pre-existing conditions are allowed to queue up for their shots now, but the state’s Republican Gov. Ron DeSantis hasn’t said which group will be next in line.