In some ways, The Weeknd is operating in a class of his own. The singer took the music industry by storm in the mid-2010s. And yet, in addition to The Weeknd’s dating life, he has formed a few key collaborative relationships with other artists. In particular, The Weeknd and Lana Del Rey have worked together a few times. And The Weeknd once admitted just how important Del Rey is to his music. 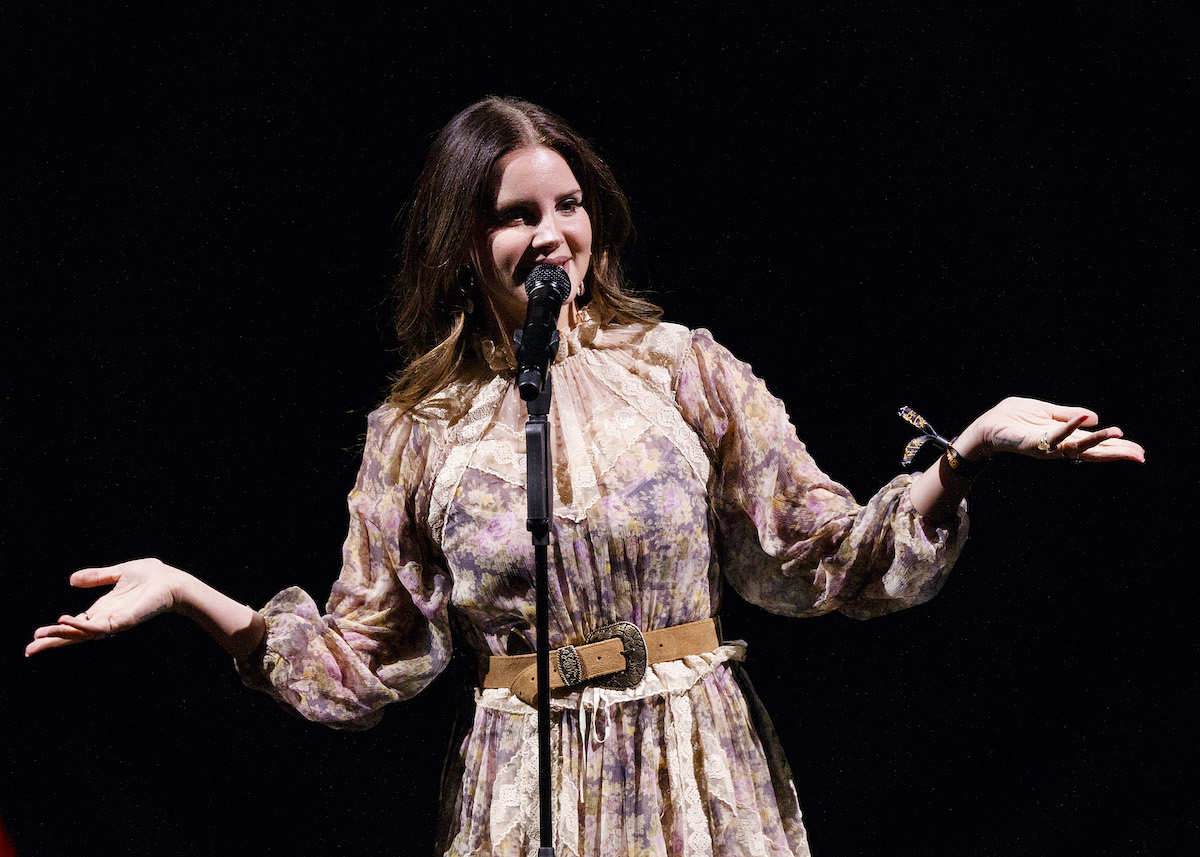 On the surface, The Weeknd and Del Rey might seem like very different artists. After all, The Weeknd’s music hip hop and soul sound feels more in line with someone like Ariana Grande. Meanwhile, Del Rey’s career lives much more in line with rock-infused pop. However, the two artists are much more similar than the genres of their music might reveal.

For instance, The Weeknd and Del Rey both often capture a dream-like quality in their songs. In addition, their lyrical content dips into dark territory, such as their preoccupation with drug references. So it makes sense they would work well together. And so they have. Beginning with The Weeknd’s 2015 single “Prisoner,” they’ve worked together on five songs.

The Weeknd said the singer is very important to his music

Although the Grammy Awards have yet to bestow a trophy to Del Rey, her work certainly makes a huge impact on The Weeknd. In fact, the “Blinding Lights” singer once revealed just how vital she is to his own music. In a 2015 interview with Pitchfork, The Weeknd explained the interconnected nature of Del Rey’s music and his own.

“Me and Lana have been friends for a long time. I’ve inspired her. She’s inspired me. I feel like we’ve always been talking to each other through our music. She is the girl in my music, and I am the guy in her music. It’s just this ghostly collaboration that feels the most natural on the whole [Beauty Behind the Madness] album.

Even the whole monologue intro on “Lonely Star” from [my 2011 mixtape] Thursday — I just realized now that that’s Lana. That’s Lana’s voice. I mean, it’s my voice pitched up, but it’s her. It’s who she is. She was definitely the first feature that I wanted to bring on this album.”

The Weeknd and Del Rey are more than just collaborators, it seems. The pair’s music — according to The Weeknd — is spiritually linked. Perhaps this revelation puts into context not only the collaborations between these two but their respective catalogs as well.

Are The Weeknd and Lana Del Rey dating?

Considering the personal nature of their bond, curious fans might wonder whether The Weeknd and Del Rey are dating. In fact, so far it’s never been confirmed whether the pair have ever been romantically linked. But The Weeknd is definitely no stranger to high-profile relationships.

For years, the singer has been in an on-again/off-again relationship with model Bella Hadid. He’s also been romantically linked to Selena Gomez somewhere in the midst of it all. However, there’s no confirmation who — if anyone — The Weeknd is currently dating.