When The Beatles first arrived in America, the band was playing songs that didn’t require much in the way of interpretation. In “I Want to Hold Your Hand,” the band’s first No. 1 Billboard hit, you got almost the entire message in the song’s title.

Later on, as John Lennon and Paul McCartney explored new ideas, the lyrics became richer and, in the case of a track like “Eleanor Rigby,” significantly darker. But you still got a great deal of optimism and innocence in Beatles songs, especially in ones written by Paul.

If you sing “Penny Lane” to yourself, you likely recall the parts about the shiny fire engine, cheerful barber, and pretty nurse selling poppies from a tray. But Paul also included a vulgar lyric for the old gang in Liverpool in the song’s second half.

The third verse of ‘Penny Lane’ contained a sexual reference.

In late 1966, Paul began working on the song that would become “Penny Lane.” Lyrically, the tune built on John’s “In My Life,” which originally had references to Penny Lane and places in Liverpool that reminded John of the Beatles’ hometown.

However, since John had omitted all the specific place names in “In My Life,” there was still plenty of room for Paul to work with. After he came up with a melody, he began putting his lyrics on paper. They included the opening with the pleasant barber and the banker kids would laugh at.

When Paul got stuck on the third verse, he called in John to help him finish the song. That’s when the line “four of fish and finger pie” entered the picture (most likely via John). According to multiple sources, it’s a term teenagers use for a certain type of sexual foreplay.

“Women would never dare say it, except to themselves,” Paul said in Anthology. “Most people wouldn’t hear it, but ‘finger pie’ is a nice little joke for the Liverpool lads who like a bit of smut.” As for the “four of fish,” that was a reference to the price of a small portion of fish and chips.

The line went unnoticed as ‘Penny Lane’ became a No. 1 hit. 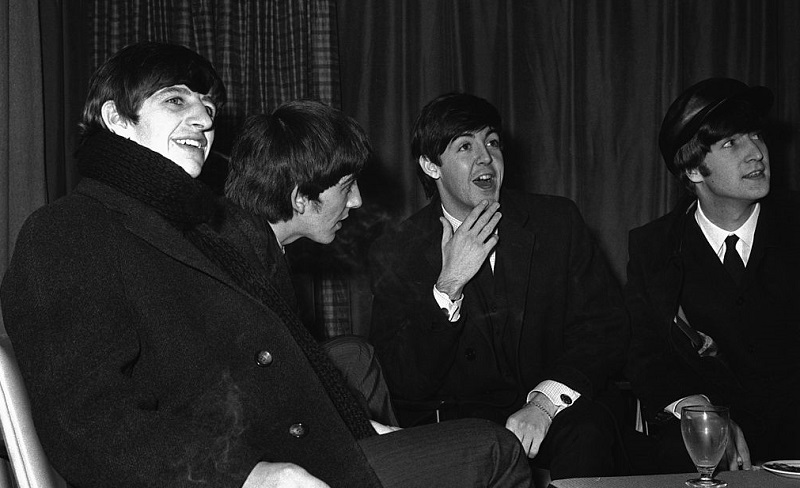 As The Beatles learned over the years, radio and TV stations could be very touchy when it came to racy material. (The case of “The Ballad of John and Yoko” offers a good example.) However, in the case of “Penny Lane,” no one noticed anything out of line — just as Paul expected.

The song became a No. 1 hit in the U.S. in March 1967. In an unconventional move, the single had “Strawberry Fields Forever” on the flip side in a “double-A side” release. Beatles fans wouldn’t see either song on an album until Magical Mystery Tour arrived later that year.

In the UK, “Penny Lane” / “Strawberry Fields” peaked at No. 2 in January 1967. Looking back, producer George Martin regretted not putting “When I’m Sixty-Four” as the flip side to either song. But to most Beatles fans, that issue offered the ultimate contrast between John and Paul.

See also: What Paul McCartney Was Really Singing About in His Classic ‘Blackbird’