The Hunna transcends their new album with an astounding performance 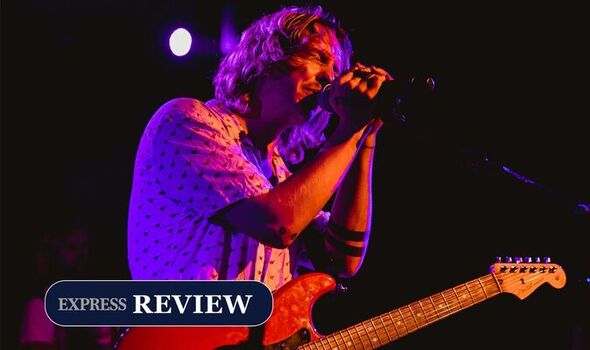 The Hunna’s latest album, a self-titled joint, has only been out for a few short weeks, but they know how good it is. In our review of the record, we praised their creativity and style, which was compounded by singer Ryan Potter’s astonishing vocals. In many ways, the band are even better than their record.

The Hunna recently told Express.co.uk that their new album is a break from the mould they’ve found themselves in recent years. It leans more on the guitars and their punk, garage-band roots. Sure, some longtime fans of the band might not instantly gel with this “new” sound, but the Watford rockers know it has stopping power.

So then, it is extremely ballsy of any band (especially one with such a dedicated and passionate fanbase) to play their entire new album from front to back, without exception. Despite any reservations they might have had, The Hunna did exactly that at Camden’s Electric Ballroom on Friday, November 5, 2022.

And, let me tell you: it didn’t disappoint.

Launching into their music industry-slamming Trash, they exploded onto the stage with no intention to take any prisoners. The brutal guitars and Jack Metcalfe’s impactful drums were enough to fill the crowd alone.

It was Ryan’s truly stunning vocals that carried the entire setlist, however.

The Hunna’s more voice-led tracks, such as Find A Way Out (Back To You) and Circles, blew the roof off of Camden’s iconic venue. Not only did Ryan’s voice soar across the hundreds of screaming fans, but it absolutely dwarfed the sound of the band, as well. It’s honestly remarkable to hear in person.

Dripping with sweat and drenched in style, Ryan and guitarist Dan Dorney absolutely oozed star power and used it to build a pensive and exciting atmosphere at every turn.

With so many authoritative moments peppered throughout the self-titled record, it was a fantastically varied and decisive gig with one message to deliver: This is the new version of The Hunna, and it is good.

The band, of course, ended with their gargantuan historic songs that will always be crowdpleasers – Bonfire, Casual, etc – and they were exceptional to see live, as well. But I couldn’t help but come away from The Hunna’s confident performance thinking about the subtle show-stoppers buried within their new album.

Hits such as Sold My Soul and Other Side had more facets to them than initially displayed on the record, and will go on to become staple pieces in their setlist.

The Hunna feel like they’re only just getting started (again). Their new music smacks of inspiration and artistry, and with this new trajectory, their live performances are only going to improve going forward.