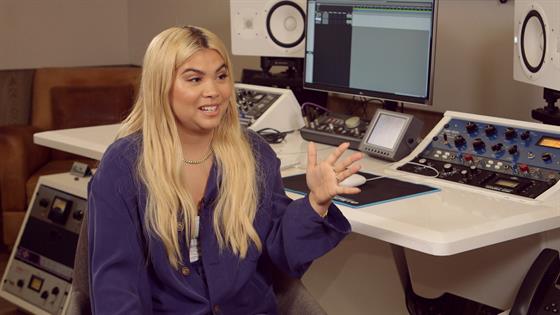 We need to calm down!

Taylor Swift is set to reveal a major musical Easter egg! The superstar singer took to Instagram on Monday to tease an announcement, sharing a clip from her latest music video, “You Need to Calm Down.” In the short clip, we see an arrow hitting a target with the number five written on it.

“I’m going live tomorrow, July 23 at 5pm ET!” Swift told her fans on social media. “I have some stuff I’m reeeeeally excited to tell you about, including some info on this Easter egg right here.”

T.Swift also added the bow emoji, the direct hit emoji, the eyes emoji and the arrow up emoji in her caption.

So, what does it all mean?! Let’s break it down, Swifties.

I’m going live tomorrow, July 23 at 5pm ET! I have some stuff I’m reeeeeally excited to tell you about, including some info on this Easter egg right here. ???⬆️

You might remember from the music video, singer Hayley Kiyoko was the one to shoot the arrow at the target, which means she could have something to do with T.Swift’s announcement! Plus, the target has the number five on it, which could be a hint at a possible track number!

The Grammy winner is set to drop her new album, Lover, on Aug. 23, which is exactly one month from tomorrow, Tuesday, July, 23. This could mean that Swift and Kiyoko are about to drop a collab, which will be track five on Lover!

Another possible theory could be that Kiyoko is joining Swift on her next tour! With the number five standing for the fifth month of next year, May. Maybe a tour kickoff month?

Kiyoko recently opened up to E! News’ Justin Sylvester about being a part of Swift’s music video—which stands up for the rights of the LGBTQ+ community, as well as the rights of women—gushing that it “was so much fun.”

“To have so many incredible people in the community in that three minutes and thirty seconds, or however long it is, was so powerful,” she went on to share. “Taylor’s been a huge ally to me, just as a friend and as a musician, and it’s really cool that she just did that on her own.”