Last month, a new official book of Neal Preston’s Queen tour photography was announced for publication later this year. Preston was the band’s official photographer for many years and unseen pictures of Queen, including of the late Freddie Mercury and the retired John Deacon, are set to feature in it. And now a selection have been revealed on Instagram ahead of the book’s release.

Guitarist Brian May also features performing, while there are a few great snaps of Freddie Mercury himself.

A couple have the singer in the middle of a show, while the others see him relaxing with his Queen bandmates.

Queen – The Neal Preston Photographs covers Queen tours from 1975 to 1986. 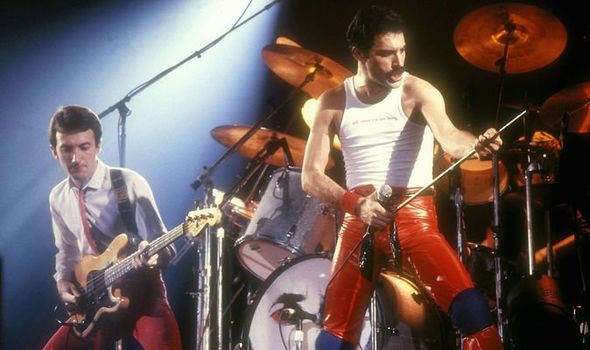 Work in progress. A production proof of a selection of images from the forthcoming @reelartpress book. Queen The Neal Preston Photographs is available to pre-order now

Not just pictures on stage, but backstage, on the road and everything in between.

Both active Queen members Brian May and Roger Taylor will be contributing to the exciting new project.

The guitarist and drummer will be providing text, alongside Preston, revealing the stories behind the pictures.

May said: “Neal just has the knack, the skill, to always be in the right place at the right time.” 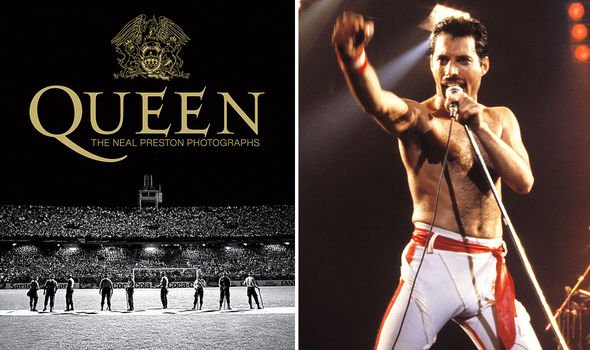 A description of the book reads: “Neal Preston is one of the most prolific and highly regarded rock photographers of all time.

“He began working with Queen in the mid-1970s as their tour photographer.

“This official book, produced in collaboration with the band, features over 300 images and is an exhilarating ride through their years on the road together.”

Reel Art Press added: “It is the first time Preston and Queen have collated this work in one volume: glimpses of life backstage, live performances, post-performance highs and lows, and outtakes—many of which have never been seen before—are accompanied by memories and anecdotes from Queen guitarist Brian May and drummer Roger Taylor.

“The pages vibrate with a palpable energy.”

The hardback book is priced at £49.95 and is available for pre-order ahead of its October 2020 release.

Meanwhile, Roger Taylor has revealed exclusively to Express.co.uk that a Queen and Adam Lambert live album is in the works.

The 70-year-old said last week: “We had a big thing on YouTube the other night and it went down very well.”

Taylor was referring to Queen and Adam Lambert’s Tour Watch Party, which streamed on their official YouTube channel for 24 hours over the weekend.

The one-hour highlights show of their live performances, included Fire Fight Australia from earlier this year and Fat Bottomed Girls with the Dallas Cowboys Cheerleaders in 2019.

The Queen drummer continued: “So we thought, well, maybe there’s a live album of highlights of concerts that we’ve done over the last eight years with Adam Lambert. And I think it would make a very nice live album, so we’re really thinking about that actually.”

"Meet the Press" Wins in Every Ratings Category for the Quarter

This money-saving £8 shampoo bar promises EIGHTY washes and a blow dry effect – but does it compare to your regular bottle?
Recent Posts