For 36 years, Richie has had people coming up to him saying that word and grinning like fools. I was giddily excited to meet him backstage and blurted out I woudn’t dream of asking him to do it. “Ohhh, please,” he grinned, looked at the camera and said it. An hour later he was onstage saying ‘Hello’ to 62,000 adoring fans and I bet every single one felt just as special and giddy as I had in that moment. It’s the true mark of a star when they can engage with one stranger or thousands of people in a field. It doesn’t hurt either to have one of the greatest pop back catalogues in the business…

Playing it up, Richie struttedcame on stage in an orange blouson jacket with a sequinned Hello on the back and hit the ground running with, well, Running With The Night.

Then it was straight to the piano for Easy which had the crowd sighing and swaying as he segued into a blissed out Penny Lover.

Yup, we were Easy, too, won over by the man, the mirth and the music – and he didn’t let up the charm offensive when Stuck On You finished to rapturous applause and he added ‘I’m mighty glad you all stayed.” Pure class. 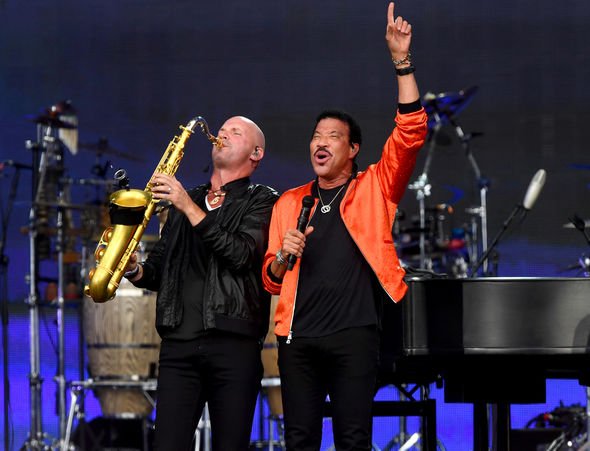 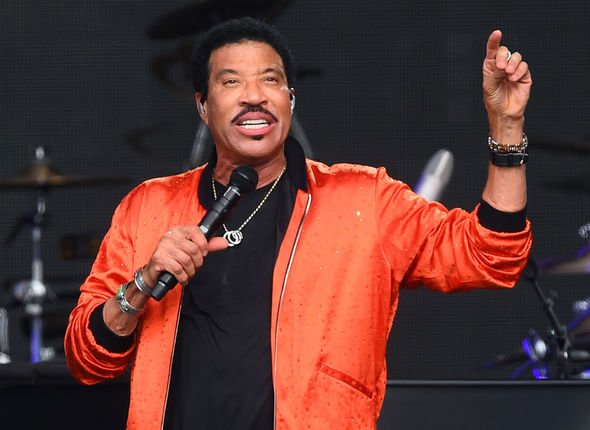 Richie threw it way back to the Commodores and grooved on stage for a funktastic Brick House and Fire mash-up. Not bad for 70.

Three Times A Lady prompted a huge singalong. It felt like a giant hug in a field.

Then he was back to bantering with a cheeky tease: “For 35 years I invited miss Diana Ross to join me on stage and for 35 years she said no…” There were gasps. Surely not? Was she seriously going to…?

Of course not. Naughty man. But he soon made up for it as 62,000 Dianas (male and female) in the crowd enthusiastically duetted with a beaming Richie for an emotional Endless Love. 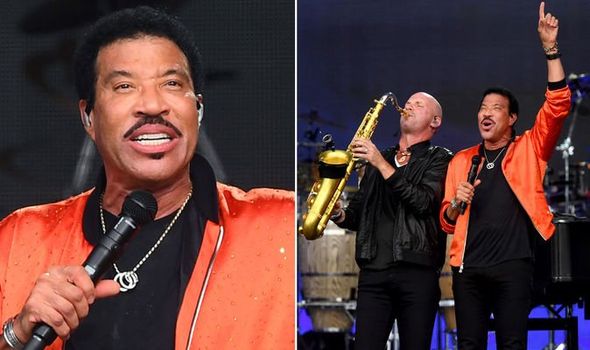 The hits just kept coming as he asked if we wanted to dance? But not on the floor, obviously. An extended Dancing On the Ceiling had the park jumping like it was 1986. Oh, what a feeling, indeed. “

And then it was time for an epic, crowd-boosted Hello. For most artists this would be a fitting finale but Richie quickly pointed out: “Hey, I’ve got more songs” to yet more cheers.

He proved it with a powerhouse Say You Say Me. Visibly moved, he told us: “I’ve been doing this for 250 years and you get louder.” And then we got even louder for We Are The World.

And it still wasn’t over.

Richie wrapped it up on a massive high with a storming All Night Long including a blissfully extended percussive dance break in the middle as we all screamed back “Jambo Jambo.” Which, of course, means ‘hello’ in Swahili.