Composer Hans Zimmer can't seem to get away from The Lion King.

The emotional score has gotten him jobs, his only Oscar and secured him a place in the hearts of children and adults. But he wasn't sure he wanted to come back when Jon Favreau approached him to revisit the soundtrack for his technologically advanced reimagining of the animated film, which opened in cinemas across the country this month. 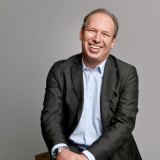 "I'm always the one saying no to everything," Zimmer, 61, said. "I suppose I'm the reluctant bride."

He only agreed to do The Lion King a quarter of a century ago because of his daughter. She was six at the time and his movies at that point weren't exactly child-friendly.

"I couldn't take her to a Tony Scott bloodbath," Zimmer said.

He had one stipulation: That it wasn't going to be a musical.

"I said I don't want to do a musical, I hate musicals," Zimmer said. "And they said, we'll guarantee you this will not become a musical ever." How it ended up that way is "another story".

But it's not the only way The Lion King diverged from his expectations. What he thought was going to be a "nice cartoon" turned into something much darker. The story about a young prince who loses his father hit a nerve for Zimmer, who also lost his father at a young age.

"All that stuff that one had managed to cover up so well, I had to go and open up and actually write from that point," Zimmer said. "I had to write what it felt like to be a little boy who loses his father."

And yet Zimmer is always somewhat surprised to find that people have such a connection to it. Terrence Malick only approached him for The Thin Red Line, which would earn him another Oscar nomination, because of The Lion King.

He remembers being at a dinner with Malick, Werner Herzog and others and overhearing "the two great filmmakers passionately arguing with each other which piece in The Lion King they prefer". 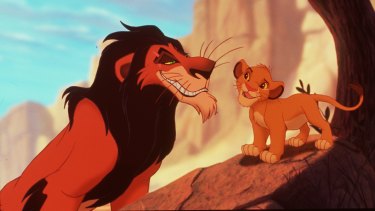 The young Simba (right) in The Lion King, which won composer Hans Zimmer an Academy Award and two Grammys.Credit:Disney

And when Pharrell Williams convinced Zimmer to play at Coachella in 2017, he said fine, but that, "The one thing we're not going to do is The Lion King."

A 23-year-old member of his band told him to get over himself. "It's the soundtrack of my generation," the young man declared. Zimmer conceded and had a bit of a revelation in the desert.

"I look out throughout the shambles of a field with all these people and see grown men and women truly touched and I'm realising it's not because it's sentimental but because it's emotional, it's the truth, and my band is playing every note with total conviction," Zimmer said. "(I thought) maybe we can pull this off with an orchestra and maybe because everybody in the orchestra will know the material they will play it with the same sort of passion and conviction."

That was the convincing he needed. And Favreau had shown him some majestic concept footage of what the film would actually look like.

"He wasn't just my portal into the music, which is arguably the most important aspect of this film," Favreau said. "It's difficult to appreciate just how significant a collaborator he was."

When it finally got down to recording, he assembled his band and hand-picked orchestra from around the world in Los Angeles. And it turned out to be just as he'd dreamed: An emotional experience .

Zimmer even got to do something rather special this time around. He recorded with a live audience at The Barbra Streisand Scoring Stage, where they've recorded everything from Gone With the Wind and Lawrence of Arabia to E.T. and the most recent Star Wars films.

"I wanted it to be a performance. Therefore I needed an audience. I had 102 people in the orchestra and the band. And then I put 20 chairs upfront for the filmmakers who made the movie, who actually never get to come to the recording sessions," Zimmer said with a smile. "It's the circle of life, or completing a circle or whatever. The force is strong on this!"