Ladbaby is officially going for chart history this year, as they’ve released their newest Christmas single, Sausage Rolls For Everyone, with some very special guests.

YouTube stars Mark and Roxanne Hoyle, who already have three Christmas number ones to their names, have teamed up with Sir Elton John and Ed Sheeran for this year’s song – as you do.

It’s a rework of Ed and Sir Elton’s recently released song Merry Christmas, and the music video shows Mark sneaking the superstars into the recording studio in sausage roll costumes (because what else?) before rocking out to their new track

With the proceeds from the song once again going to the Trussell Trust, the video also includes a message about those living in poverty in the UK.

It reads: ‘1 in 5 people in the UK are living in poverty.

‘Over 14million people, including 4.5million children, 1.5million pensioners. Food banks will be providing more than 7,000 food parcels a day this Christmas.’

Sir Elton, who recently released another Christmas song with Ed, said: ‘LadBaby are just the nicest people in the world, and they raise so much money each and every year for The Trussell Trust. 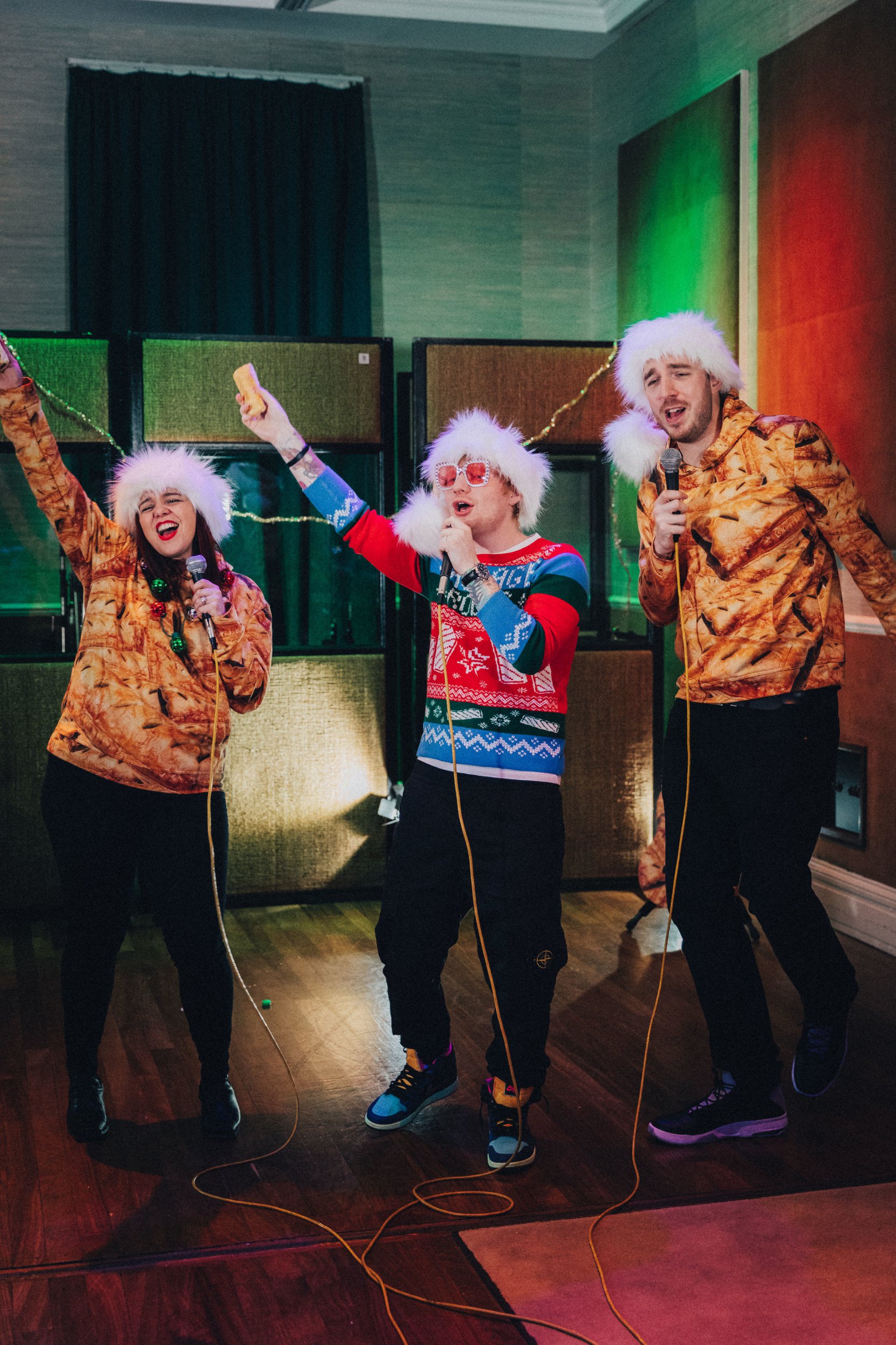 ‘It’s really important that people download and stream this record so that people who need the support can have a meal this Christmas.’

Meanwhile, Ed said: ‘I’m proud to be supporting and featuring on LadBaby’s very fun rework of Merry Christmas. All profits will be donated to The Trussell Trust which is a very wonderful and important charity, so make sure you stream it, buy it and play it on repeat.’

If they reach the number one for a fourth time this year, Mark and Rox will make history as the first act to ever score four consecutive Christmas number one singles in the UK – no pressure then.

Currently, they’re tied with The Beatles and Spice Girls.

They’ve got plenty of competition though. Classic hits like All I Want For Christmas Is You by Mariah Carey are currently in the top 10, with the star also releasing a new festive hit, Fall In Love At Christmas.

Meanwhile, Abba have released a Christmas single, while Strictly’s Craig Revel Horwood is also throwing his hat in the ring.