K-pop fans anticipated Itzy’s comeback with bated breath and now it has finally dropped. The mini-album It’z Icy isn’t just a success that shows how much more popular the girl group has become since their debut, but the song Icy is a bop and is dominating both YouTube and music charts.

They keep talkin’, I keep walkin’

Itzy officially made their comeback at midnight KST on July 29, 2019. Despite being titled Icy, the song is technically a summer track written by J.Y. Park himself. He also serves as the main composer and lyricist and is joined by producer and rapper Penomeco. Other composers to help out include Cazzi Opeia, Ellen Berg, Daniel Caesar, Ludwig Lindell, Lauren Dyson, Ashley Alisha, and Cameron Neilson.

As heard in the official music video for Icy, the song is a bop that accentuates Itzy’s girl crush charms. They are full of energy and vibrant. However, since those around them don’t understand them, Itzy comes off as “icy” thus the title of the song.

It has only been two days since Icy was released and the song is dominating realtime charts in Korea and YouTube. Starting with the realtime charts, the song has topped four of them now: Bugs, Mnet, Soribada, and Naver. 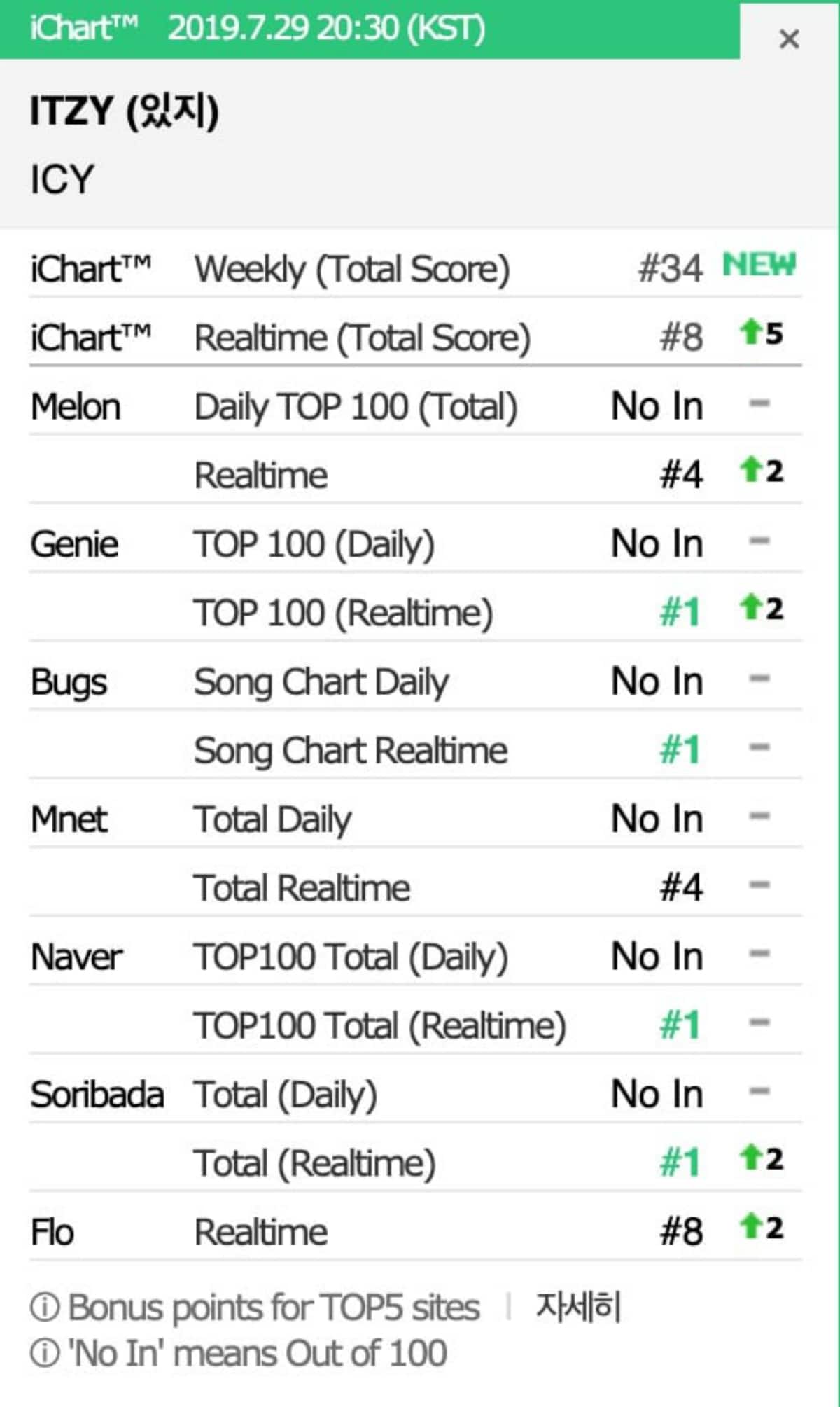 International K-pop fans who want to own a physical copy of the album, they are available at YesAsia right now.

It’z Icy will have two versions. An “IT’Z” version and an “ICY” version. There are also options to buy any of the albums with a special limited gift or posters.