New celebrity couple alert! Speculation around Kanye West and Irina Shayk’s budding relationship began to swirl after an anonymous tipster wrote into Instagram celebrity blind account DeuxMoi, per the Daily Mail, claiming that “Kanye West is now secretly dating Irina Shayk aka Bradley Cooper’s baby mama.” The speculation was seemingly validated when the Daily Mail obtained images of the pair on a romantic walk on June 9, the rapper’s 44th birthday, in Provence, France. The new couple stayed at a 600-acre boutique hotel together for three nights, which the “Gold Digger” rapper rented out, per the outlet.

Meanwhile, Kim Kardashian wished her soon-to-be ex-husband a happy birthday on Instagram. The KKW Beauty founder posted a photo of herself with the “Jesus Walks” rapper and three of their children, writing “Happy Birthday Love U for Life!”. The former couple appears to be on good terms — so how does the “Keeping Up with the Kardashians” star reportedly feel about her almost ex-husband moving on with the Russian model? Read on to find out. 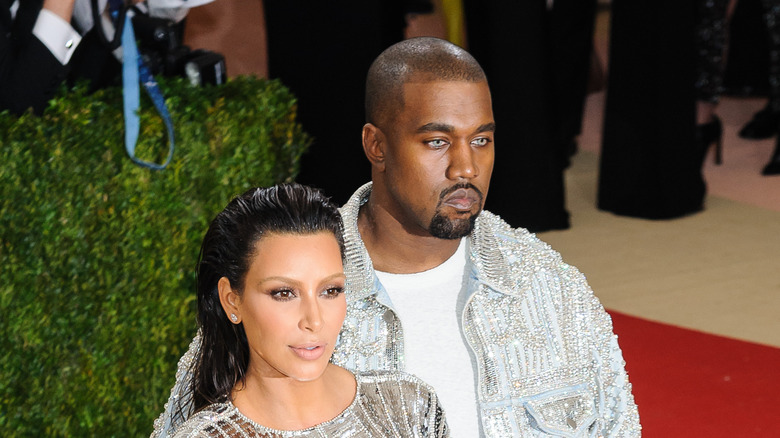 Kim Kardashian and Kanye West called it quits earlier this year, and it looks like Kanye has already moved on with Bradley Cooper’s ex, Irina Shayk. How does Kim feel about her ex dating again, just four months after she filed for divorce?

“Kim knew that Kanye and Irina were dating,” a source told Us Weekly. The rapper and model have “been quietly seeing each other for a couple of months,” the insider revealed. “Kim doesn’t mind because she saw how quiet and respectful Irina was after she broke up with Bradley,” they continued. According to the tipster, Kim “wouldn’t like” it if Kanye went on to date someone “who’s going to talk to the press.”

Kim opened up about the demise of her marriage on a recent episode of “Keeping Up with the Kardashians,” saying that she didn’t want to move from state-to-state like Kanye does. “He should have a wife that supports his every move and travels with him and does everything, and I can’t,” the mom of four admitted (via Us Weekly). She then revealed her true feelings about the end of their marriage, crying: “I feel like a f***ing failure. It’s my third f***ing marriage. Yeah, I feel like a f***ing loser. But I can’t even think about that. I want to be happy,”

Some fans want the reality star to move on with Drake, but only time will tell who she dates next.