Most people have heard at least one piece of music by Queen. The band’s lead singer, Freddie Mercury, gained a global following of fans. People cannot visit his grave to honor him, but they still have his greatest hits to remember him by.

Despite his declining health, Mercury continued to record music. However, he eventually had to retire. His friends noted that “he’d sung all he could sing” before preparing for his passing.

Freddie Mercury created so much music that people love

Mercury accomplished a lot in his life, and Queen notably defined most of his career. According to Biography, he formed the famous band with Roger Taylor, Brian May, and John Deacon in 1971. The group released their first album, Queen, in 1973.

The following year, more people discovered Queen after the release of their third record. Of course, one of the band’s most notable pieces was the hit song “Bohemian Rhapsody.” Mercury saw a rise in fame in the late ’70s and ’80s.

Besides his songwriting talents, Mercury charmed fans with his grin. He was born with a few extra teeth, and some people called him “Bucky.” The additional pearly whites in the back likely contributed to Mercury’s impressive vocal range. As a result, he did not get them removed.

Despite Mercury’s immense fame, he managed to keep a few aspects of his life a secret. For instance, people were unaware that he was bisexual until decades after his death. They did not know that Mercury secretly spent his remaining years with Jim Hutton.

Freddie Mercury prepared for his death after singing all he could 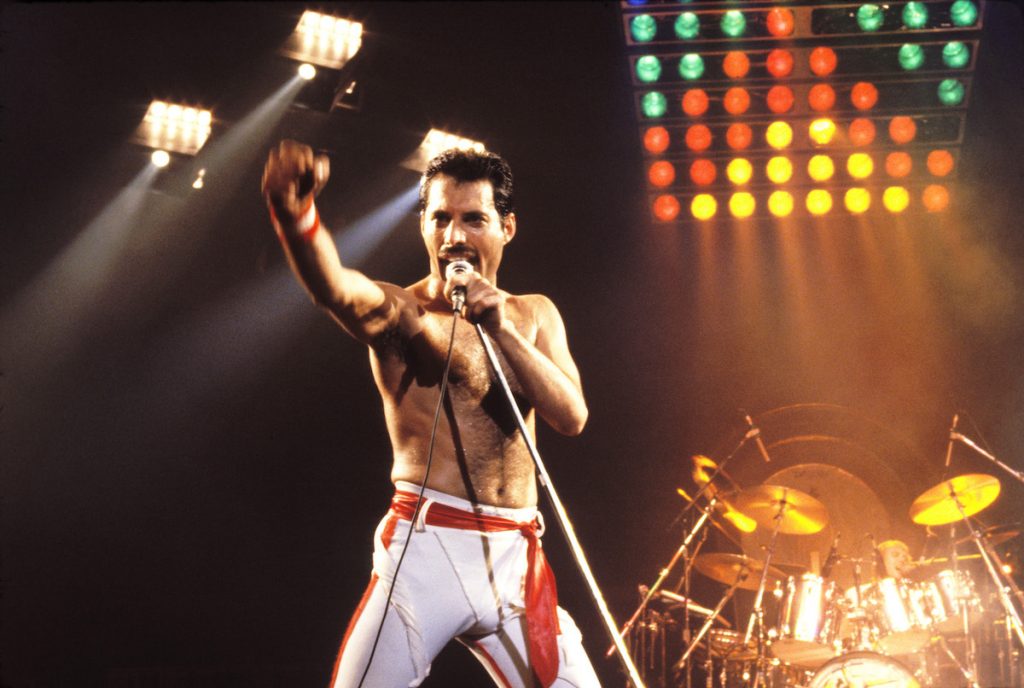 Mercury died at a young age, but his life has become a topic of interest for documentaries. Express reports that Channel 5 created one doc Queen: A Rock History. In the documentary, viewers learn what the famed singer was like in public and private.

During the last few years of his life, Mercury dealt with a life-threatening illness that only his bandmates knew. His condition made it difficult to walk or sit, and he relied on vodka to help him through sessions. Nevertheless, Mercury kept working on his music until he could not continue.

“‘Darling, when I can’t sing anymore I’ll just die, I’ll drop dead,’” Anita Dobson recalled what Mercury told her. She continued to state, “When he’d sung all he could sing, he withdrew and he got ready to die.”

Before retiring, Mercury made his final recordings for the album Made in Heaven. The album was the only one the band released after his death.

Rumors began to spread about Mercury’s health in the late ’80s when he primarily withdrew from the public’s eye. It was not until 1991 that the performer revealed that he had been suffering from AIDS. About a day after his announcement, Mercury died from ADS-related bronchial pneumonia at 45.

Mercury kept his battle with the disease a secret for years to maintain his privacy. His fellow bandmate also explained that Mercury did not need people to pity him. The late singer also likely did not want himself or his loved ones to face scrutiny from the media.

Many fans mourned the loss of an iconic member of the music world, and some honored his memory. In 1992, various entertainers held a concert as a tribute to Mercury’s life. The event also aimed to spread AIDS awareness.

As for the band, a couple of the band members had solo careers before reuniting years later. Queen held multiple shows in the 2000s and 2010s after a new generation took an interest in their music. The legacy of Mercury and his band may remain strong decades later.