Home » Elvis Presley: Linda Thompson shares rare footage of The King a year before his death Elvis Presley: Linda Thompson shares rare footage of The King a year before his death

Elvis Presley was ’nuzzling’ against me says Linda Thompson

Elvis Presley had an intense amount of touring in his final years, which saw him flying around the US in his Lisa Marie private jet. From 1972-1976, The King was dating Miss Tennessee model Linda Thompson, who would often travel along with him. And now Linda has shared rare footage of herself with The King boarding the plane named after his daughter just over a year before his death at only 42.

A caption read: “Elvis Presley and Linda Thompson disembarking from The Lisa Marie, after the plane landed at Richmond Airport.”

While the 71-year-old wrote: “Check out this post on @elvis.world. You’ll see me climbing the stairs in my cute purple dress!”

The picture and footage were captured on June 29, 1976, almost exactly 45 years ago to the day. 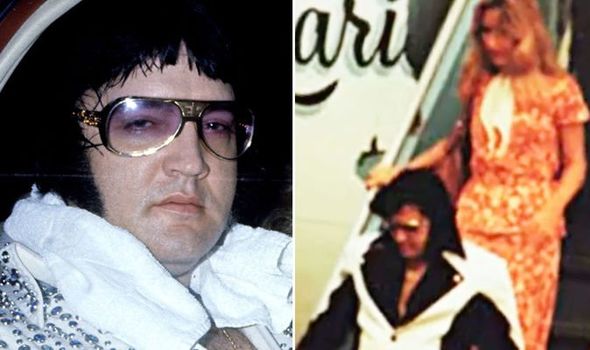 Elvis World captioned the video: “Rare footage of Elvis Presley embarking on The Lisa Marie at the Philadelphia Airport on June 29th, 1976.

“He and his entourage were heading to Richmond, where Elvis would hold an evening concert at the Richmond Coliseum.

“The King was wearing the Penguin Suit and, while on his way up to the plane, had stopped to talk with fans waiting for him next to the airstair.

“We can also see Linda Thompson (@ltlindathompson) going up the airstair in a beautiful printed long dress.” 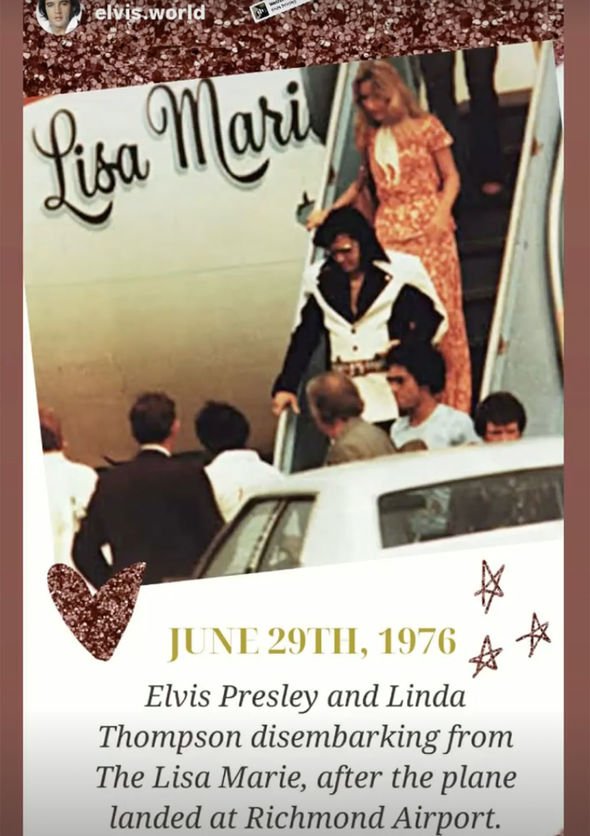 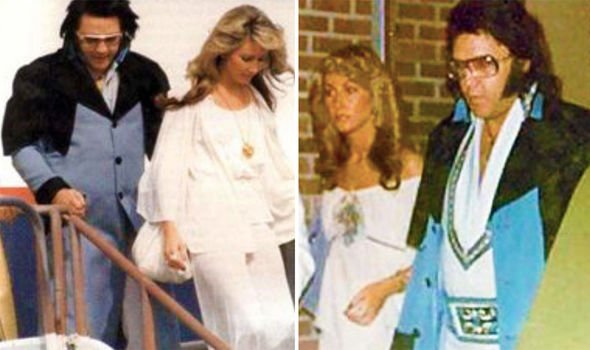 The footage had Blue Eyes Crying In The Rain playing over it, which featured on The King’s 1976 album, From Elvis Presley Boulevard, Memphis, Tennessee.

The Fred Rose penned track, which has been covered by many stars, was one of the last songs Elvis sang just hours before his death on August 16, 1977.

The King played the song on the piano in his racquetball court at Graceland during the early hours of that morning.

According to his cousin Billy Smith, who had just played a game with the star, Elvis also performed Unchained Melody for him, his wife Jo and The King’s last girlfriend Ginger Alden.

After singing for the last time, The King headed back over to the Graceland mansion around dawn.

Elvis was a night owl so would stay up all night and sleep all day before having breakfast in the Jungle Room around 4pm.

But tragically on that day he went up to bed and didn’t come down again after suffering a fatal heart attack on the toilet around lunchtime.