Video games and music have often gone hand in hand, but Final Fantasy is a special case. The music of the 30-year-old Japanese role-playing game franchise is so beloved that there have been spin-off games dedicated solely to the series’ music, and there’s an official live concert series that – after years of touring the globe – will play to fans in Melbourne for the first time next week.

Distant Worlds celebrates music from Final Fantasy with a 100-piece orchestra and chorus playing arranged versions of music from across the series. It’s helmed and conducted by Grammy winner Arnie Roth, who had never even played Final Fantasy when he took the project on more than a decade ago. 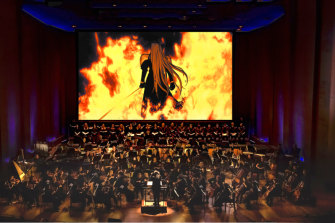 Final Fantasy in concert is a global hit.

“A friend told me that they had been doing video game concerts in Japan since 1998 and I should really check it out. And after checking it out, we decided to try it,” Roth says.

“At that time all the presenters and orchestras and people like that … kind of looked at this and thought, well this would be fun but you can't seriously assume that it would sell tickets unto itself as an entertainment item. And of course, they were wrong.” 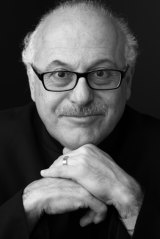 Grammy winner Arnie Roth was new to the games when he took the orchestral project on.Credit:Mark Hauser

The original 2005 show, with Roth as music director, was the first official Final Fantasy concert outside of Japan. It saw enormous success. In 2007 Distant Worlds became a worldwide tour; more than 100 shows and five albums later, it continues to draw fans.

“To this day we can literally land in Singapore, Bangkok, Japan, San Francisco, Chicago, London, Paris, Kuala Lumpur – and it's the same strong fan base all over the world," Roth says.

Distant Worlds has played the Sydney Opera House and, more recently, sold out the ICC Arena. The first Melbourne outing will feature an extended tribute to 1997’s Final Fantasy VII and a performance of Apocalypsis Noctis from Final Fantasy XV, with the game's composer Yoko Shimomura in attendance.

Roth has conducted his share of John Williams film scores but says this is a different beast.

"It's really been kind of astounding, the global audience for this."

Many of the pieces they perform are recurring motifs and character-specific melodies that have become filled with personal meaning for fans over hours of gameplay. Even the games from as far back as the ‘80s and ‘90s – which delivered music via simple synthesiser chips – have “the bones and the structure” of great orchestration, Roth says, and adapting them is one of the joys of the process. 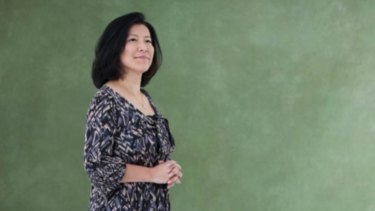 Composer Yoko Shimomura will make a special appearance at the Melbourne event.

“[Original composer Nobuo] Uematsu is such a traditional composer from the standpoint of melody and structure," Roth says.

“He's not doing a soundscape or background filler music, he's doing very much a classical style of writing, even though his vocabulary involves not just orchestral or chamber music, but also choral, rock and roll, jazz – all kinds of different genres, but still using the same precept of melody and structure first.”

A famous scene in 1994’s Final Fantasy VI includes 45 minutes of opera, complete with synthesised vocals and subtitles. That this was programmed for and reproduced by the tiny Sony sound chip inside the Super Nintendo is, Roth says, astounding. 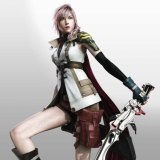 Distant Worlds now includes a fully orchestrated version of part of that opera, performed by three singers and a narrator.

“You come to the concerts, and all of a sudden [the old music] lives and breathes differently, as you know, live music will,” Roth says.

Distant Worlds is at Melbourne Arena on August 24.

18 Rules To Live By If You Want To Be A Big, Strong Man
Recent Posts