Home » Music » Chlöe Recalls When Her Love for Beyoncé Began Chlöe Recalls When Her Love for Beyoncé Began

Beyoncé is the blueprint of what a triple threat is in entertainment for many, and for her protégée Chlöe, it’s no different. Chlöe and her sister Halle were signed to the MTV Carmen star when they were barely teenagers. But long before being an artist on Beyoncé’s label, Chlöe was already a fan of the star and had a chance to work with her in a film.

Chlöe played a younger version of Beyoncé in ‘The Fighting Temptations;’ says that began her love for the icon

Before finding solo success as a singer, Chlöe was an actor. She’s starred in films such as Tyler Perry’s Meet the Browns and had a recurring role on the Freeform series grown-ish. But her first major role was as a younger version of Beyoncé’s character in The Fighting Temptations. 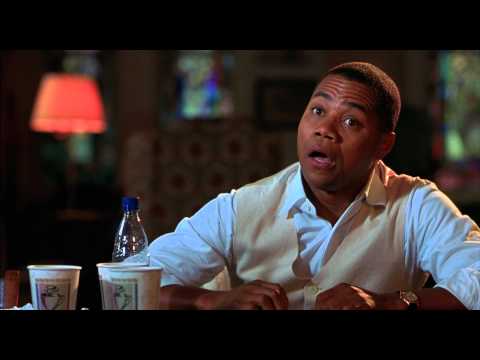 The 2003 comedy musical starred Beyoncé alongside Cuba Gooding Jr. The Radio star plays as an advertising executive Darrin Hill who loses his job and his girlfriend after his boss discovers he faked his resume. He returns to his small Georgia hometown to collect an inheritance from his Aunt Sally but in order for him to receive it, he must lead the church choir she left. He enlists the help of Beyoncé’s character and toddler sweetheart Lilly, whom he falls in love with again.

In the film,Chlöe is in the opening scene. “It’s really funny because when I think about that time, when I auditioned, I was 3 ½ years old, it was my very first audition for anything, and I remember meeting her, and I think she was like 22-23 at the time, and she was so nice to me,” Chlöe recalls of working with Beyoncé during a recent appearance on The Terrell Show. “Like, she would pick me up all the time, and then at the wrap parties, we would dance together. After that, I was like, ‘Wow she’s so cool.’ So, I think that was when my love for her began because a young child remembered how nice she was to me.”

Now that Chlöe has proven that she’s an electrifying performer, especially after her debut MTV Video Music Awards performance, many compare her to Beyoncé. The Destiny’s Child front woman signed Chlöe and her sister as a duo Chloe x Halle singers to a deal worth a reported $1 million for six albums. Chlöe takes the comparisons to the Queen B as the best form of flattery.

“She said she’s really proud of me,” Bailey told the hosts of The Breakfast Club. “[The comparisons] is not something that we specifically talk about. But I just love her and I’m happy she sees this light inside of me and my sister as well. I’m grateful [to be compared to Beyonce]! That’s the biggest compliment anyone could possibly give me.”

She also has revealed on several occasions that Beyoncé is always willing to be a soundboard of how to survive in this industry. For Chlöe, the best piece of advice Beyoncé has given her is to trust herself and stay true to who she is.

Prepping her solo debut has been a journey

Chlöe’s first two solo singles, “Have Mercy,” and “Treat Me,” have been mega hits. The latter of which received over three million views on YouTube when the music video dropped within just two days. Now, she’s excited to show her range with a full album that she’s been working on for over a year.

The singer recorded over 100 songs that she had to narrow down. She says the album will be infused with many uptempo tracks and pop songs, as well as showcase her production ability and vocal arrangements.