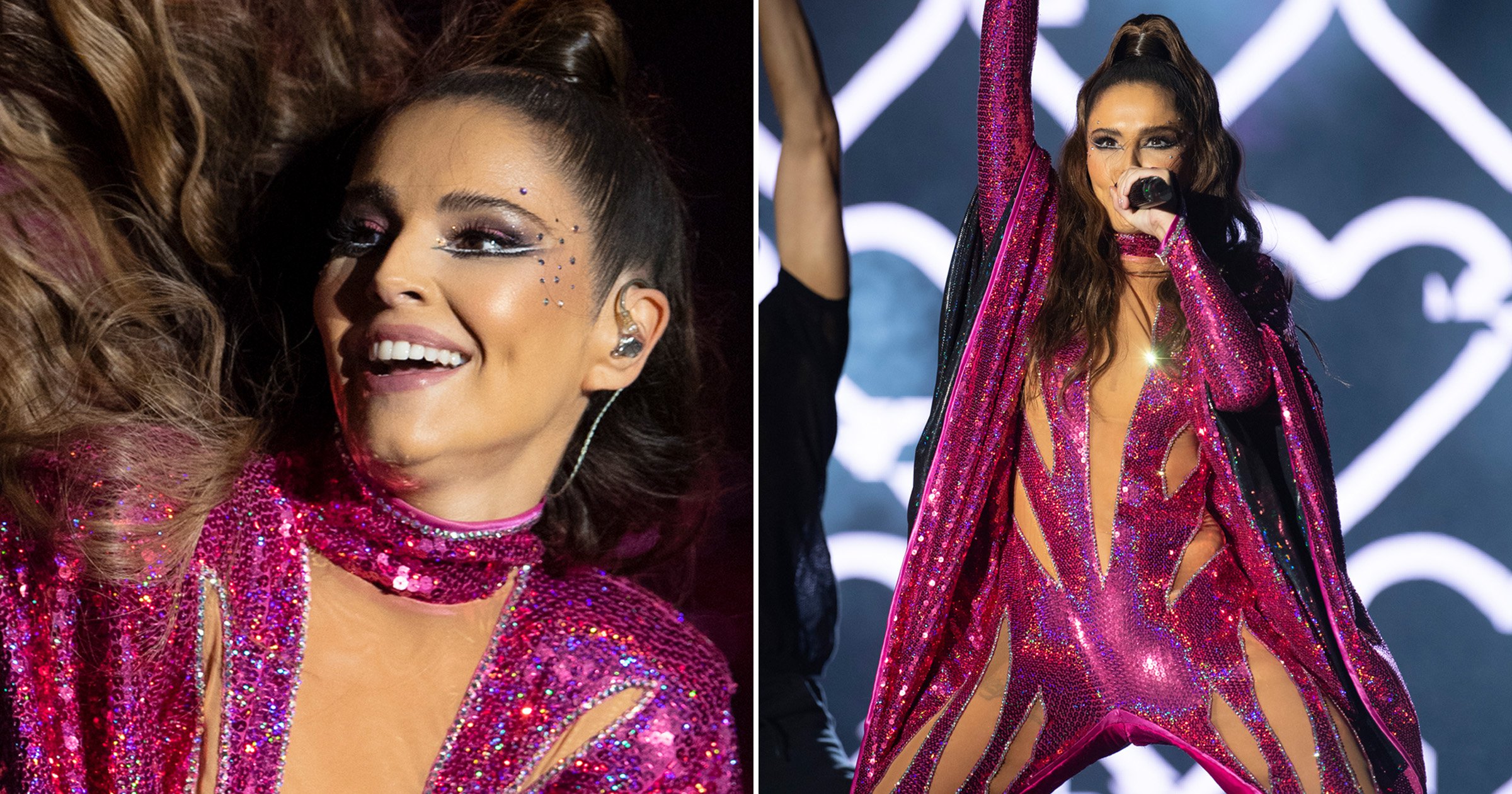 Cheryl took a lengthy break from performing following the birth of her son, Bear, but now she’s back and more dazzling than ever.

The pop icon, 38, returned to the stage to close Mighty Hoopla festival at Brixton’s Brockwell Park on Saturday night.

She wore dramatic eye make-up and styled her luscious locks in a half up, half down do.

Cheryl performed her hits including Call My Name and Crazy Stupid Love, both of which were number one singles.

Proving she’s well and truly still got it, the former X Factor judge put on an animated display as she performed lively choreography and beamed throughout her set, oozing confidence and endearing charm.

To perform one of her most loved songs, Fight For This Love, the star sent fans wild by hosting a mini Girls Aloud reunion, bringing out bandmate Nicola Roberts to duet with her.

In a statement ahead of Cheryl’s performance, Mighty Hoopla organisers said they were ‘thrilled’ to have ‘one of the millennium’s most iconic pop stars’ close their show.

They also promised fans ‘a pop-tastic set that’s sure to blow your military hats off’.

The performance marked Cheryl’s highly anticipated return to music after she put her singing career on hold when she became a mum to son Bear, now four.

The Greatest Dancer judge was part of a star-studded line-up for the event, as Alexandra Burke, Raye, Gabrielle and Becky Hill also performed.

Noughties girlband Atomic Kitten also delighted by gracing the stage to belt out the tunes that were the soundtrack to many upbringings.

The line-up consisted of Liz McClarnon and Natasha Hamilton.

Jenny Frost, who replaced Kerry Katona when she quit the band in 2001, was due to join her band mates, however she was rushed to hospital on Tuesday after smashing her head on a rock on a night out in Ibiza.

Alongside the relaunch of her singing career, Cheryl is hosting a new BBC Sounds show titled You, Me & R&B, in which the singer will share her favourite R&B songs from her youth.

However, the podcast has been met with criticism, as many scrutinised her credentials to front the podcast and argued the slot should’ve been given to a Black R&B artist.

Cheryl described the podcast as a ‘passionate love letter’ to ‘the greatest music genre there’s ever been’.

What is Behati Prinsloo’s Net Worth Separate From Her Husband Adam Levine?